How can I get rid of a visual flaw in my logo. It appears to be coming from 3D effect

I'm creating a logo that is text-based. When I add the 3D Bevel and Extrude effect, it makes an odd-looking glitch on one of the letters.

This logo is something I created in Photoshop then had to mimic in Illustrator so that I can give my client a vector format of the logo (rookie mistake!). So, I had to manipulate each letter to take on the shape of the one I'd made in Photoshop. Each letter is on it's own "layer" (is that a thing in Illustrator?) so that I could space them appropriately and edit each one separately. The letter in question was stretched both length and width-wise. There are no flaws in the letter before I apply the 3D effect. I've tried saving different formats of the file as well as undoing and redoing the effect on that letter by itself. I thought maybe it was just an issue with Illustrator, so I opened the file on another machine and saw the same flaw. This problem is not happening to any other letters.

Here is a photo of it: 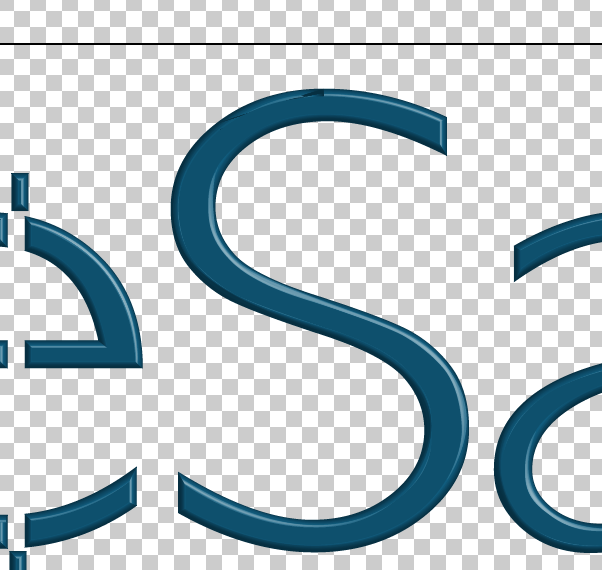 The issue is on the top curve of the "S".

And here are my settings for the effect: 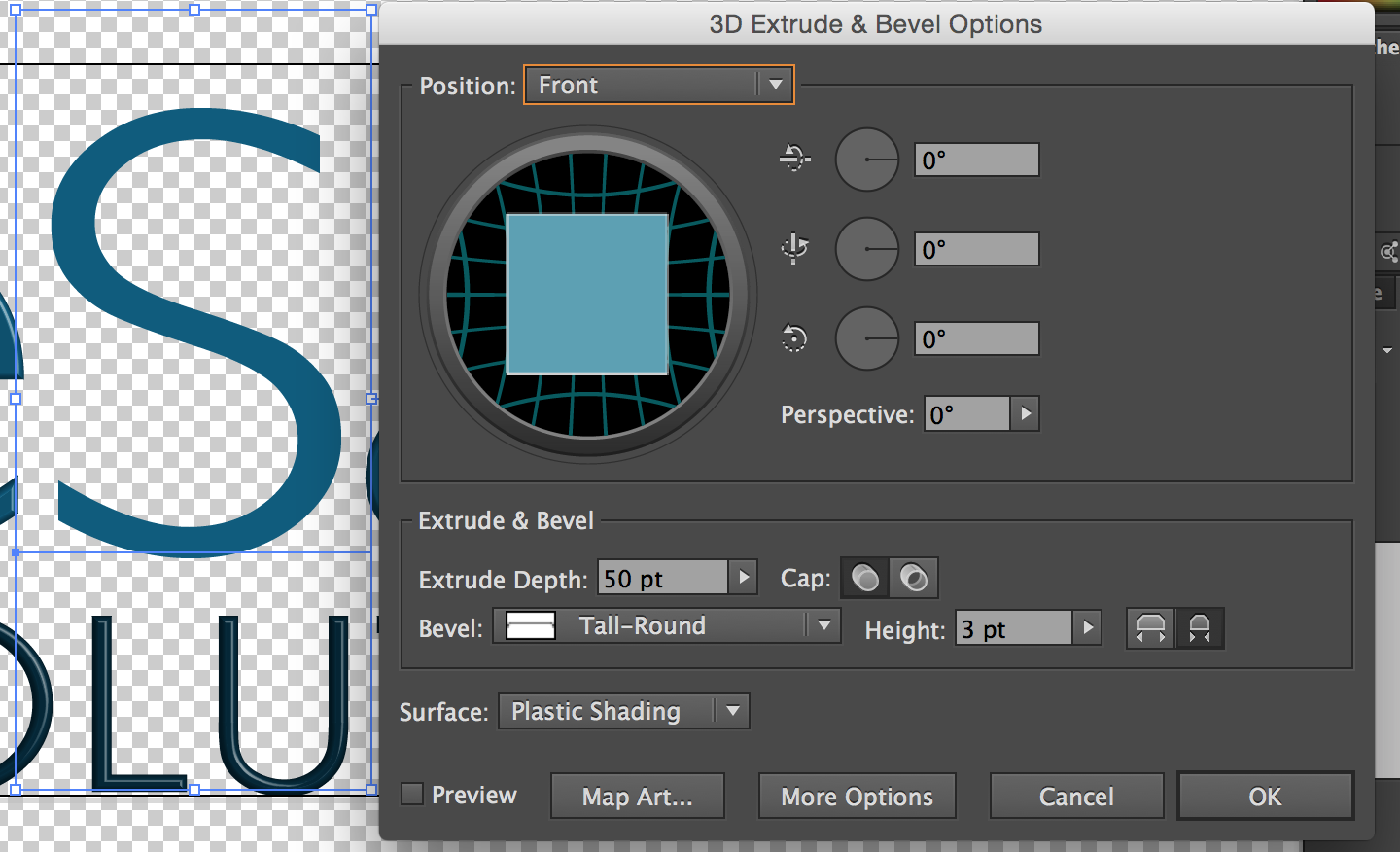 What am I doing wrong?

Illustrator's 3D effect suffers from this often. The only real solution is to alter a field by a very small amount until all the faces are drawn.

You can change the perspective to 1 and that may fix the issue with very minimal visual alteration otherwise. If not, look at changing some other field in the 3D effect a minute amount. Be certain to double check other areas after any alteration. Fixing one issue can easily result in another issue. Illustrator's 3D effect simply suffers from this serious bug.

I have faced this issue before with typefaces I install (or any shapes, really) that are visually spot-on, but contain small errors in the paths.

First, if your letter S is still editable type, then convert it to outlines (ctrl+shift+O or Type>Create Outlines). Then use your pen tool and select the paths by holding ctrl and clicking your S. Look at the path near where the artifact is.

I suspect that there is a doubling up of anchors in that spot, which creates a path that doubles back on itself in such a way that the solid object (letter) doesn't show it while something following that edge (like the 3d effect) has to flip to follow it.

2
A tutorial to learn how to add 3d effects to a logo
6
advise on “copying” text effect from existing logo
14
What are some good tips on how to extrude text in Adobe Illustrator?
5
Illustrator giving two values for ppi for a linked raster image, only when rotated?
1
Bloat text in illustrator, not individual letters
0
Problem changing type orientation in illustrator
1
How can I remove a transparent interface in a 3D extrusion in Adobe Illustrator?
4
I want to warp text in a custom shape but I don't want it to be distorted
3
How to recreate The Muppet Show logo in Illustrator?
1
How can I export an SVG with letters to one singular path and without any transform properties?