See the problem below, Blue layer is clipped with the grey background but as soon the blue shape layer starts "Shadow Intensity is low" 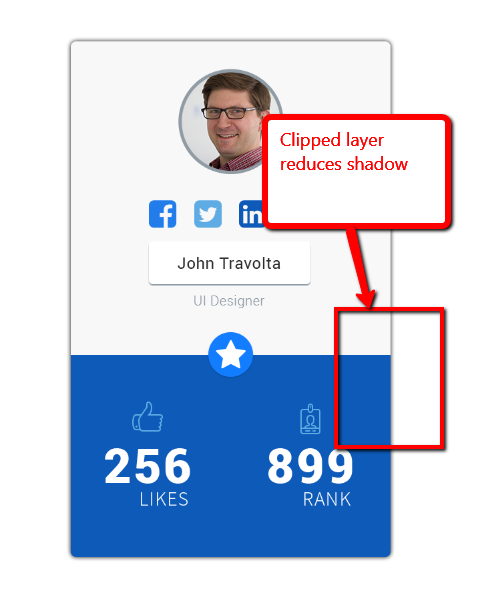 Here is a closeup of the problem 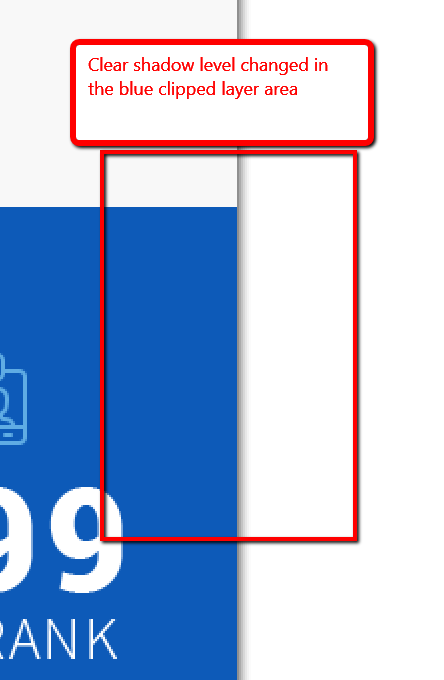 Okay here is the Layer Panel for this 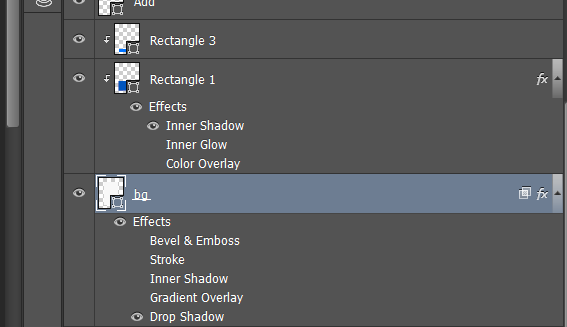 That's an optical illusion - if you zoom in really close, you'll notice that the shadow is actually the same, but because of the higher contrast between the white part and the shadow, it seems to have a contour that the blue part does not (at least that's what it looks like for me). 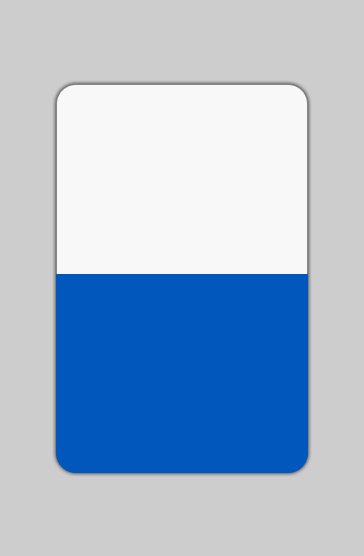 If you zoom in, you will see that the white part is now smaller (with the stroke inside the shape), but you get the impression that the shadow is more even.

Hope this helps, even if a little!

The blue color is getting merged with the shadow effect. Try to change the contour from the drop shadow wizard 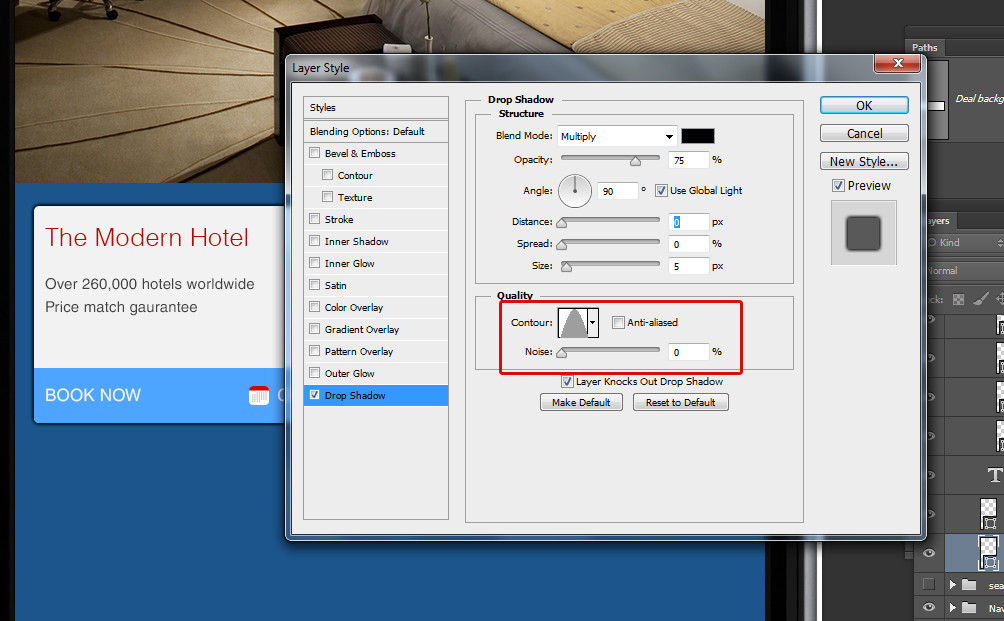 Not the answer you're looking for? Browse other questions tagged adobe-photoshop photoshop-effects mask layer-style blending or ask your own question.

0
Photoshop shape segment with gradient
0
Photoshop transform selection on a single layer
1
A layer covering all non-transparent areas in Photoshop
1
How to make this shadow in Photoshop for object which lifts high enough to allow light to pass through in one area?
1
Ai: How do I apply a layer's layer style (eg shadow) only to the object or group below it?
0
Shadow Effect On Photoshop
2
How to set inner glow (vignette) effect size to value bigger than 250
2
How can I create text with a drop shadow combined with a stroke in Photoshop?
1
Photoshop “shadow / object” that replicates “subtraction / differentiation” in all the layers except the background