I have a black and white image, a scanned signature, where I want to change the colour of the black lines to blue (or red or something else). How do I do this? Preferably with freeware (I have Mac, Win7 and Linux, I prefer the Mac).

There are several ways to do this in GIMP, or in any other raster image editor (Photoshop, Krita, Paint.NET, etc.) implementing similar features. Here's one way to do it, demonstrated on a famous example:

Of course, there are several other ways to do this, as well. For example, you could:

I'm sure there are other methods I've left out, too.

All of these methods have their advantages and drawbacks. For example, the Levels / Curves and Colorize tools are quick to use, and give you a single colorized layer without having to merge layers, but they're not so convenient if you already have a specific color picked out, and they don't allow you to use more complicated textures instead of just plain solid colors.

On the other hand, the Curves tool (and also Levels, to some extent) allows non-linear color adjustments, which can let you simulate very dark inks (that look almost black when applied densely, but show some color on the edges and in thinner strokes) better. That requires a bit more skill to get right, though.

Meanwhile, the Layer Mask method gives you a blue-on-transparent layer instead of blue-on-white, which might be useful sometimes. (But do note that you can achieve a very similar effect by applying to Color to Alpha to the finished blue-on-white layer, anyway.)

Thanks to the inspiration from the comments and answers above I downloaded Graphic Converter (for Mac) and played around a bit. Using the following settings in the dialog Picture -> Brightness/Contrast/Hue the black line become blue 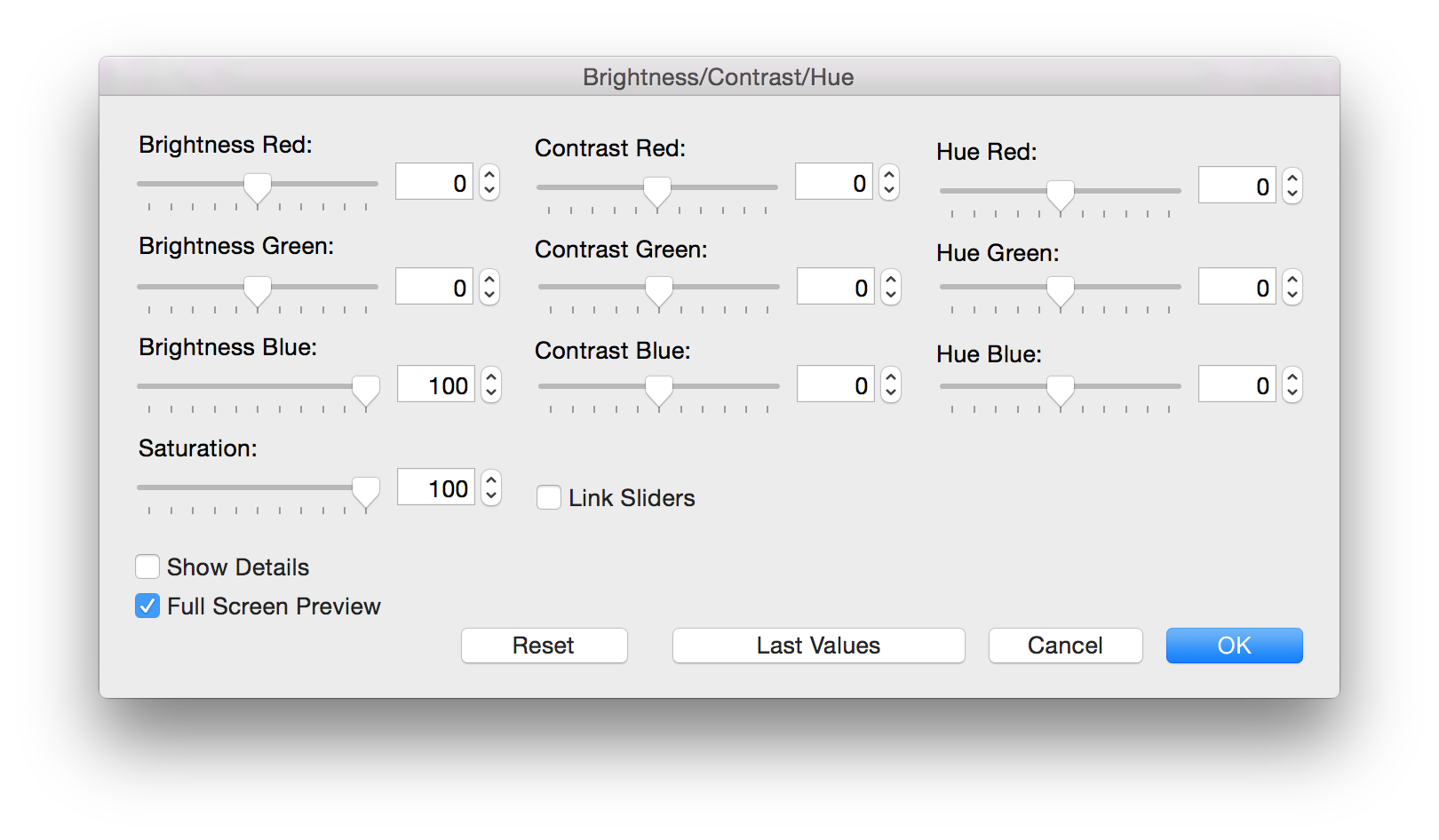 Graphic Converter is not freeware but there is a 30 day demo period and that was enough for me in this case.

Alternative, assuming a black and white document, like text.

user21444user21444
101
Add a comment  |
-5
Want to improve this post? Provide detailed answers to this question, including citations and an explanation of why your answer is correct. Answers without enough detail may be edited or deleted.

For that I will suggest that you use hue and saturation which will fulfill your requirement.

Not the answer you're looking for? Browse other questions tagged color image-editing or ask your own question.

5
Is there way to colorize by RGB in GIMP?

27
Removing grain from handwritten signature
0
Black and white image won't change colour
0
How do I remove black lines from an illustration / artwork?
1
Illustrator CC: Inverting text colour, white on navy blue & navy blue on white
0
How to remove color areas from an image?
1
How do you set the text colour in Indesign to change depending on page background?
0
How can I map a grey scale image to a specific color channel gimp?
1
Barcode in coloured parallel lines
0
How can I perform colour and alpha replacements based on colour channel?
2
Colour in image does not match colour selected through Gimp's 'colorize' tool