Right now, I'm trying to create a radial gradient for a client who uses Pantone 282 and Pantone 5415 (Navy Blue and a sort of Slate Blue). The problem is, I'm getting this ugly-as-sin gray taking up a large portion of the transition space. 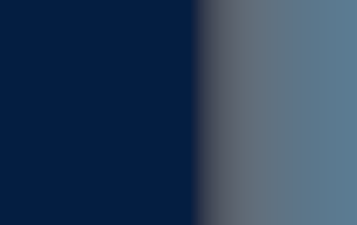 Why? And how can I fix that?

I have read a couple of articles from Google searches, but they always seem to terminate in a black stop and the solution is to "add richness to the black". These are going to be print pieces used in a variety of media and I would like to stick with the Pantone or at very least CMYK values when working.

I'm looking for a smoother blue-to-blue transition, like this (I achieved this by playing around and setting both stop colours to LAB): 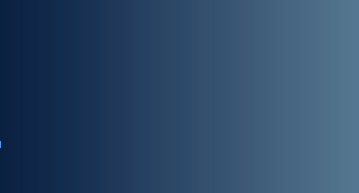 Pantone to Pantone gradients are really never smooth on screen. The translation to RGB for display doesn't tend to allow for smooth transitions between spot colors. L*A*B is smooth because it's spectrum is not as rigid as spot colors.

Stack these two gradient on top of each other and set the top object to overprint in the Attributes Panel.

Then turn on Overprint Preview in the View menu.

This will do a better job of displaying the pantone gradients as they would appear off press. It's not 100% smooth on screen due the translation to RGB for monitors. However, it's better than trying to create a pantone to pantone gradient.

This same technique works better in Adobe Illustrator as well.

Not the answer you're looking for? Browse other questions tagged adobe-indesign gradient or ask your own question.

6
How to make a smooth PMS gradient transition in Illustrator