How do I join a reflected object to the original so there is no stroke running down the middle?

I am designing a logo for a trucking company and I have an idea of using the front of a truck. To that end, I used the pen tool and traced half of the truck. Each element (bumper, grill, lights, windows, etc.) are different layers. Each element is a completed path.

When I was done, I copied the paths then pasted and reflected them. When I joined up the two groups of objects I had a symmetrical truck!

The issue I'm running into now as I try to color it is that any stroke I apply will run right down the middle.

How can I join these two objects so they act as if they are one piece? Right Click > Join doesn't work because it says:

"The selected objects cannot be joined as they are invalid objects (Compound paths, closed paths...)" 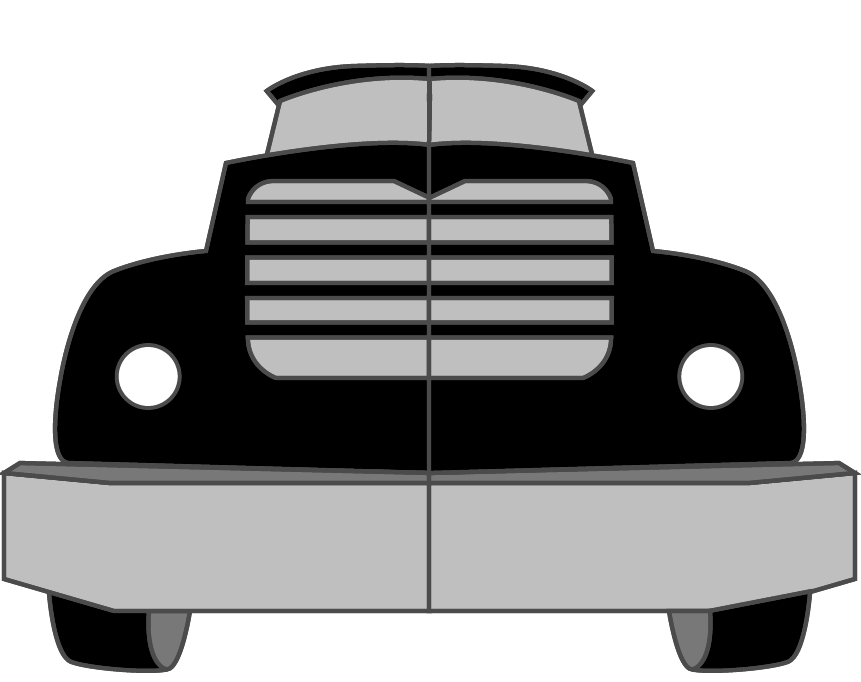 Where the two shapes meet in the middle (such as the front of the bumper), select both shapes then union or unite via the pathfinder tool.

That will turn the two shapes into one without the line in the middle.

You'll need to do this for each pair of abutting shapes.

(That said, for logos, I typically try not to use borders on elements. Instead I make sure everything is a shape. So even though it looks like a border, I convert it into it's own shape. Now, I can't necessarily justify that. That may just be an old habit from 20 years ago to avoid other people accidentally messing with my stroke widths.)

Add a stroke (center or outside) to the objects. Then go to Path → Outline Stroke. Then Unite via Pathfinder.

2
Breaking up a live traced word
8
How to join two overlapping non-end points that belong to two paths?
0
Illustrator - Compund Paths (2 paths) to SVG
1
Why are my corners "inside-out" in Illustrator?
1
color fill segments of a path
0
How to join separate shapes in Adobe Illustrator
0
There is a line in the middle of my stroke. How do I fix that?
0
How do I join the anchor point from one path, to an anchor point on another path?
2
Cut a combined path along pair of non-connected nodes in Inkscape