Trying to merge two shapes, and keep only the perimeter path. I have a triangle and a curved stem, which together form an arrow. When I merge the two using pathfinder, then apply a stroke, it outlines each shape independently. I just want to be able to treat the combined shape as one.. so a stroke, and gradients will be applied to the complete arrow, not the stem and triangle separately. I have tried deleting paths, points, and every function in the pathfinder tool. In my screenshot, you see the two shapes, and you can see how the path and gradient is being applied to each part of the arrow separately. In the second screenshot, you can see a mockup of what i want to happen.. you see the patch being an outline of the two shapes merged, and the gradient applied evenly over the two shapes together. (second image made in photoshop) 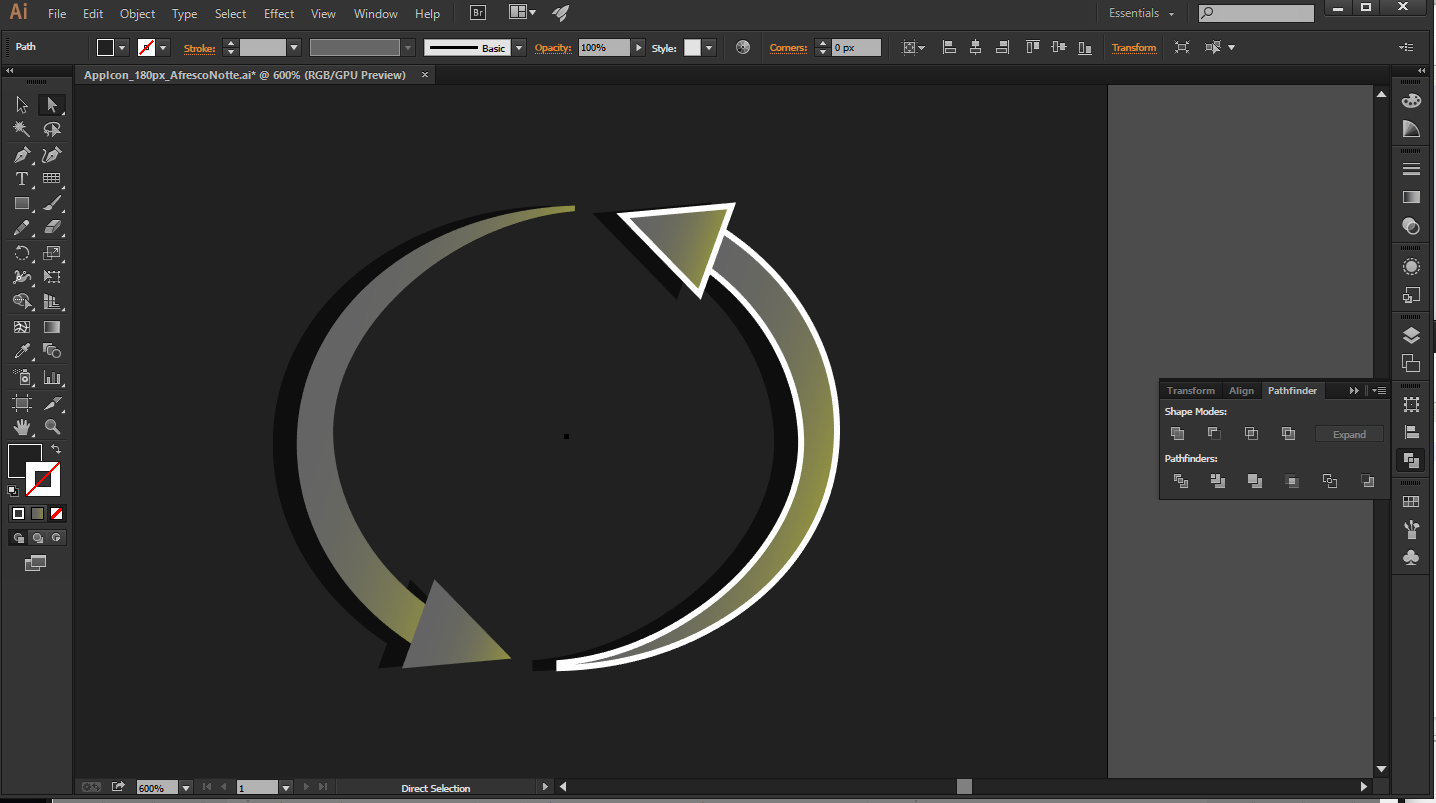 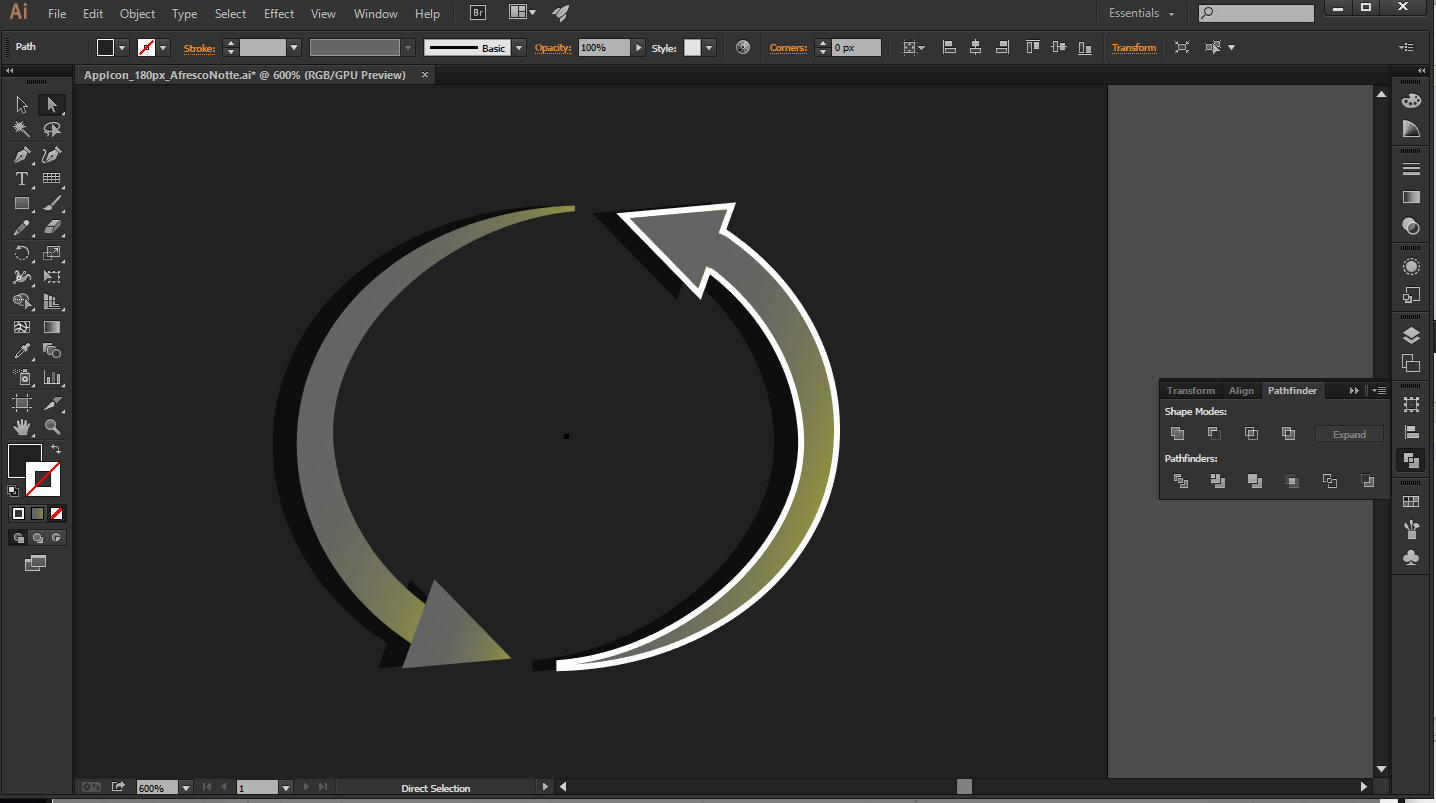 What I Want (mockup):

You need to override the elements (or part of them, for example, pull only one node of an object for "inside" the other) before you merge them. 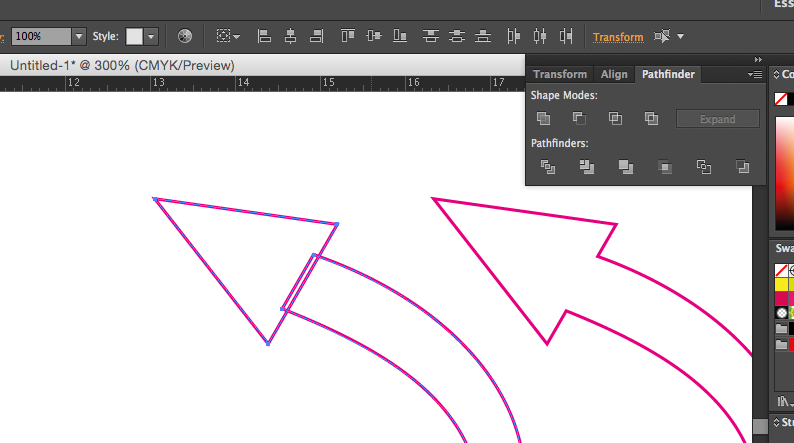 2
Is There An "Erase Lines Mode" In Illustrator?