Copying an excel multi line cell into an Indesign table

I'm creating a booklet with indesign and I am trying to copy data from an excel spreadsheet into an indesign table. I was given an excel spread sheet with the a list of peoples names, their titles and their companies. I have to put a name in one column and then in the other put the company name and their title, as the picture (1) here illustrates: 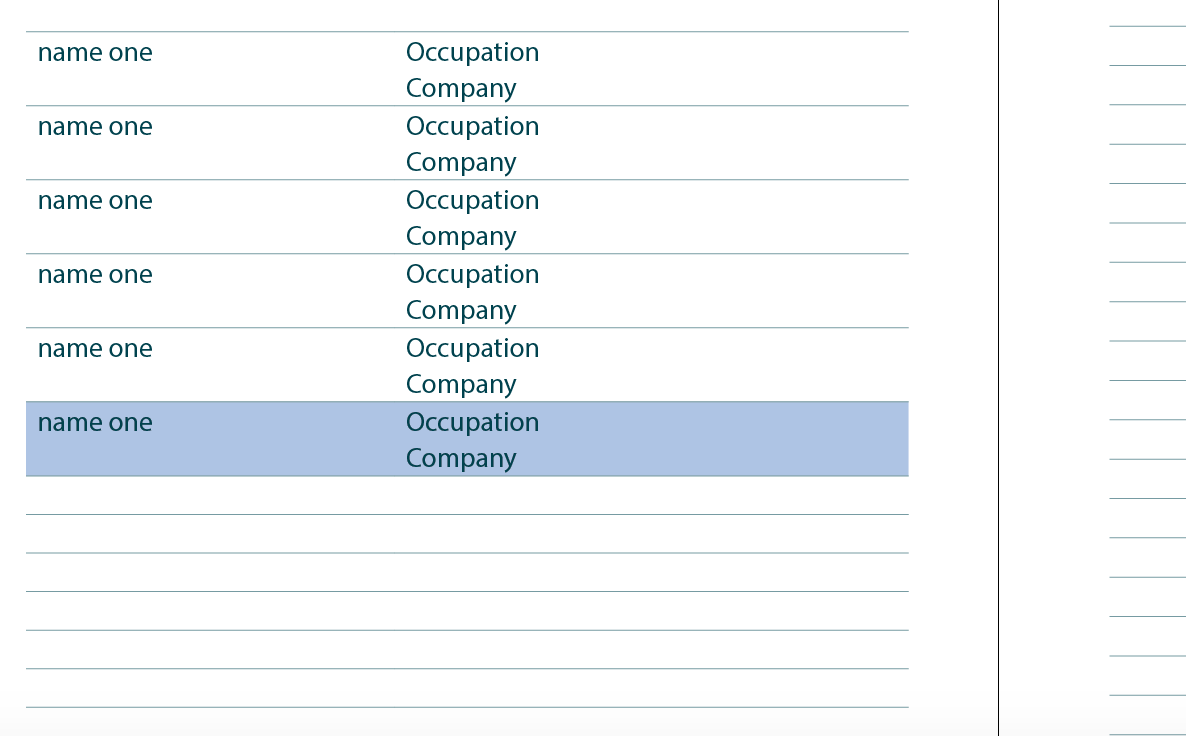 Where the problem arises is trying to merge two cells in excel so that they are underneath each other and then paste it into one cell in the indesign table. 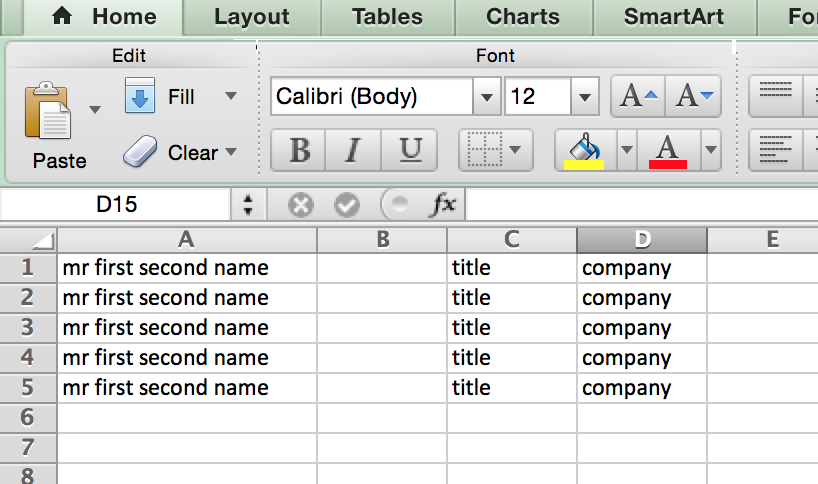 I tried to combine column C and D (as IN THE PICTURE) and insert a new line between the columns. (=C1&CHAR(10)&D1)

This worked in Excel but when copying it into indesign they do not go underneath each other but into different cells and they also show " quotation marks around the text.

I know there must be a relatively simple way of doing this in Excel and then copying it into indesign but I have run out of ideas. Can anyone tell me the best way to approach this as I am stuck. Thanks in advance.

You're on the right track concatenating the two columns into one in Excel, but, as Lauren Ipsum suggests, use a placeholder (eg. a tilde '~') instead of the CHAR(10).

Then, copy your Excel data and paste it into an InDesign table. Then Find/Change each tilde with a new line character and you're done.

Not the answer you're looking for? Browse other questions tagged adobe-indesign tables or ask your own question.

0
How to import a Microsoft table into InDesign without editing?
0
How can I set InDesign top and bottom cell inset default values for Excel imported tables?
4
How to auto generate bulk greeting cards from excel/csv data
3
InDesign: how to get table correctly aligned on master page
0
Automatically apply table cell style based on whether the cell is empty or has content
2
Importing learning cards in Indesign from EXCEL or XML or JSON file while keeping some basic formatting
0
Some glyphs won't copy from Illustrator into InDesign
0
InDesign: Import spreadsheet as single, formatted, column
0
Extracting InDesign layer names to text or .csv