I'm trying to create a spiraled text in which the text size decreases as it spirals inward. I've tried putting the text on a path created using the spiral tool and executing a script to decrease the size of each character, but I couldn't figure out how to access my text selection correctly.

This is the kind of spiral I'm looking for. 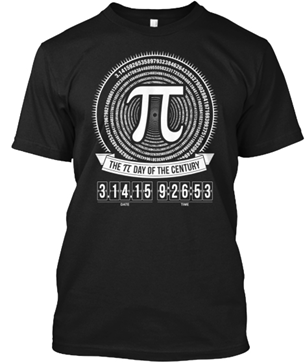 I've also put the text on a straight path, expanded, and used the free transform tool to make it a tapered art brush. This achieves what I want with straight lines, but the spiral doesn't render the brush in an acceptable way. 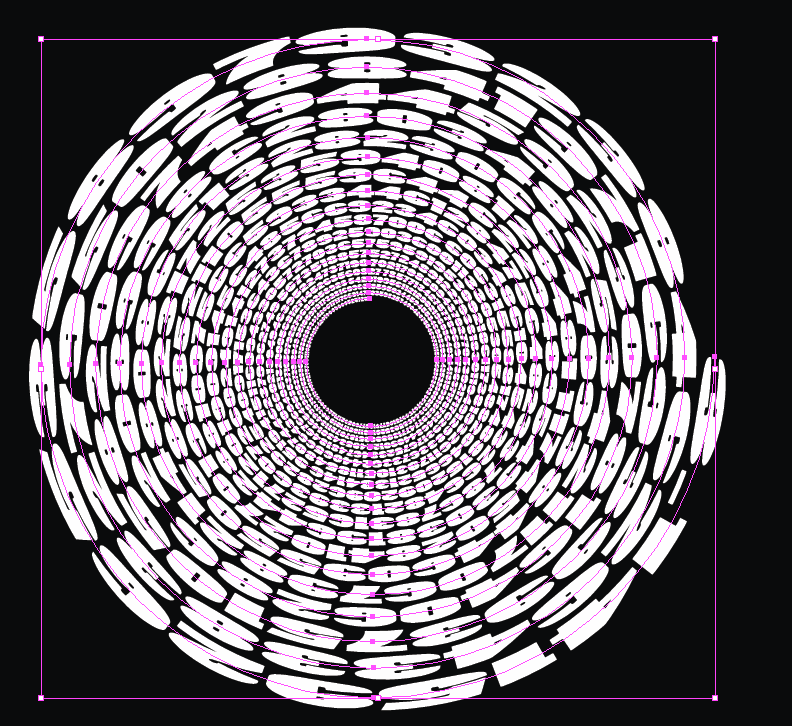 I also tried applying a triangular brush to the spiral path, typing and expanding my text on a straight path, and making an envelope distort using the spiral as the top object. The results were kind of awesome, but not even close to what I was looking for.

I think the best way would be to figure out how to execute a script on the text selection.

I already have the basic logic of it solved (using JS):

This is the only thing holding me up from an otherwise very simple and straightforward design. I've spent several hours trying and I've got nothing. Does anyone have a simple solution for making my spiral look pretty much exactly like the Pi spiral in the sample t-shirt picture?.

There are two ways I would tackle this (I work in Freehand but should be similar). First would be to taper the point sizes of the letters (assuming block caps, monospace) which requires manual entry to 2 decimal places per letter. That can take a while.

The second is to generate two spirals, one baseline one cap line, and assign to the text in half to almost full circle sections. This requires the making of closed shapes and won't allow further text edits, but it's faster.

Not the answer you're looking for? Browse other questions tagged text path illustrator-scripting font-size or ask your own question.

2
how do make an Archimedean spiral of words decreasing in font size every 3 characters?

1
Programmatic swirl function
2
How can multiple arrows be created along a path in inkscape?
1
How do you make paths and apply brush strokes simultaneously in Illustrator CS6?
0
Photoshop: how to select multiple paths on different layers?
2
Non-rounded inset in Inkscape
0
Is there a way to 'fill' an incomplete sketch
3
Tapering Text Along a Path
2
Approximate path Illustrator plugin
0
Envelope distort with top object doesn't give the expected result
3
Illustrator - how to create a Pattern Brush that overlaps itself?