I am trying to make the path of the letters in 'hanwell' trim to/flush with the edges of the bridge illustration, so that the letters only appear in the gaps between the bridge pillars.

I have drawn a bridge using the pen tool and shapes, all parts of it are all on the same layer.

On a new layer I then expanded the type, selected both the type and the bridge, and clicked 'unite' on the Pathfinder Panel.

This nearly did what I wanted, but a strange horizontal line appeared, ruining it. Can anyone explain where this line has come from and how I can get rid of it?

To try and figure where this infuriating line was coming from, I tried getting rid of the text, selecting just the bridge and clicking unite, and it appeared again, which suggests to me that the problem is something to do with the bridge illustration and not the text.

As per the suggestion from a kind helper, I have also included what I get if I press show outlines (before I press unite) - strangely the rogue line doesn't show up.

The pathfinder functions don't always work well with open paths. The way I would solve this would be to try and make the archways into a closed shape without any open end-points.

To work with Pathfinder, I might make a copy of my entire structure and make it all into one shape - then I could use this copy to activate the Pathfinder functions and keep my original design intact.

Lets say I have a simple bridge made of paths like this:

The parts with black strokes are open paths, and the grey are closed shapes

I would then join these end points of the arches to a line above. 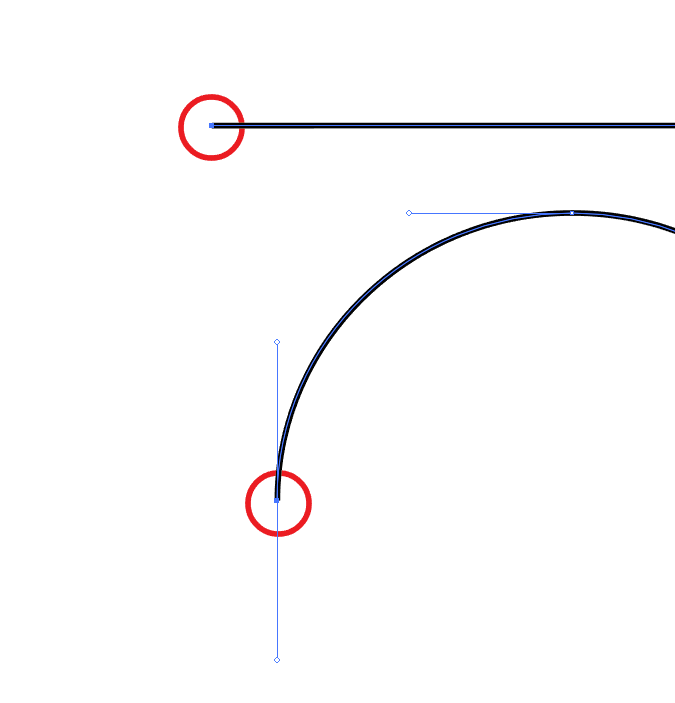 and CMD + j to join them 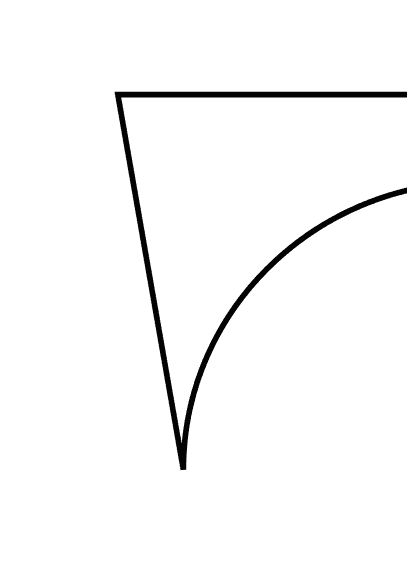 Once we've done that on each end we have only closed shapes to work with:

Which we can then Unite into one solid object:

Then we can bring in our type and Unite this shape with it:

To see only the outlines of every object (even the ones that have no fill or stroke) go to view>outline. That way you can see what is bothering you. Here what you have to do is obvious, and you started doing it: take care of the bridge" and only then add the type. I think something wen't wrong with the original drawing of the bridge so the best thing would be to rebuild it.
Your shape is pretty simple, its only this repeating itself: 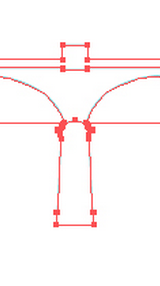 Here's how you rebuild the image fast: 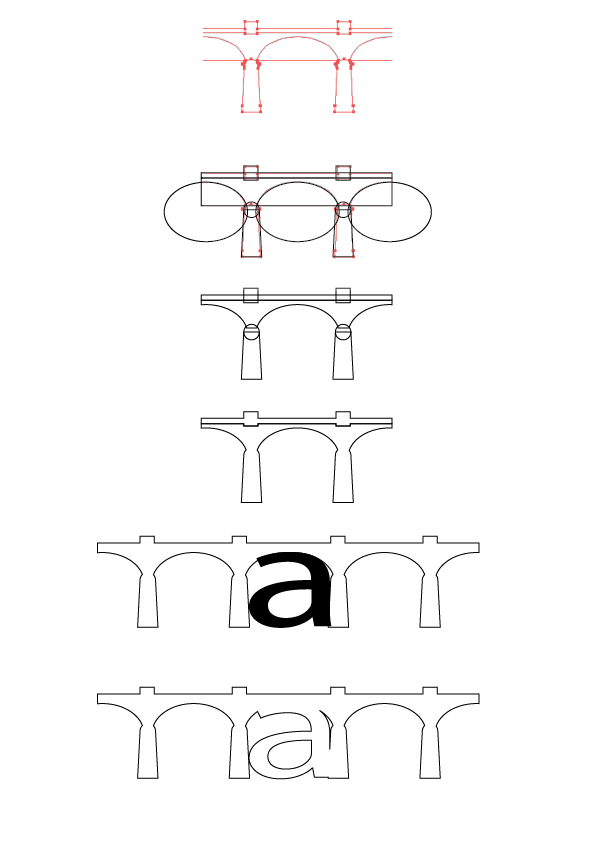 So just rebuild this little part with your pentool.