Let's say I have two rectangles, and I use the Connector Tool to connect their centers (which are the only ones indicated when the tool is used): 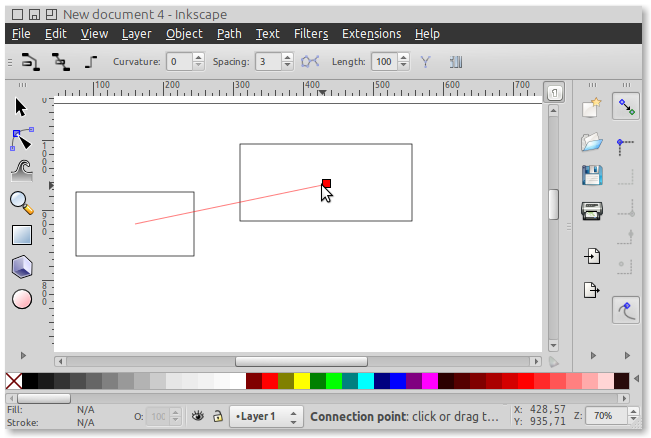 The connector line is drawn as a usual line: 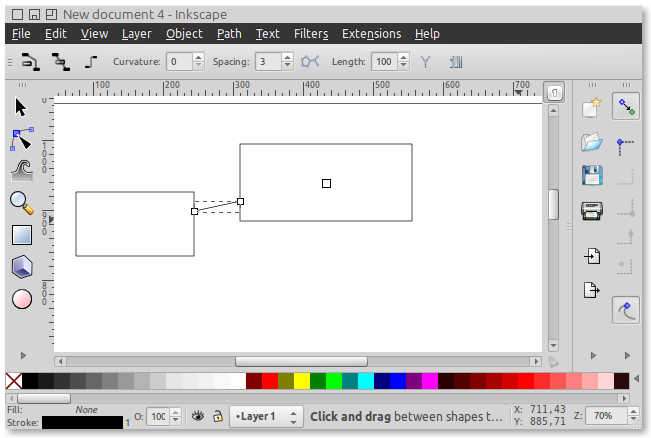 If I then move the right rectangle, the connector line is redrawn, as expected: 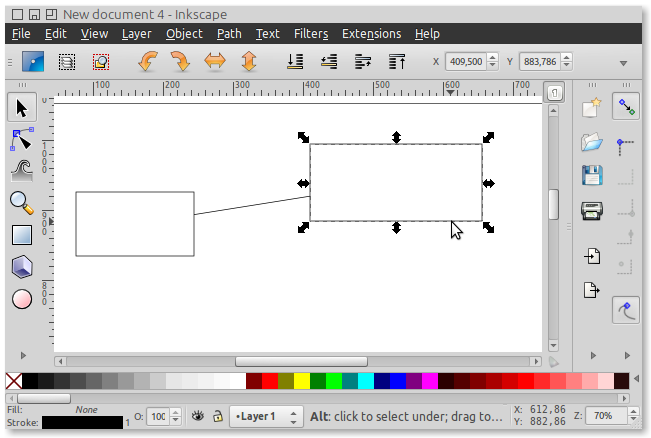 Now, let's say with the Node tool, I add a third, "knee" node in the straight connector line, so that the connector line now is "with an angle": 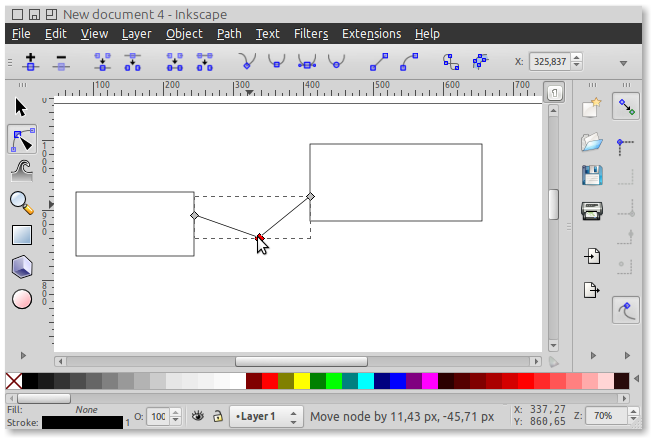 If I now move the right box a bit to the left, the connector line is redrawn again - but the additional, "knee" node is lost: 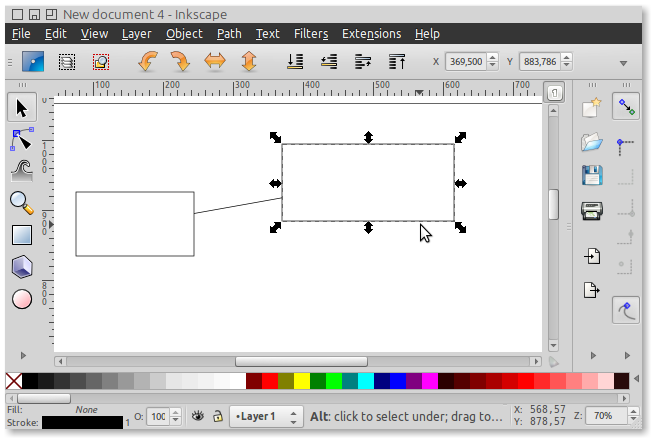 Is it possible to somehow have both connector lines (snapping with their end nodes to their attached shapes), and the ability to remember additional nodes added to that line? If an object moves, I'd imagine only the node attached to that object to move, while the rest forming the connector lines would stay (i could then adjust them manually).

Steps 2. and 3. require some target practice or zooming. Moving the knee will be somewhat nasty as it is difficult to select. I suggest selecting it with the rectangle selection tool and move it with the arrow keys.