How to get rid of these outline artifacts in an Inkscape SVG trace?

I can get good trace results in Inkscape converting a bitmap to a vector image - except for these persistent thin outline artifacts. They resemble a topographic map and pretty much ruin the trace. 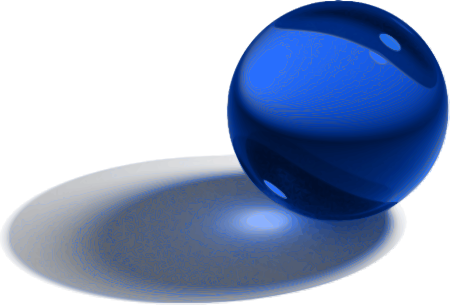 There are no strokes on these paths, just fills. So there shouldn't be any visible outlines.

In case it helps, here are my trace settings: 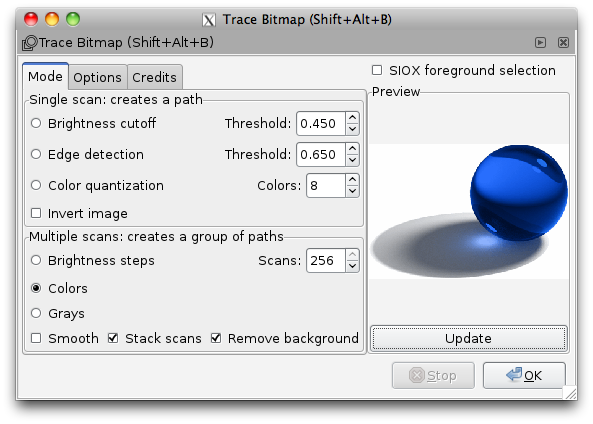 Such artifacts appear in Illustrator traces as well. But specifically I'm seeking a solution for preventing or removing them in Inkscape SVGs.

The problem is basically in the way Inkscape is deciding to split your image into color regions: instead of simply having the lighter colors overlap the darker ones (or vice versa), you're ending up with two adjacent color areas that both overlap a third color.

Since the edges don't line up perfectly (due to both tracing inaccuracies, and also some fundamental limitations of anti-aliased vector image rendering), some of that third color ends up showing through the gap, creating the "edge" you're seeing.

Alas, I don't know of any good way to fix this issue. You can get rid of the background colors by unchecking the "stack scans" box, but then you get transparent gaps between all paths, which is generally even worse. Sometimes, it may be possible to obtain acceptable results by tracing the image with "stack scans" unchecked, and then applying a small outset (say, 0.5 px) to all the resulting paths to fill in the gaps, but don't expect this to preserve fine details very well.

For your specific example image, one possible solution might be to trace it in grayscale (i.e. selecting "Grays" instead of "Colors") and then re-coloring the traced image afterwards; the grayscale tracing mode doesn't seem to suffer from this issue (which I'd really consider a bug, or at least a design flaw, in Inkscape's color bitmap tracing). Of course, this only works well for images that are essentially monochrome, or otherwise have simple and easily recreatable coloring.

The artifacts you experience come from the supposed-to-be invisible strokes at the outer rim of the stacked objects created for each color chosen at tracing.

Artifacts may become worse in case we had applied a Gaussian blur to the bitmap before tracing. This is done by the smooth option in the Inkscape trace dialog. Therefore it was a good idea to not check this option. 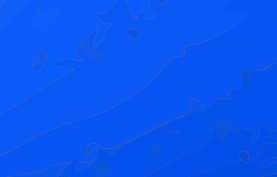 Reproduction of the line artifacts

Define a stroke with the fill color

Now to get rid of the artifact is a bit cumbersome. We have to create a stroke to each of the 256 color objects we had created and set the stroke color identical to its fill color.

We may find a script or external plugin which allows to define the stroke color matching the fill color for each object of an SVG but my preliminary search on this sadly was negative.

To also remove the still visible color step between neighboring objects we may add some blur effect to the objects but this will lead to a tremendous increase in rendering time of the SVG.

I left the Brightness at 0, Fading at 0

and there was noticable improvment, but not perfect. Hopefully this helps towards the perfection you seek. The image was too large for my underpowered laptop to experiment much.

Not the answer you're looking for? Browse other questions tagged vector inkscape svg image-trace visual-artifacts or ask your own question.

5
Inkscape: Get an outline of an object
7
How to correctly using potrace (CLI) to trace bitmap
4
How can I trace the edge of a svg file using inkscape without rasterizing the image and re-vectorizing it?
2
How do I trace this bitmap with JPEG artifacts?
0
How do I trace outlines keeping the original colours in Inkscape?
4
Inkscape to trace bitmap with 4k+ colors
3
Crop SVG with Inkscape
1
Illustrator Image trace: want outline of image, getting unrelated shape
1
Why is trace bitmap not working in inkscape?
2
Outline-like artifacts in Inkscape bitmap trace?