What is the best way to create partially extracted photos? 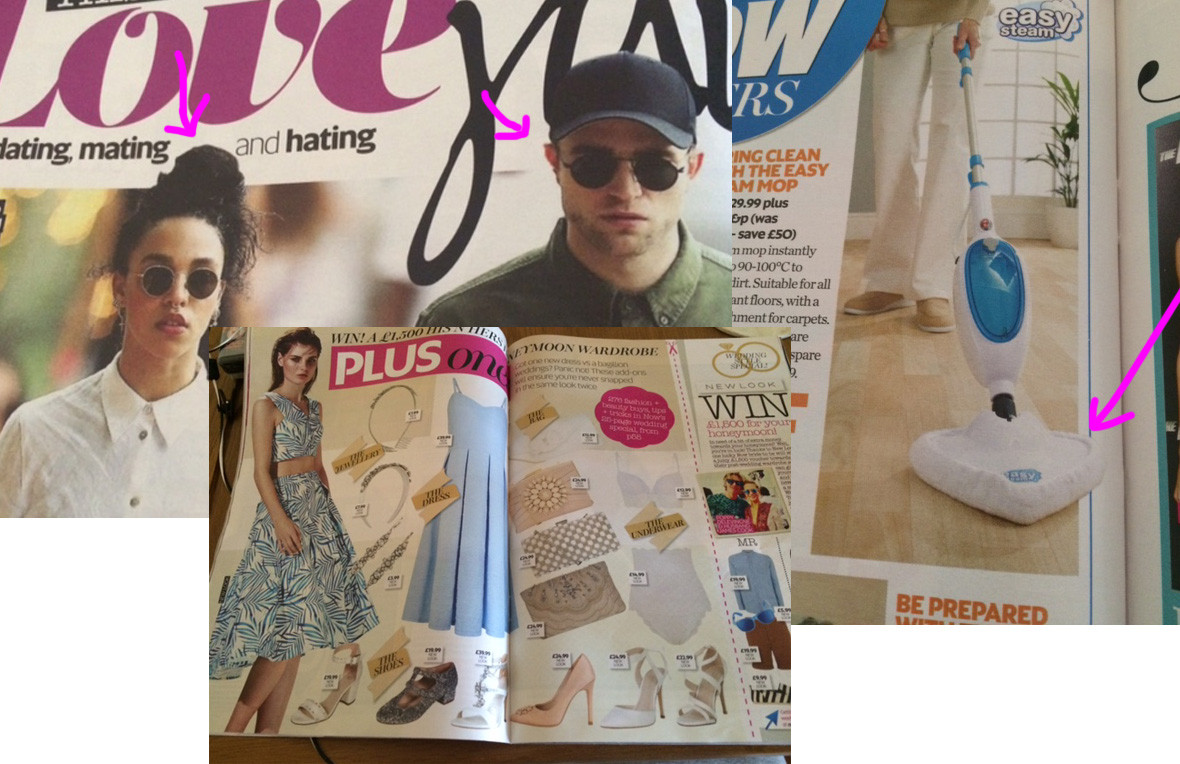 This is from a magazine but I was just wondering how this effect is done please see pink arrows showing areas of image that extends beyond where the background has been cropped. So its kind of like a partial clipping path.

Would it A) have been set up in photoshop first with a saved clipping path then saved as a tiff or psd or something then placed into indesign. (this would mean knowing where and exactly how much the image needed to be cropped down by)

OR B) Place the original image into indesign a create a clipping path for just the top of the image and around the tops of their heads/side of the broom as in the other image. So this can be done on the fly but with hard edges because you can't really soften edges for hair etc in idesign can you?

OR C? something i haven't thought of yet!

This is kind of a 2 part question!

My other question is related to all the images for mags etc in general like this - what is the industry standards for saving them - would it be jpgs? or tiffs/pngs that support transparency (especially for the product shots). Are the cut outs done in photoshop then saved as layered files with the clipping path or flattened down then saved etc?

It is essentially A.

You place the photo, determine the position of desired crop, then edit the photo in Photoshop so it is cropped where desired.

For print production, and using InDesign+Photoshop, the image would just be saved with transparency as .psd files and placed into InDesign.

On occasion, using 2 versions of the same photo can come in handy. You place the full photo in InDesign. Then crop the photo. Copy the placed photo and paste in in the exact same position, then link the image frame to an extracted version of the photo. When output, you can't tell there are 2 images being used but it allows stacking and showing some unusual extractions when needed.

With InDesign it is also possible to control visible layers in a placed .psd file. So you could use a layer with the full photo, duplicate it, then switch to use a layer inside the .psd that is extracted. 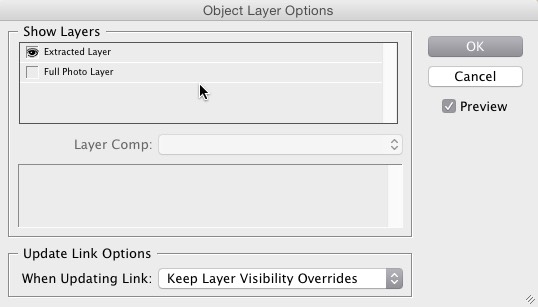 This way it's only 1 image file used in different manners.

I do option A. I keep one file with the whole image. Then, I open that file in Photoshop, save it with "CUT" in the file name as a .PSD. I draw a clipping path using the pen tool around the whole object, or just part if I know exactly where I want it to stick out. I save the path, select it and create a layer mask. I place the original image in my InDesign layout and place the "CUT" .PSD file over it. This allows me to adjust the background cropping as needed.

If I would be asked to do it, I would go for the solution A you mentioned. It's not a problem to make some adjustments in the psd file.

About the standard file format I think there is not one for all, every format has its pro and cons sometimes you choose one other times another as needed.

Not the answer you're looking for? Browse other questions tagged adobe-photoshop adobe-indesign workflow mask or ask your own question.

0
Best method for going from Photoshop to InDesign with masked text?

5
Clipping mask retained in jpg file
0
Best way to document ideas when brainstorming website design
0
In illustrator how do I create a clipping mask path based on a path layer?
3
How to manage overlapping shadows without using clipping masks in vector illustrations
2
Can Illustrator use a clipping path from a jpg created in Photoshop?
2
How to export / handle extremely large PDF (RGB) conversion to Print (CMYK) with Illustrator/InDesign?
1
What is a better way to paste illustration from Illustrator to Photoshop without invisible pixels?
4
Best /fastest way to resize a 130-page photobook in InDesign?