I have noticed that the PC version of Photoshop CS5 appears to exhibit a loss in quality whenever an image is opened or when image data copied to the clipboard is pasted onto a canvas. However, it's not really lossy because saving the image as PNG and opening it in another photo editor such as Paint reveals that the quality, in fact, did not change.

See the first image below for a demonstration of this false appearance of quality loss where I created a brand new Photoshop document and repeatedly hit ALT+PrintScreen to copy the window to clipboard and then CTRL+V to paste it into the canvas. Doing this several times reveals the undeniable fact that Photoshop is doing something to the image as soon as it enters the document.

The second image is a result of doing the same thing in Paint. As you can see, each copy of the window is as pixel-crisp as the original.

I know this quality loss is not inherent in Photoshop itself because I can draw wavy lines with the 1x1 pencil tool and I can see every aliased pixel.

Does anyone know what is causing this? Is there a setting that I can change somewhere so that images appear exactly as they really are? 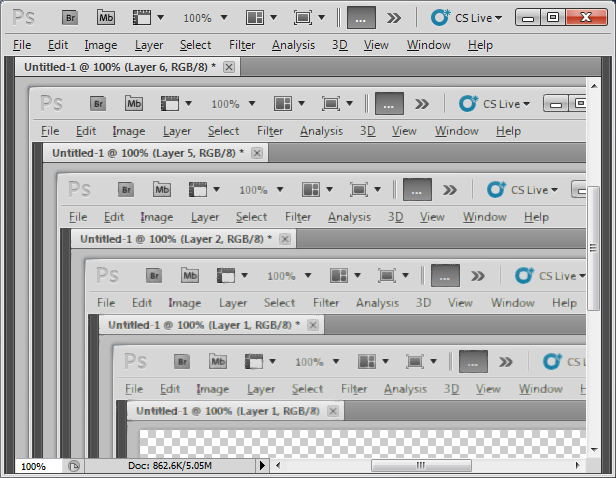 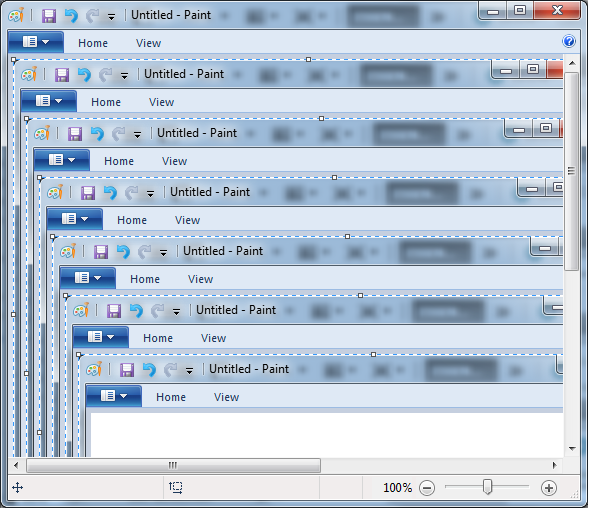 Browse other questions tagged adobe-photoshop cs5 or ask your own question.