Inspiration from existing works - where is the limit?

I am trying to create icons for the UI of my website to represent key concepts of my trade such as "translation services", "languages", "translation tools"... and I am having a hard time to come up with good ideas.

So, I went and looked at some existing pictures on Google Images and Stock photo to find inspiration.

My designs are done from scratch, they are clearly different from the originals, but they were inspired by it. For instance, seeing a set of regular dices show up in a "translation" search inspired me to do this:

I am pretty sure that's Ok. On the other end, my new years wishes card: 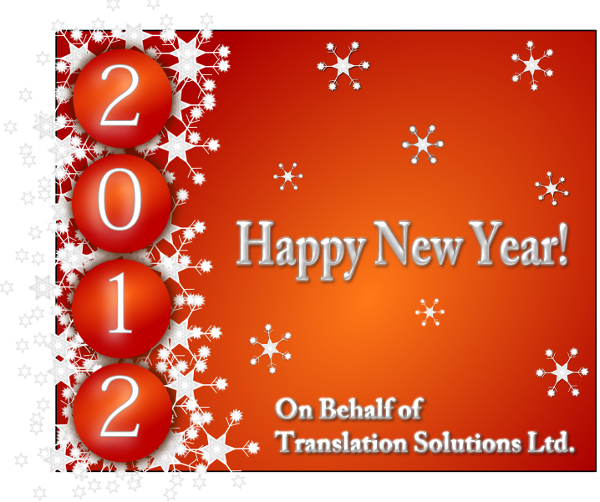 is somewhat based on this wish card design. I am in two minds on that one. Is it different enough? I haven't sent it yet, and will most likely buy the rights just to be sure before I use mine, but it definitely raises the question of finding the right limit between inspiration and copyright infringement.

Is it at all acceptable to look at other people's creations on the subject before doing your own take on it? If not, where do you find the inspiration for your designs?

If you consider it OK to look at existing works on the Web for inspiration, how do you draw the line between "finding inspiration" and "illegal copy"?

The question is a bit vague in the sense that can lead to a long discussion (http://graphicdesign.stackexchange.com/faq), but here goes my point of view.

I think we are all influenced by other designs and designers, that's how we learn, specially when we are beginning. There is a difference between being inspired by and steal from, and I think we all know when we are trespassing that limit. In the end, you can tell who's created something unique and who's repeating formulas, and that's where design gets artsy and you get a feeling of something amazing. But we all imitate (culture is imitation after all, and it's difficult to find original design as it's difficult to find original thoughts!). For me, there was a point in my career when I said: I need to know who I am as a designer. I need to find something that is mine, even if it's horrible! And that's when, for good or for bad, I started thinking from scratch, without external influence. Not that I found great results yet, but I least it makes me feel that what I do has a meaning apart from "paying the rent"... To answer your final question: Inspiration is being respectful for other people's work. Illegal copy is getting advantage of that for your own sake.

Your question is partly ethical and partly legal. I don't believe anyone here is a lawyer, qualified to speak to the legalities involved, and anyone who is probably wouldn't want to.

From the ethical standpoint, you have your sensibilities straight. Your card is closely derived from the stock design, in that your layout and colors are pretty much identical, with only minor variations in the typography and snowflakes -- pretty much what any designer might do with that template after licensing it. Licensing the image will calm that inner voice whispering "plagiarism" in your ear.

As to where that fuzzy line between inspiration and plagiarism is drawn, well, here's legitimate inspiration: you see something that works well -- a technique or a design element that strikes you as particularly appropriate or effective -- and you mentally (or physically, if it's a magazine ad or similar) file that away in your personal library of techniques that you can bring to bear on your own projects. Every designer worth his or her Pantone ink has an idea file or two, or three, each filled with just that kind of thing. This is not only legitimate, it's essential.

Conversely, if you were to take a great magazine ad and copy its complete style, the pose of the model, the lighting, the typography and the colors, you're plagiarizing, which may or may not open you up to a copyright lawsuit. But if you don't let your conscience, which has the right idea, be your guide, you will end up despising yourself even if nobody ever says a word about it.

Only a tiny percentage of design work (or any form of art, for that matter) is truly original. Of that percentage, only a subset is actually useful, far less trendsetting. It is far too easy to let a false desire to "be original" get in the way of communicating effectively to your audience.

A professional designer will "start from scratch" on most designs, but the whole process is informed by current and earlier work, by self and others, that has been effective in getting the message across. When all is said, graphic design has no other purpose or value than effective communication.

Not the answer you're looking for? Browse other questions tagged interface-design copyright or ask your own question.

2
What is the line in using geometry based art as inspiration or considered derivative art?

17
Where does inspiration end, where does illegitimate copying start?
21
Why are fonts from the 19th century not in the public domain?
10
Plagiarism vs Inspiration
3
Where do I stand from a legal perspective using Helvetica Neue in my logo?
1
Where to find interface designers on the internet?
1
How does copyright apply to a collage of random images from the Internet?
2
What is the line in using geometry based art as inspiration or considered derivative art?
1
Where to find the artboard presets?