I am trying to use Photohop's Pen tool to make a clean outline out of a sketch I made. I click and drag to create a curve, then release the mouse. Then I go to make my next point in the path... but I notice that this new point is affected by the curvature of the previous point. I want the new point to be rigid by default. This is what I mean: 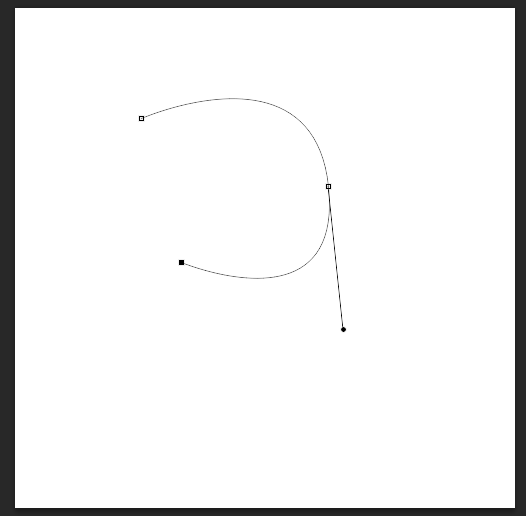 See, the third point has a curve even though I didn't drag it. This is what I want it to look like: 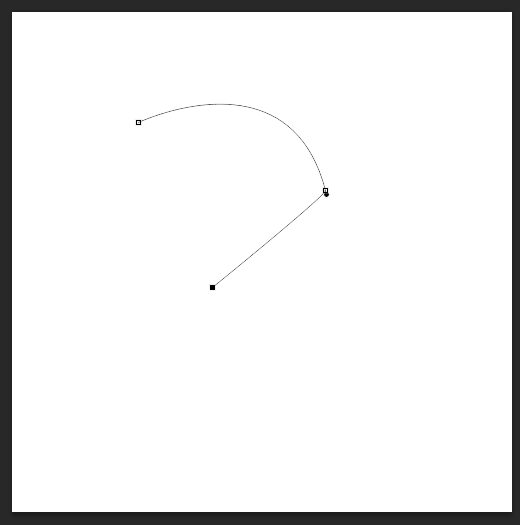 Right now, I have to manually change the endpoint curve in the second point to be able to get a straight line between the second and third points. This is time consuming.

How can I make it so all new Pen points will be straight by default regardless of the previous point in the path?

Hold ALT and press on the point you just placed, so for now the third one. The next line will be straight.

5
How to get handles on the starting anchor point of a path with out leaving pen tool in illustrator?

2
Need help with pen tool
3
Using the pen tool to draw curved lines whilst staying at anchor points?
0
Creating a selection from a path with 'holes'
1
Drawing Straight Lines with Pen Tool
1
Pen tool behavior
3
Photoshop: using the Pen tool for straight lines
0
How to end drawing a path and start creating a completely new one from the last point of previous one?
0
Trouble manipulating path ends in Photoshop
2
Convert anchor point tool doesn't work the same as Illustrator? Photoshop CC