Is it possible to have a grungy outer glow layer style?

Sometimes I want to put a grungy highlight around some text, to make better contrast with the background, or just for effect: 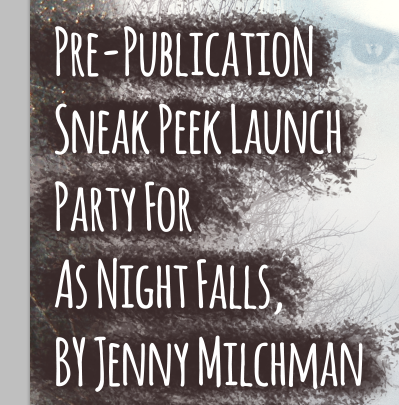 This is done by hand with a rough brush, but I'd rather accomplish it with a layer style, so that if I change the text, the highlight changes with it; because I'm currently doing it manually, I have to manually fix it to match the new text.

Is there a way to make, say, an outer glow style that uses a rough brush like this?

No layer style for this, maybe some filter combined with the technique below.

I don't know how you're doing it manually but you could achieve this easily by using 2 layers: one for the text in white, and another duplicate below it with that effect.

I'm posting this in case your issue is to trace the shadow TOTALLY manually while you can have some shortcut by using a layer mask and a duplicate of your text. Since you already got a good technique, you will simply have to do that effect around the edges of the shadow quickly with the same brushes, and won't need to "trace" the letters with that effect.

I made a very quick example but it would be way better if you could use a brush with some watercolor effect style like the ones on your example.

1) Type your text and duplicate that layer. The layer on top with white text, and layer below with black text.

2) On the top layer, add a drop shadow with no distance but a good spread, and 100% black for the opacity. On my example I used Spread:0 Distance:15 and Size:51 for the 3 other values. You can adjust it later anyway.

3) On the layer below, add a very thick stroke. Then merge that layer with an empty layer (so it merges them together)

4) Add a gaussian blur filter to that black layer. I used 8.5 on my example but depending on the size of your graphic you might need more or less. You need to have a big dark blur because you're going to "eat" that blur with your brush using a layer mask.

6) Add a layer mask to this black layer, and choose a brush with the edges looking pixelate or the same as on your sample. Make this brush big like one of your letter; It has to be big enough so only the little dots of the brush will appear on your layer mask, to not let some round brush stamp visible.

7) Then go smoothly with that brush here and there around your edges. You can also do it with 100% opacity on the brush and sometimes 50%, as you wish. That's when you might want to try different brushes or change the size sometimes.

And that's how I got that result in about 2-3 minutes. It's not exactly the same as your example but the technique would be similar and way better with the brushes used on your example. Maybe it will go faster for you this way if you were doing the whole shadow manually and had to trace it with your brush. Now at least you got a basic shape to start with, it might be faster.

For what's look like "hairy shadow" on the edge of that shadow on your example, you could add another layer below these 2 layers and paint those details, and lower the opacity to fit the other shadow. If you have a brush doing this already, just do it on the same layer. 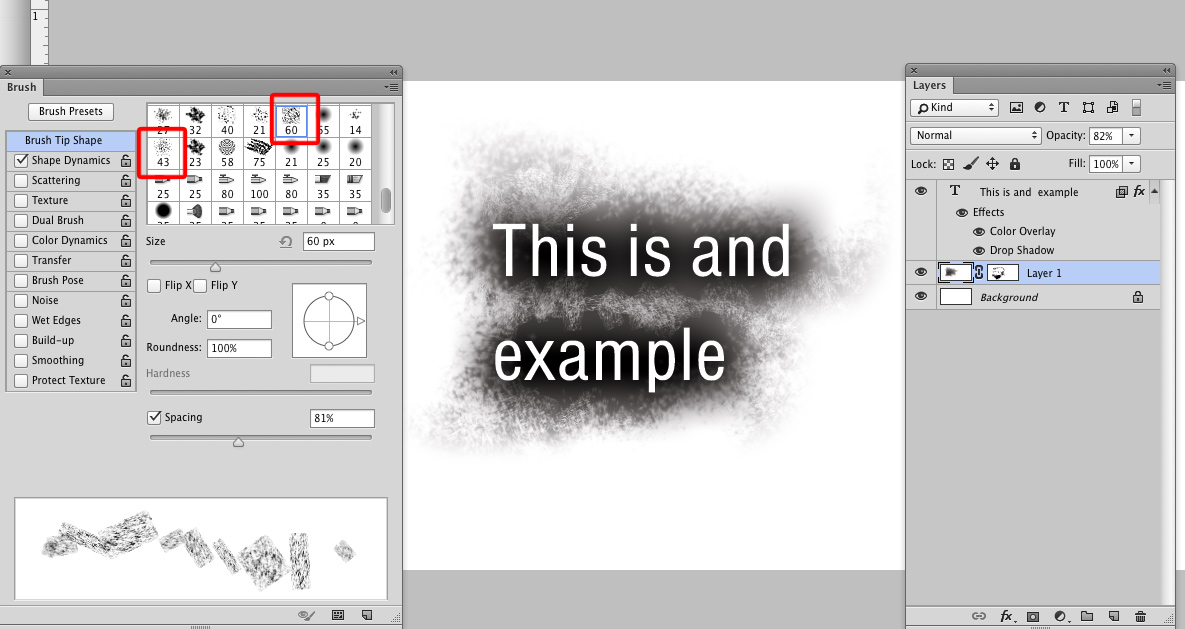 1
Creating an arbitrarily styled text outline in Photoshop which updates if I change the text or font?
5
How to apply a gradient to an Outer glow (example attached)
0
Easy way to set text style across documents
5
Recreate rough, handmade style strokes to vectorized lettering
3
Сlip layer to “outer glow”
4
Photoshop: Uneven stroke
3
Photoshop: making the outer glow colour dependent on edge colour
0
How to add a layer style effect especially on a highlighted text?
1
How do I mimic Hokusai (Japanese Ukiyo-e style of painting)?
3
How to enlarge a mask in Photoshop non-destructively (“bleeding”, “outer glow”)?