How to package an InDesign file without fonts?

A very common requirement is:

InDesign's "Package" feature File > Package does this, but while it lists all fonts, it doesn't seem to offer any way to exclude them from the package.

What am I missing? How can I bundle everything except the fonts?

I've tried researching this and all I get is pages and pages of beginners' tutorials on packaging InDesign files, none of which mention how to exclude fonts.

InDesign's Package feature even includes a popup message warning against packaging fonts ("Restrictions apply to copying font software..."), but seemingly no obvious way to remove the fonts from the bundle?

Whoops, there is an easy way to do this, it's just not where I expected it to be. It's on the save dialog screen at the end of the process, here (note that for some reason it appears to not work for Chinese, Japanese and Korean fonts): 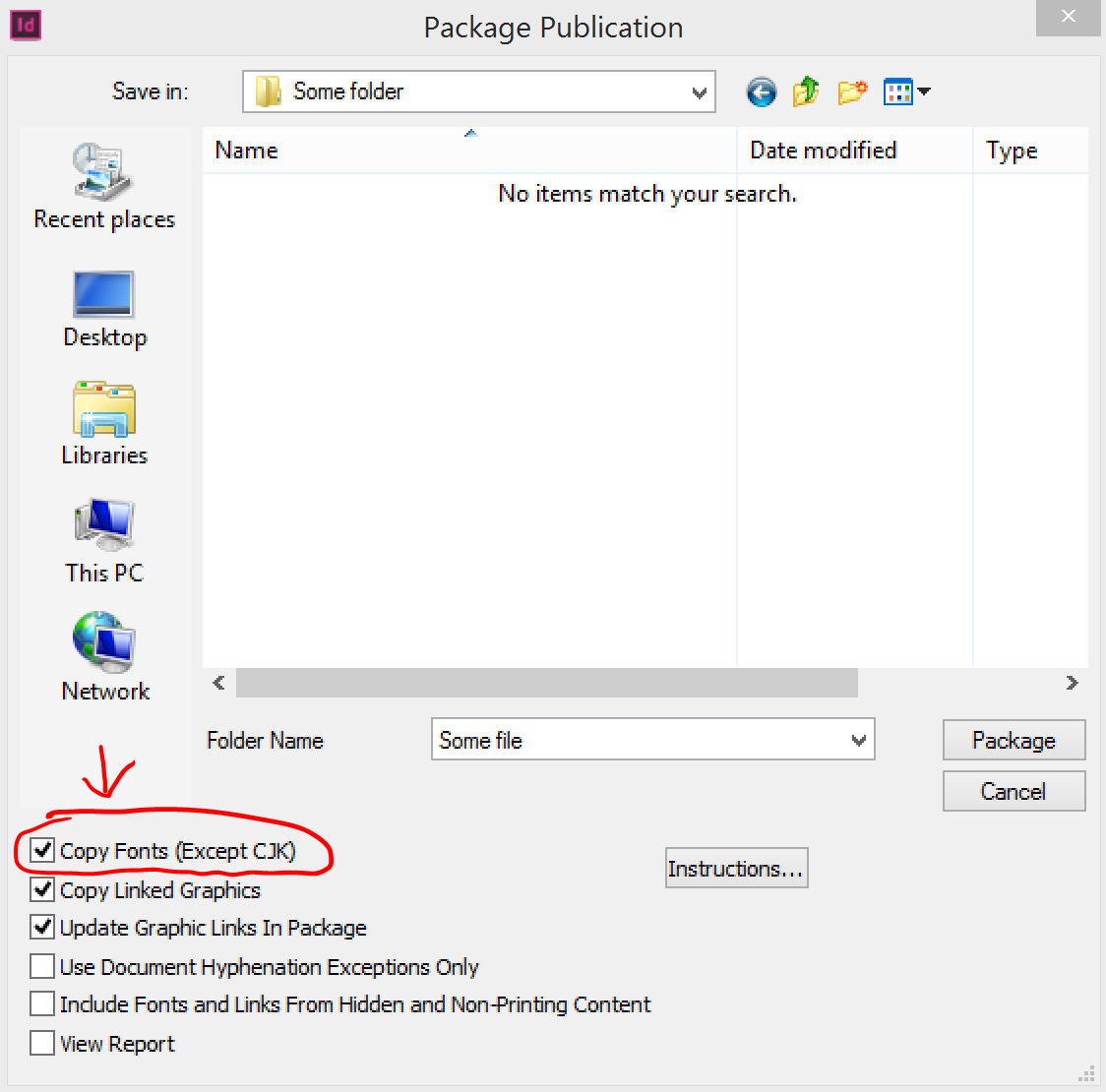 I was expecting it to be in the earlier screen similar to how InDesign's PDF export options are set out, here, but it's actually two screens after this one: 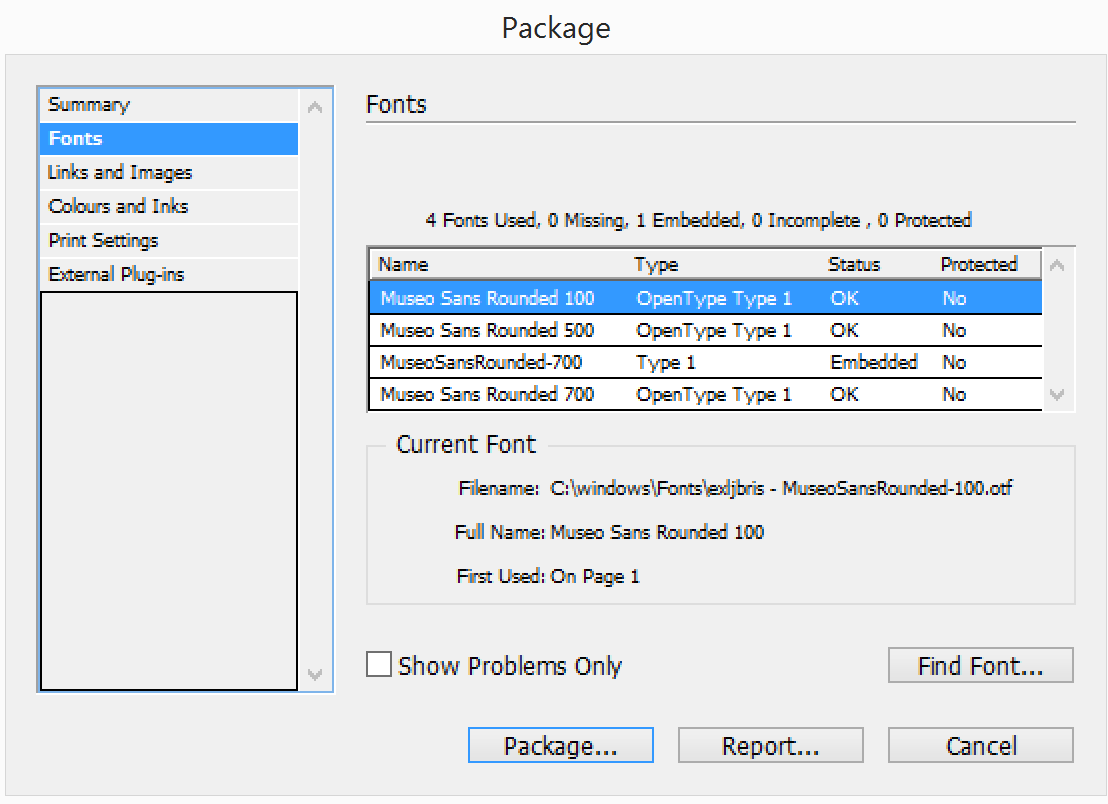 Just package the file, then navigate to the Package folder on your hard drive and delete the "Document Fonts" folder within it.

There is, of course, also the option to "copy fonts" in the packaging dialog, just uncheck that.

1
Joining transparent objects without overlap in InDesign
0
Fonts not exporting correctly InDesign
2
Making InDesign recognise image paths to network drives when importing XML
0
How could text become inserted at the end of my InDesign file without my knowing it?
6
InDesign or Illustrator for package design?
0
PNG file placed into InDesign
0
indesign cc2019 package problem