I'm starting a business (Chromosphere Labs) and I am dabbling with creating a logo for it.

After reading Paul Rand's Logos, Flags, and Escutcheons, I realized that I don't really need a logo that conveys exactly what the business does, which is currently somewhat undefined. I know that right now I'm interested in creating custom products for customers, but I don't really want to incorporate it into the logo.

What I currently have is this: 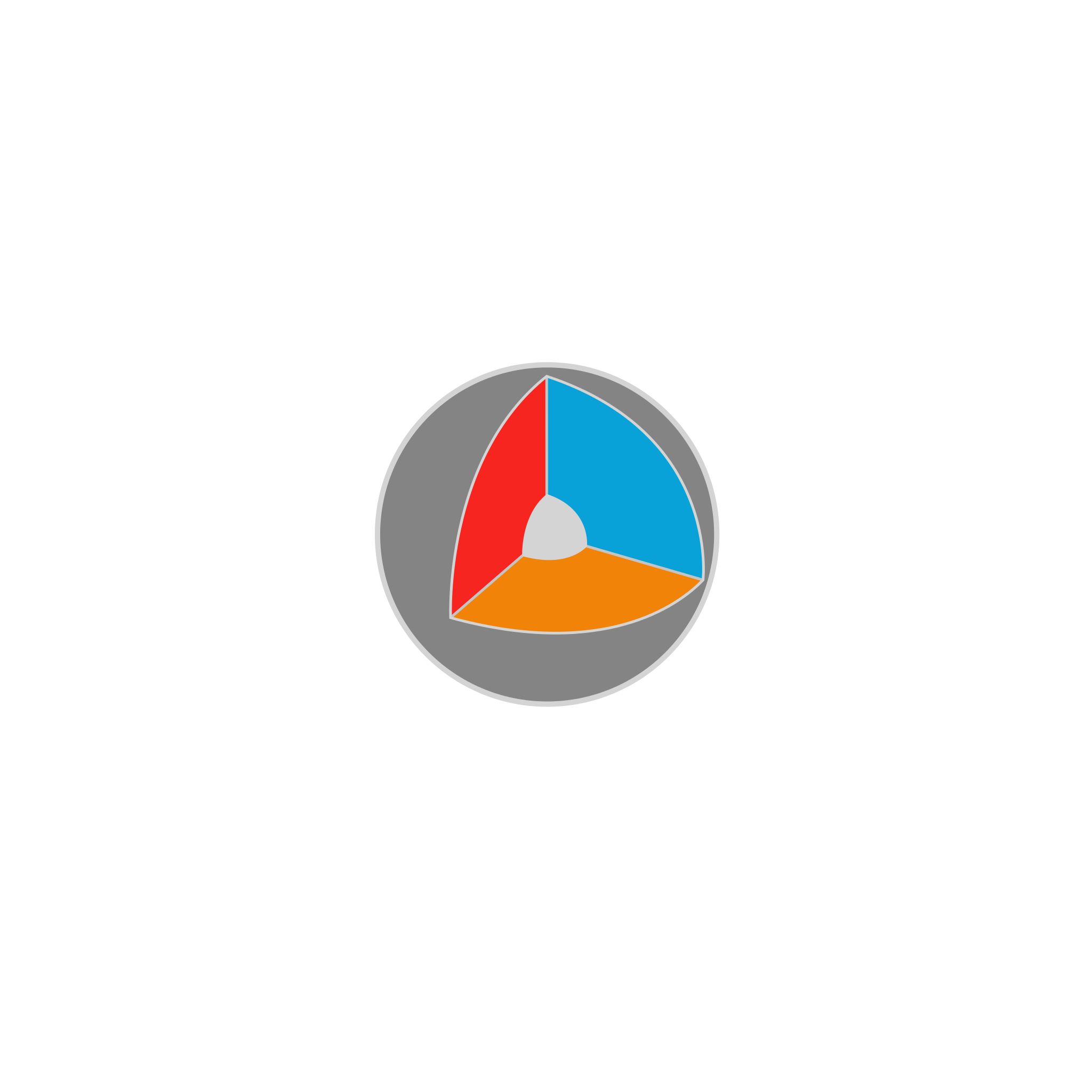 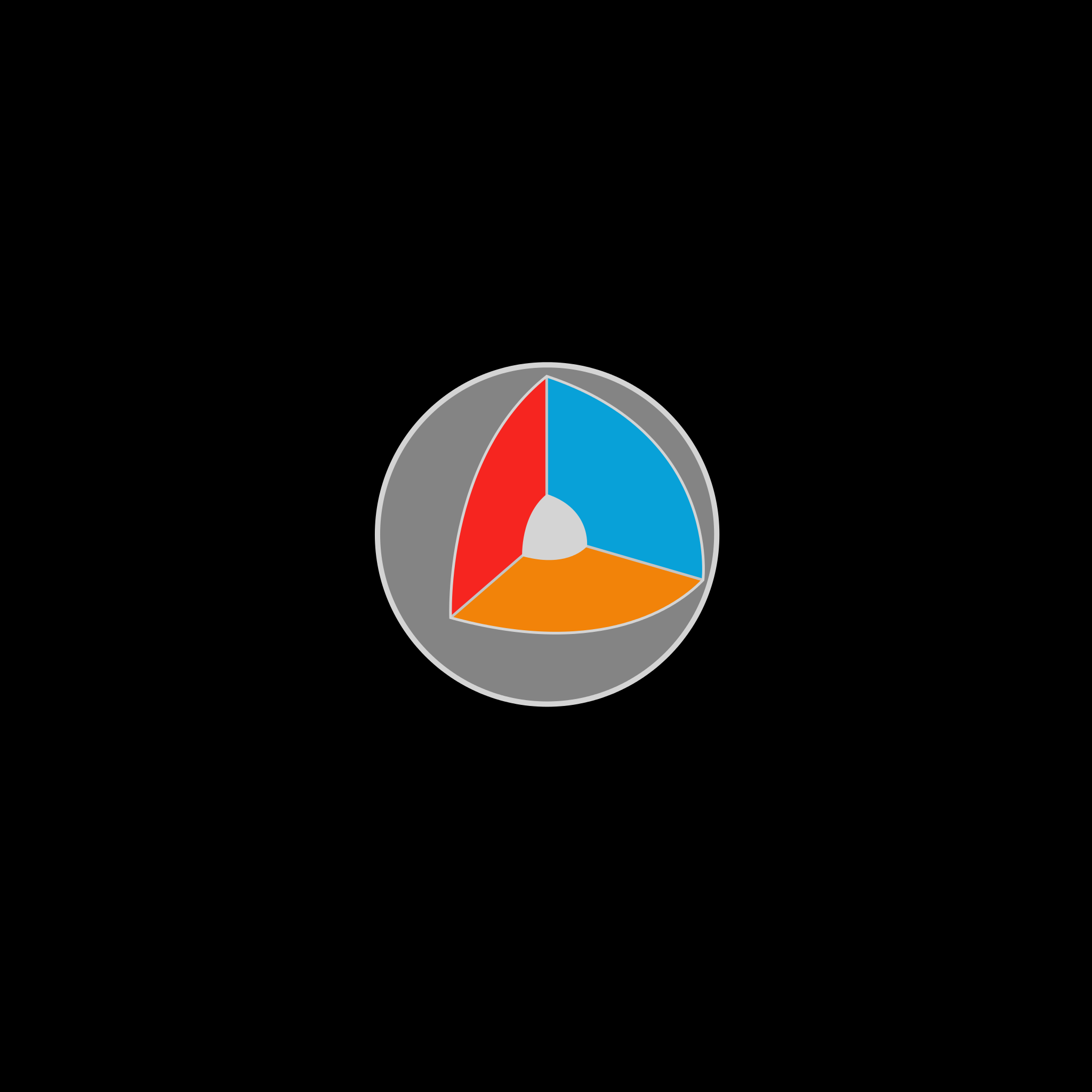 I'm very happy with the logo right now- it's simple, recognizable, works on black and white backgrounds, could be monochrome, and scales nicely.

I've had feedback that the globe cutaway does not look "3D" enough. Is that true? (I'm biased.) How can I fix it, while keeping the logo simple? And have I arranged the text aesthetically with the logo in the bottom image?

Thank you for your help- I really appreciate advice from true graphic designers, instead of just me :)

EDIT 7/6/15: Thank you all so much for the advice. I experimented with the logo and came up with some new ideas: 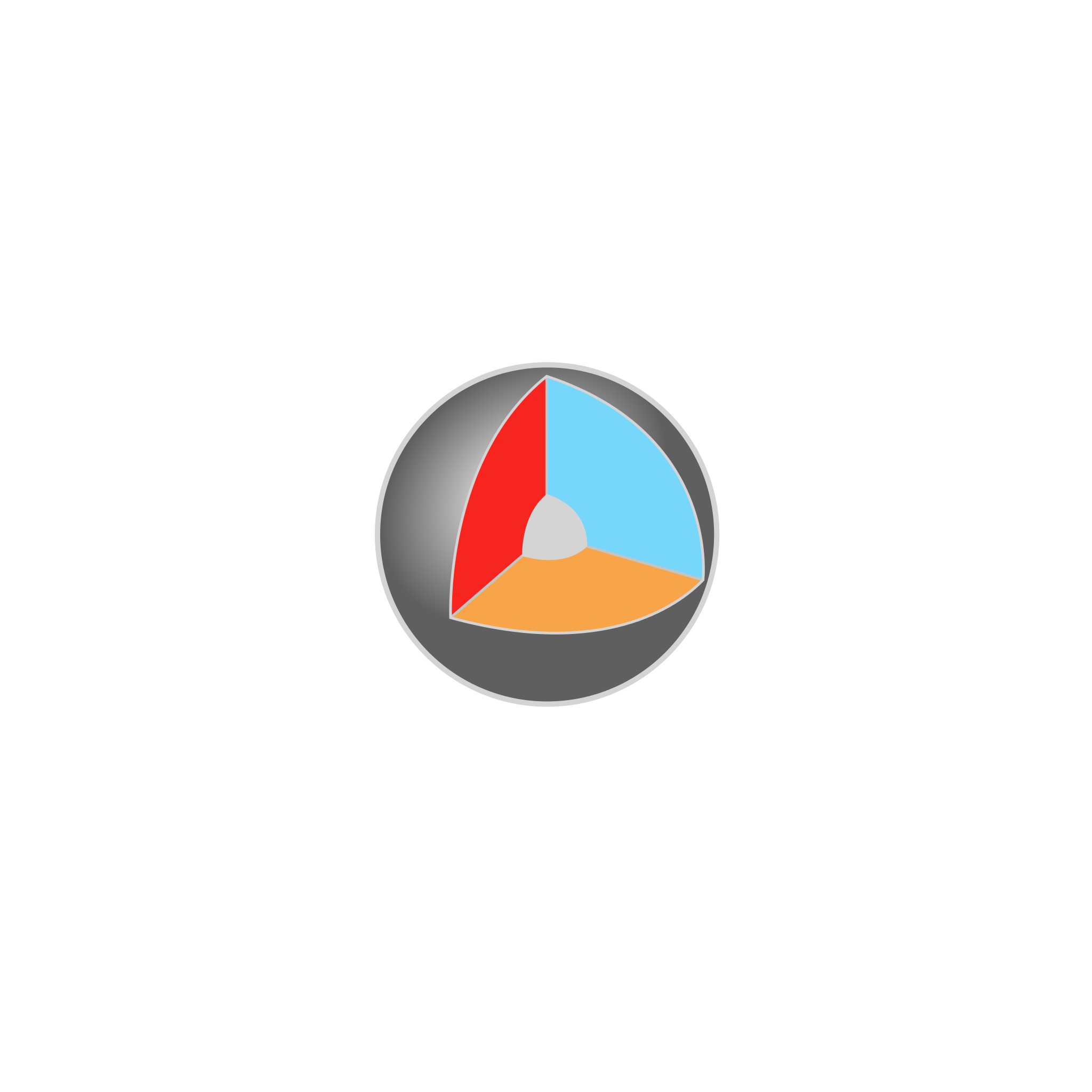 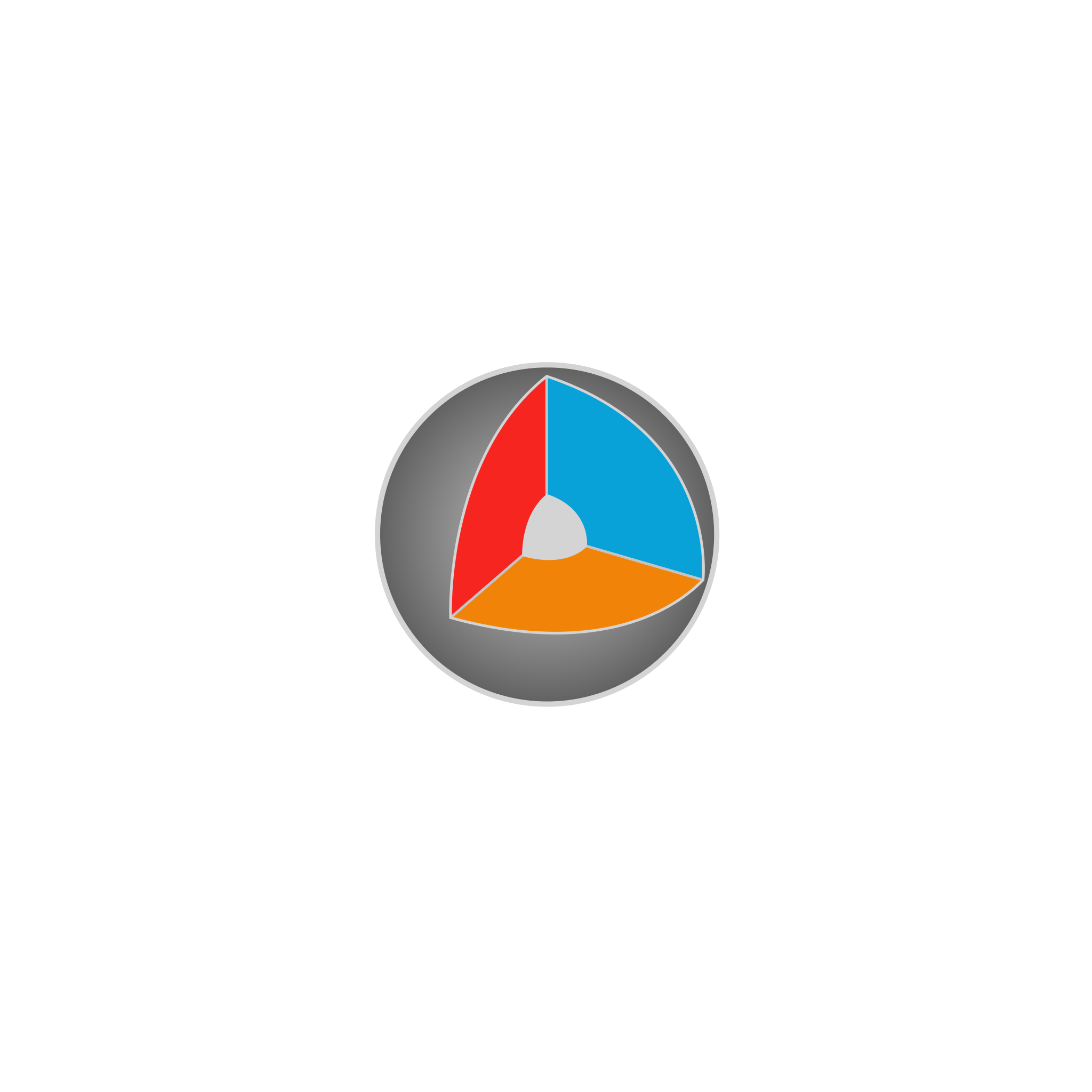 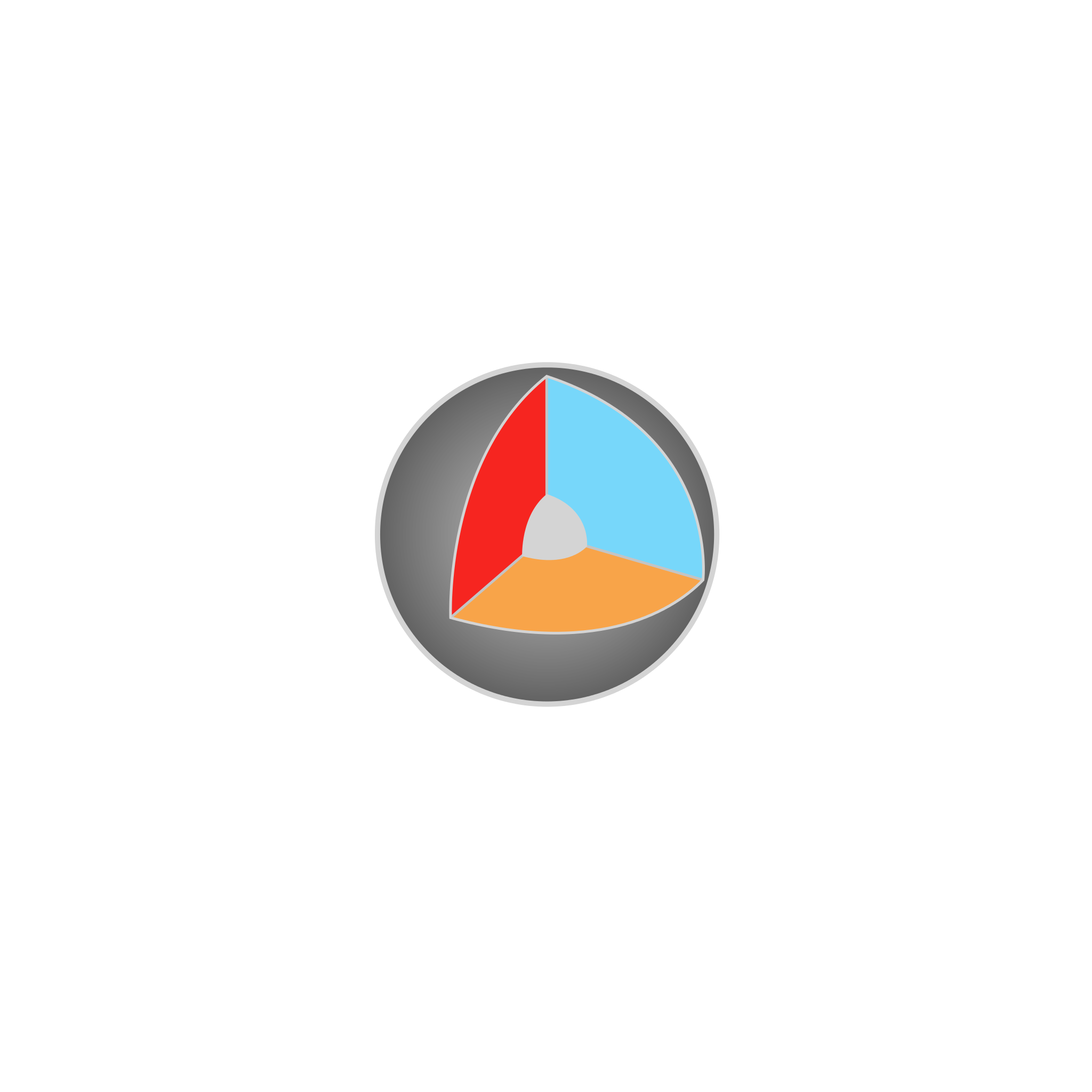 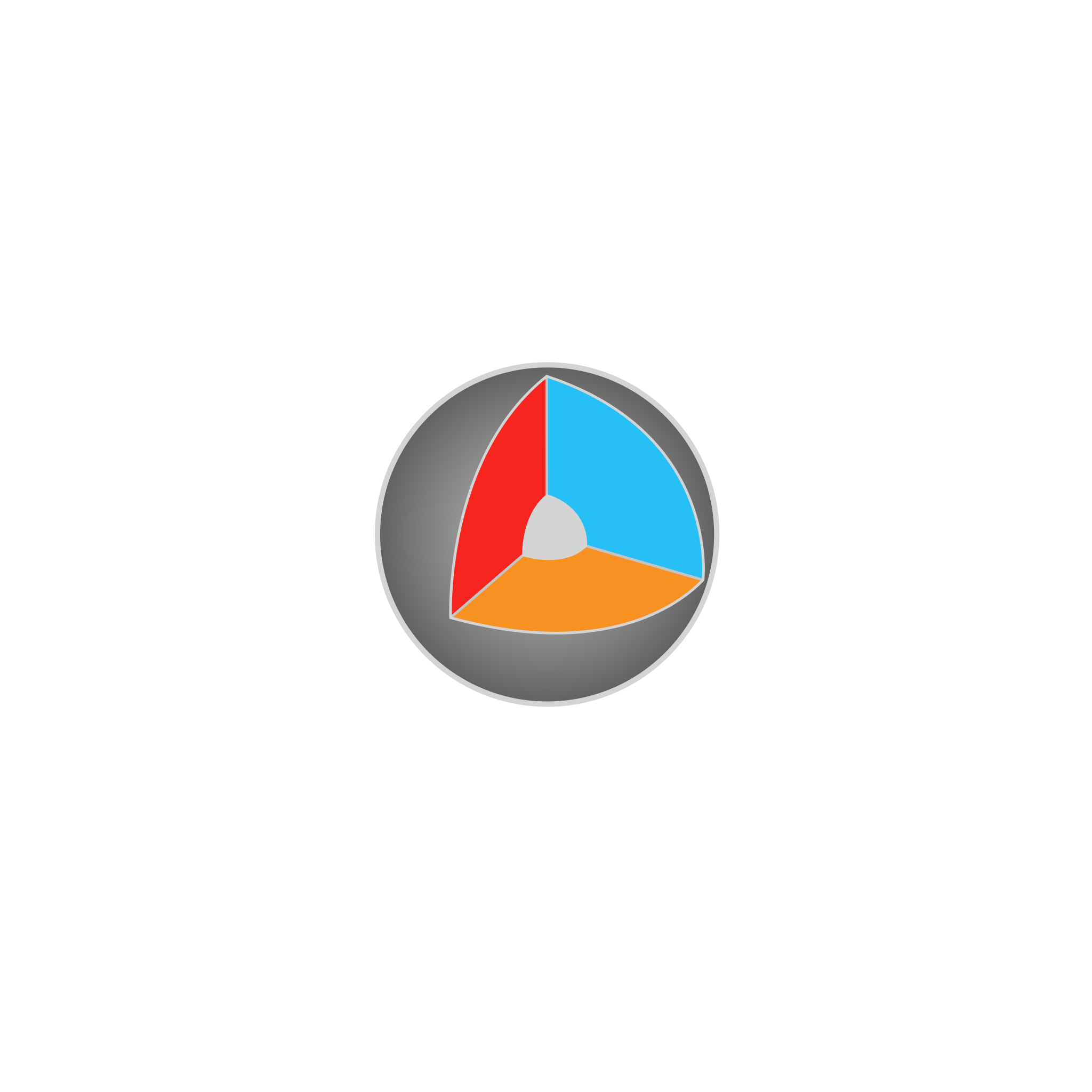 I really like the last image- I changed the lightness of the three bright colors, and the subtle shadows of the sphere don't take away very much from the design.

I think your logo looks alright. The name with the logo fits well too.

Don't take all feedback seriously, some people want to see gradients and drop shadows everywhere and maybe they expect to see the sphere with that kind of light. But your logo will be easy to use for printing and anything. The colors you chose are nice too. You can choose to ignore the feedback about "not enough 3D" if you are satisfied with your logo.

I can see your 3D very well, it's at an angle that isn't the same as the earth core example below and the view is a bit from the top; maybe that's what bugs the person who gave you that feedback.

Maybe you only need to move a bit your core to balance it as the picture below. The goal is to get close to that kind of effect below: 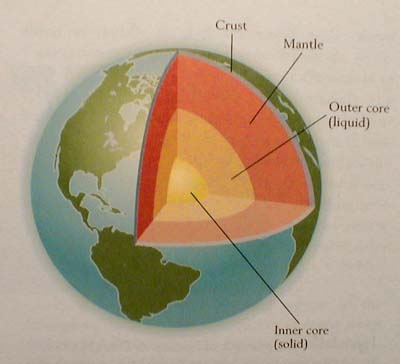 There's still some little adjustments you can explore IF you want to.

Maybe you can add some shadows and gradient, or move the axis. Make sure your core is well centered. My examples are drafts, they're not perfect but it gives you an idea of some options.

On the second row, I changed a bit the angles of the inside parts. 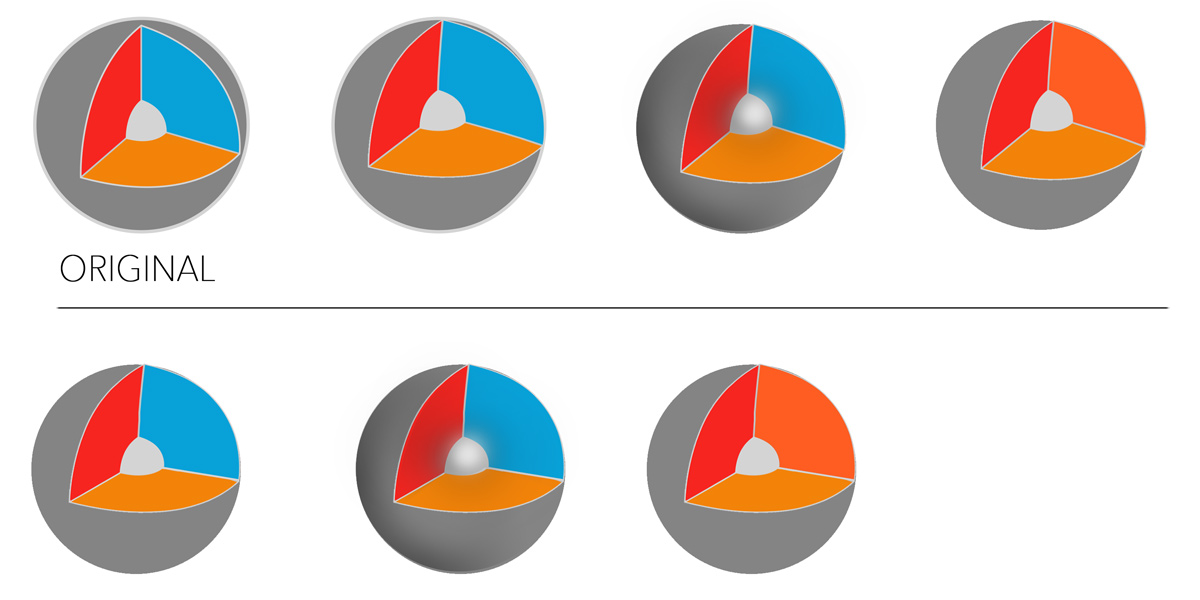 Essentially, our brains are programmed from year's of usage to perceive depth through the use of shadows first and scale second. Your logo doesn't have any shadow in it.

As a result its ambiguous if the "tri-color core" is going inwards, outwards, or harder to see but could also be a flat shape. The circle is just a circle. To ensure all viewers perceive it the same, if that is your intent, then greater use of shadow and/or scale should be used. 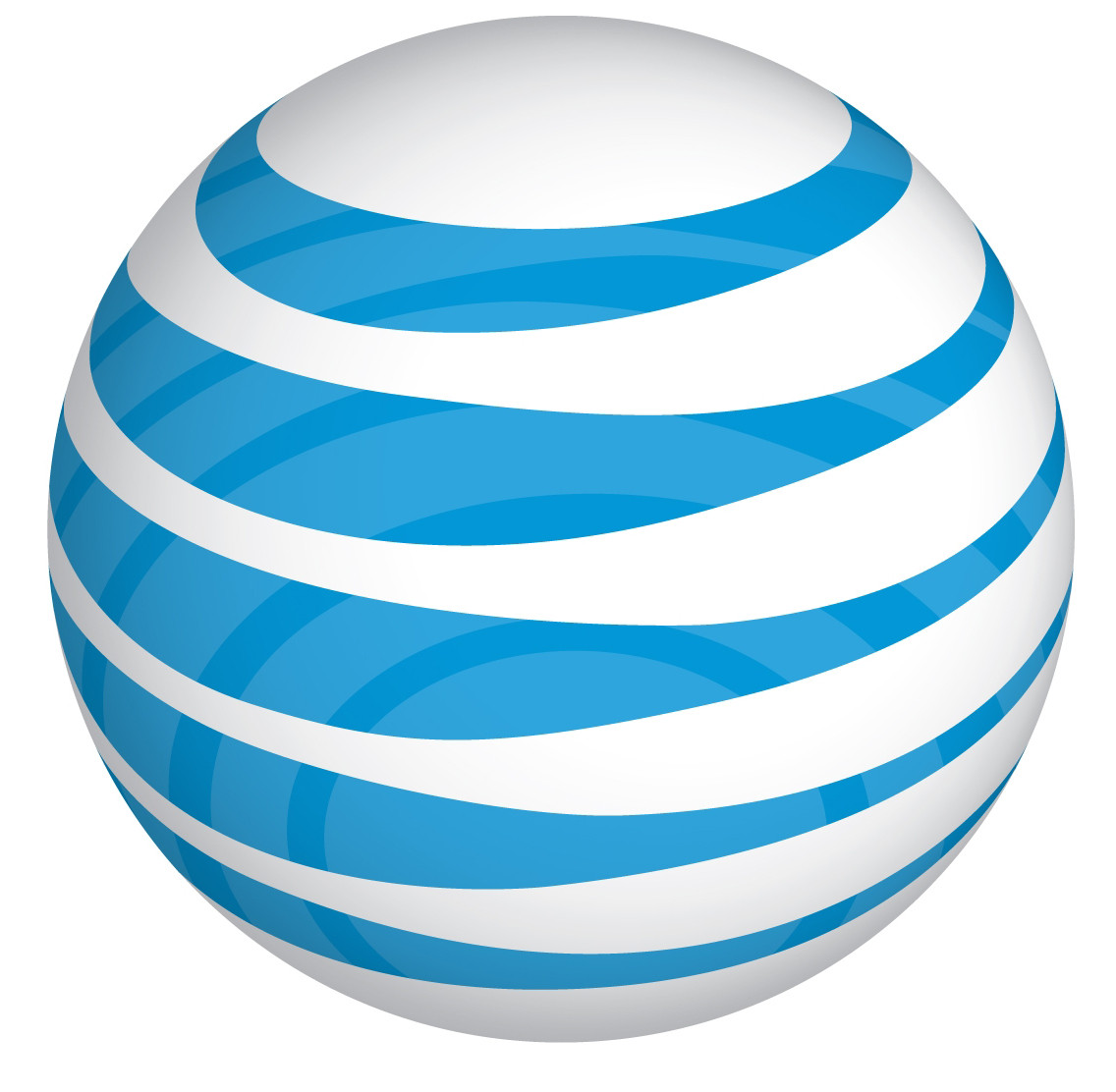 It uses scale of lines and in the new iteration shadow to create the spherical shape.

I can't really suggest an alternative because I honestly don't know if you intend for that to be an inner core, or outer pyramid. To me its easier to see it coming out than in. Probably because of the gray circle being the closest thing my brain recognizes as a shadow.

Allow me to present you another example to better illustrate why its difficult with your current image to visualize it accurately. Here is what your brain thinks is a very well known shape, its probably something you and everyone here has sketched countless times: 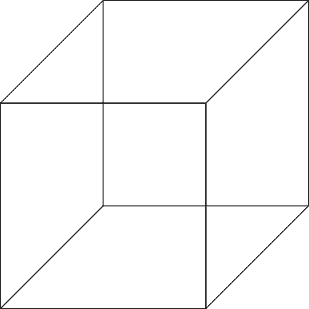 The trick with this is that not everyone perceives the same orientation. You think they do, and there probably is a majority perception, but that doesn't encompass everyone.

Is this the cube you saw? 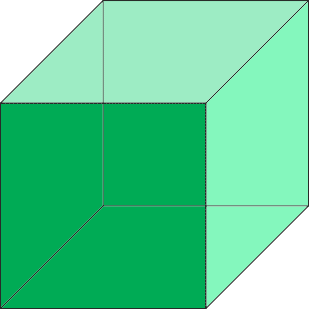 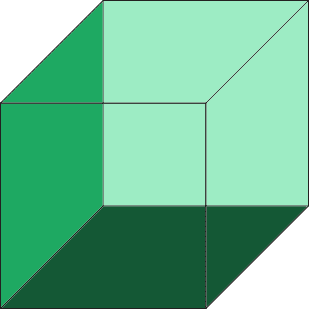 And that's exactly the issue with your "nub / core." Without shadow its completely ambiguous and you're hoping people see it in the way you intended.

For additional information on this you might want to watch episode 1 of National Geographic's Brain Games on Netflix, if you get Netflix.