Drawing a ribbon banner with text in Illustrator

Basically, I want to draw a “fluttering” banner/ribbon in Illustrator, such that the text follows the curve of the ribbon. There is to be a pseudo-3D effect, where the ribbon doubles back over itself, so that the reverse is visible to viewer as it moves in the opposite direction in front of or behind the previous piece.

Here are some reasonable examples of the effect I want: 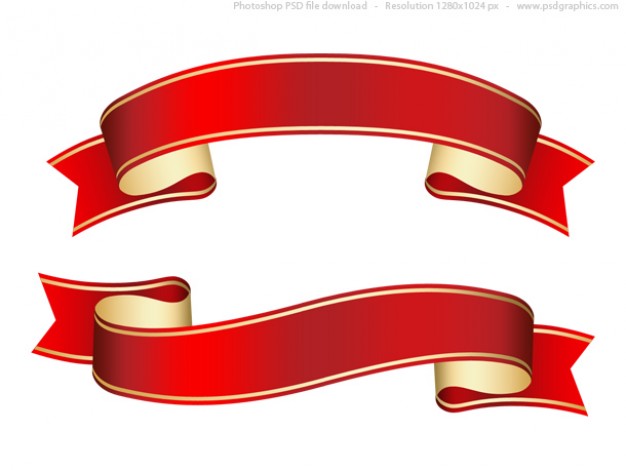 My ribbon’s path will be much more complicated than this, but I would be fine with all the edges that double back being vertical (as in the second example).

Unlike these examples, my ribbon switches back and forth many times, and sometimes switches back in front of the preceding section rather than always folding behind.

On the flip side, I don’t need any shading: flat black-and-white would work fine. Maybe with a gray for the reverse sections, but I’m not sure I’d want even that.

My current method has been to draw the top edge of the banner, copy it, and manually offset the copy vertically, to form the bottom edge of the banner. Then a third copy, offset slightly above the bottom edge, to form the path that the text will actually run on. And I have to do this separately for each obverse and reverse section, because of course the reverse sections are frequently going behind other objects that the obverse sections pass in front of.

This process is fine enough, except that any change has to be propagated to all three paths. I also have to manually draw vertical lines connecting the top and bottom paths, and I have to be careful to keep all of the sections aligned.

The offset path option seems like it ought to be able to do something like this (or, at least, do a single section as one path), but none of the options are a simple offset – they are all, ironically, fancier than I need. Even a simple option to have a path automatically get a parallel path offset by some fixed number of pixels would be fine.

As a kind of stretch goal, a good way to handle switch-backs that have the edge angled (as in the first example) would be nice. Even nicer would be a good way to have the ribbon appear “closer” or “farther” from the viewer, with the offset between top and bottom edge, as well as the text font size, growing or shrinking accordingly.

Best way I can think of is using 3D software and then instead of trying to offset the design you can just make a flat pattern to apply as a texture.

I'm not familiar with the OpenSource Blender but in Rhino you would do it with a nurb surface.

Like Scott I know of no way to automate this in Illustrator.

However, I will say if you are attempting it in Illustrator neither one of your ribbons are presented in any form of reality. The parts in the background shouldn't appear to be the same size as the parts in the foreground. The gold backing also appears illuminated when in fact it should have a shadow cast on it -- at least on the three sections that are on the bottom.

One thing you might try doing is getting an actual ribbon from an art supply store / craft store. Sketching a line down each edge. Curve it roughly how you want it to look then photograph or scan it into the computer. That would at least give you a good foundation to then reference and trace.

While at a glance what you are asking may seem like a simple math-based solution, the reality is you are seeking three-dimensional automation to which will generate spacial settings so they appear correct on a two dimensional plane.

While you can certainly use 3D or 2D software to create ribbons, I've never seen anything which will automatically configure spacial definitions.

In the end, some art takes an artists eye and software is just a tool. It won't create things for you. After all there's not a hammer made that can build a house for you.

3
What's the most flexible way to create a "wrap around" banner with an offset stroke?
0
How to easily isolate parts of a shape to fill them with colour in Adobe Illustrator?
0
Section layer in Illustrator
0
Stuck in drawing using rectangular tool in illustrator
2
Exporting only outline in SVG from Illustrator for 3D model
6
Is there an easier way to draw a parallelogram aligned with a triangle?
1
Switching to the Existing Path When Drawing the New One Over It by Curvature tool in Illustrator
0
One gradient across multiple layers (compound path unites layers) illustrator
0
Stroke of diagonal triangle not lining up with stroke of rectangle. Points of stroke are over-extending anchor points