I recently bought an iMac and started using Photoshop.

I already have a macbook pro and the photoshop works perfectly, but now I am experiencing one tiny, but annoying, issue.

when I type a letter that contains an empty space inside it, like an "o" and then I rasterize it and fill the inside with the Fill Tool, it doesn't fill the whole space. It creates a tiny stroke... I know that it has something to do with the anti-alias from the Text Tool, because when I select "none" it fills perfectly, but when I choose Sharp or Smooth, or any other option it doesn't work the way I want.

Ps: I tried changing the tolerance from the bucket tool (I tried from 0 to 100 lol) and it just keep creating this f line!

Ps2: sorry for the bad english - not an english speaker.

You're right about the anti-alias. You get the halo effect (blurry pixels) in Photoshop when you don't work with clean whole pixels. Typography is usually a problem, because of the curves.

Since I don't know how you will use the letter, I will try and suggest a couple of things.

You will find that people who are more accustumed to work with Photoshop rarely, if ever, use the paint bucket tool. Instead they build a selection with magick wand, or the lasso tools. They then fill the selection (Alt/Ctrl + Backspace). This saves time as you can easily contract expand selections so if it wasnt right value just undo expand/refine and fill again.

Sure this turns a single click action into a click and keyboard action. But on the other hand your going to work much on selections anyway, and its a approach with less problems. I suggest you consider learning to work with selections instead.

But if you must use bucket fill tool does have a tolerance and a anti alias option that may do what you want.

My answer isn't an exact answer, and it may not be useful in your case, but here's what I do in similar situations. This is for when the letter and the "fill" would be the same color, and isn't useful if you want them to be separate colors

I'm using Adobe CS6, which is hopefully the version you are on, if not more recent.

Avoid using the fill tool and instead group vector objects

Your text is a vector. This means it can get as large or small as you want without a loss of quality. This is great.

How to backfill: Use either the Pen Tool (shift+P) or the Shape Tool (shift+U) to draw an image in the negative space you need to cover. Don't need to be exact here! 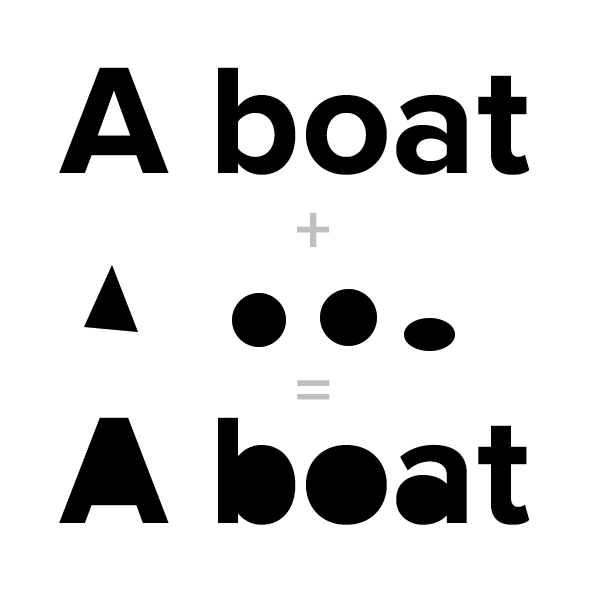 (I used the pen tool for the triangle in the A, and circles for the other letters).

So the major downfall is it's two layers. To get around this, just put them together in a group. It acts like a layer.

For example, here I've group my triangle layer and my letter A, and applied a few style effects.

Here's what it now looks like with the layer styles. 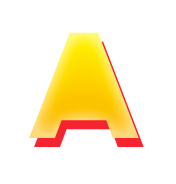 But wait, why not combine the layers as a smart object and use that? While you can, it loses the ability to be vector, so I generally tend to using groups. Don't worry, though, as a group pretty much acts like a layer in all ways. For example, here's my group acting as a clipping mask.

End result? Scaled it up to a max resolution and it looks sexy (no outlines here!) Yay for vector objects inside a group! 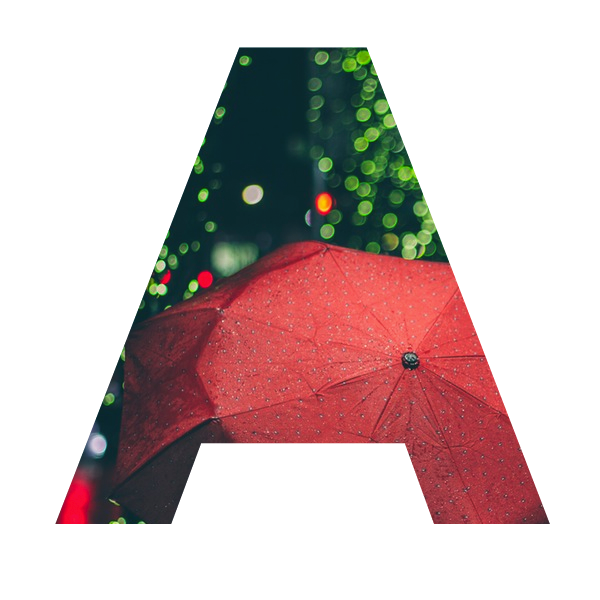 Here's the steps to repeat

1) Put down the text letter or another object you want to use.

2) "Backfill" this layer by using a custom shape (such as a square or circle). Access the shape tool by using Shift-U.

2a) For complicated letters or images, you may need to use the Pen Tool (Shift-P) to backfill an image. Simply left click and create an outline, which by default draws as a shape.

3) In the Layers Window (F7, but you should always have the Layers window up!) hold down Ctrl and select both layers

4) Add those layer to a group (drag and drop to the folder icon, or press cmd+G).

5) Use your group with layers, create clipping masks above it, or elsewise use that group like you would any layer! (tip: give the group a name to easily identify it in the future)

5a) If you need to, you can rasterize the group by pressing Layer > Merge Down (cmd+E) or by converting it to a smart object.

BONUS: If you want the "backfill" layer to be a separate color, simply place it behind the letter and change it's color via a layer style.

Not the answer you're looking for? Browse other questions tagged adobe-photoshop tools fill anti-aliasing or ask your own question.

19
How can I stop or disable anti-aliasing / feathering in Photoshop?
2
How to ensure that paint bucket tool fills region with EXACT color in Photoshop?
5
Photoshop: how to completely to fill an outline drawn with a brush?
3
Exporting without anti-aliasing on outside?
0
Photoshop feathers selections even though I turned it off
2
How can I fill a contour?
4
How do I fill closed paths in Inkscape?
0
How can I combine and fill these lines In Sketch?
0
GIMP, cannot fill a circle on a background layer