I've been searching for hours and hours, now days for a font that would fit my website as Corbel does. I know it might not look like the best font, but it fits my needs. I've found Ubuntu that is pretty similar, I tried "Open sans" of course, "Source sans", and even the good old verdana, which is not free...etc..

Verdana is not free, and has a very ugly bold version.

Open sans could have been the perfect match but the characters are a bit too squared compared to Corbel which has more rounded characters, and low profile lowercase characters.

I've tried Quicksand but the character's space is not good, even if I would want to use letter-spacing to fix this, it doesn't work.

Has anyone ever tried to find a good Corbel alternative?

EDIT: The closest I've found yet is "Quattrocento Sans" available on google font. It has the same spirit/feeling. Despite the fact that I don't like the G letter, I know i'm crazy.

Google Font Collection that could match

Maybe Amble could do the work: http://www.fontsquirrel.com/fonts/amble

I don't know if you're still looking but "Cantarell" is what you're looking for. It is similar to Corbel, they both have that "English" Gill Sans influence and both use single bowl "g"s as opposed to the other fonts suggested. It is available on FontSquirrel and as a Google font. 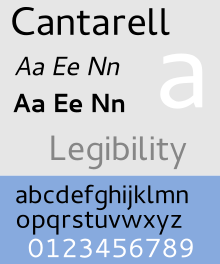 Liberation Sans has some similarities to Corbel. You can find it on Font Squirrel and there are four styles (regular, italic, bold & bold-italic): http://www.fontsquirrel.com/fonts/Liberation-Sans

Although Corbel is a Humanist sans, as DA01 commented, you may find that other fonts provide a similar feel, for example Corbert, also via Font Squirrel. This is their image; the leading could be larger: 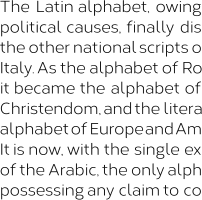 Unfortunately there is no native bold variant, so you will be forced into resorting to faux-bold.

I just had the same question and after more digging I found Noto Sans from Google Fonts.

Not the answer you're looking for? Browse other questions tagged fonts font-recommendation web-fonts free or ask your own question.

2
Which free fonts are similar to this sans-serif Handel Gothic font?
1
Can anyone suggest an alternative to Copperplate Gothic for web use?
0
Best serif web font for wide variety of scripts/glyphs
0
Can Anyone suggest free font similar to Don Citarella Gothic
3
is it okay to mix two font styles on the front page of a web site?
2
Using Google Fonts with only CSS access?
6
Looking for a simple font that is similar to how people actually write characters
2
Good pairing for Phenomena font?
0
Font similar to base of OldConstructedCaps without the drafter's construction lines
1
What is a free, rounded font with bars on the capital “I”?