How can I make Photoshop always open a new document with the same settings?

I always want to open a new document with the same size, resolution, colourmode etc. Photoshop annoyingly defaults to the clipboard etc. Is there any way to make the New dialog always open with my defaults?

This may look like rather long, but aside from the making of the preset, I tried to make it pretty detailed (You might be able to follow by just looking at the images)

Making your own Preset:

Preset is done and can be found from the preset list from now on.

So, when Action is done you can start it my pressing the play icon in the Action window or by using the assigned hotkey.

You could indeed make action where you don't start by making a preset and in #3 you would set the document settings that you want and press OK.

The thing about actions is that it takes longer for an action to be executed the more stuff you stick into the action.. Even though the action is not long in this case, it does split the stuff that the action has to do by about half.

Plus you can use the preset outside the action as well. This gives some freedom if you want to for example temporarily make the same document with another Color Profile.

All you have to do is save your desired document settings in preset for future use.

Please see these screenshot they are self explanatory 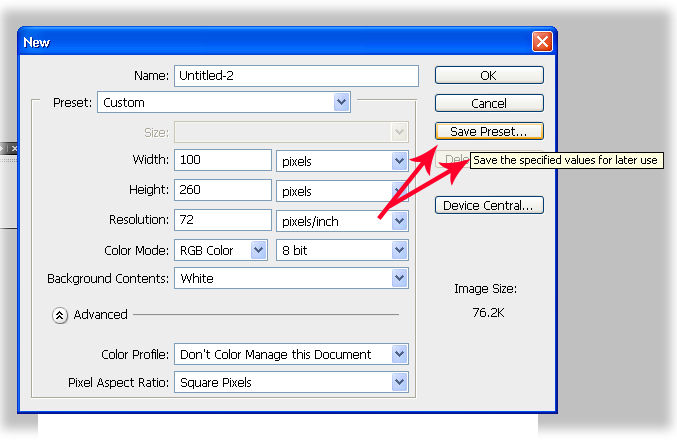 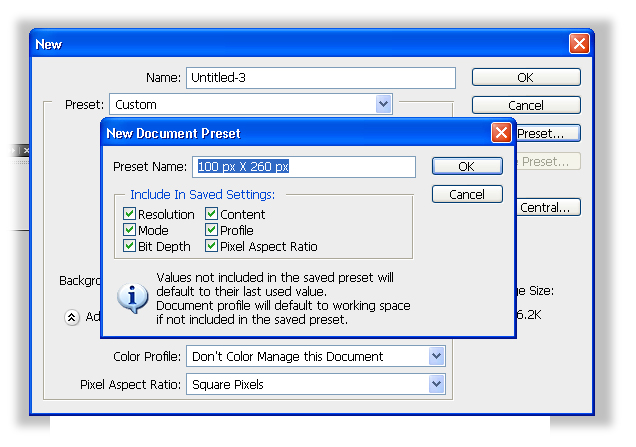 you can select that preset which you have made earlier from the drop down for every time you need those same settings. 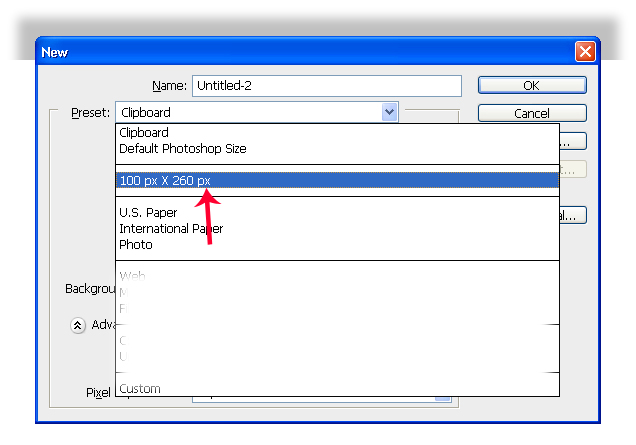 Hope this will help...

I think I know how to fix this. Just go to edit > purge > clipboard.

It happened to me too, but turns out for some reason, I had something in my clipboard, so whenever I made a new file, it automatically thought I wanted to see the clipboard thing. Purging it reset it.