What is this old font like Pacman or Modern Plate from real estate agency?

i'm not really sure if i can ask it, but i'm looking for this font for days now. It is very similar to Modern Plate or font of Pacman title, but with stripes. I'm sure I've seen it in a famous logo and anyone I showed it gave the same impression. It's something really old.

I've already tried search it with: WhatTheFont,What Font Is and Identifont without success.

The attached image represent "Agenzia", it's from resources of an old SWF.

This is the complete title "Agenzia Immobiliare":

Can someone help me to find this font or recognize it?

Dafont's Simulata seems to be a good match. Apparently some shadow effect has been used to make it bi-coloured in your example. 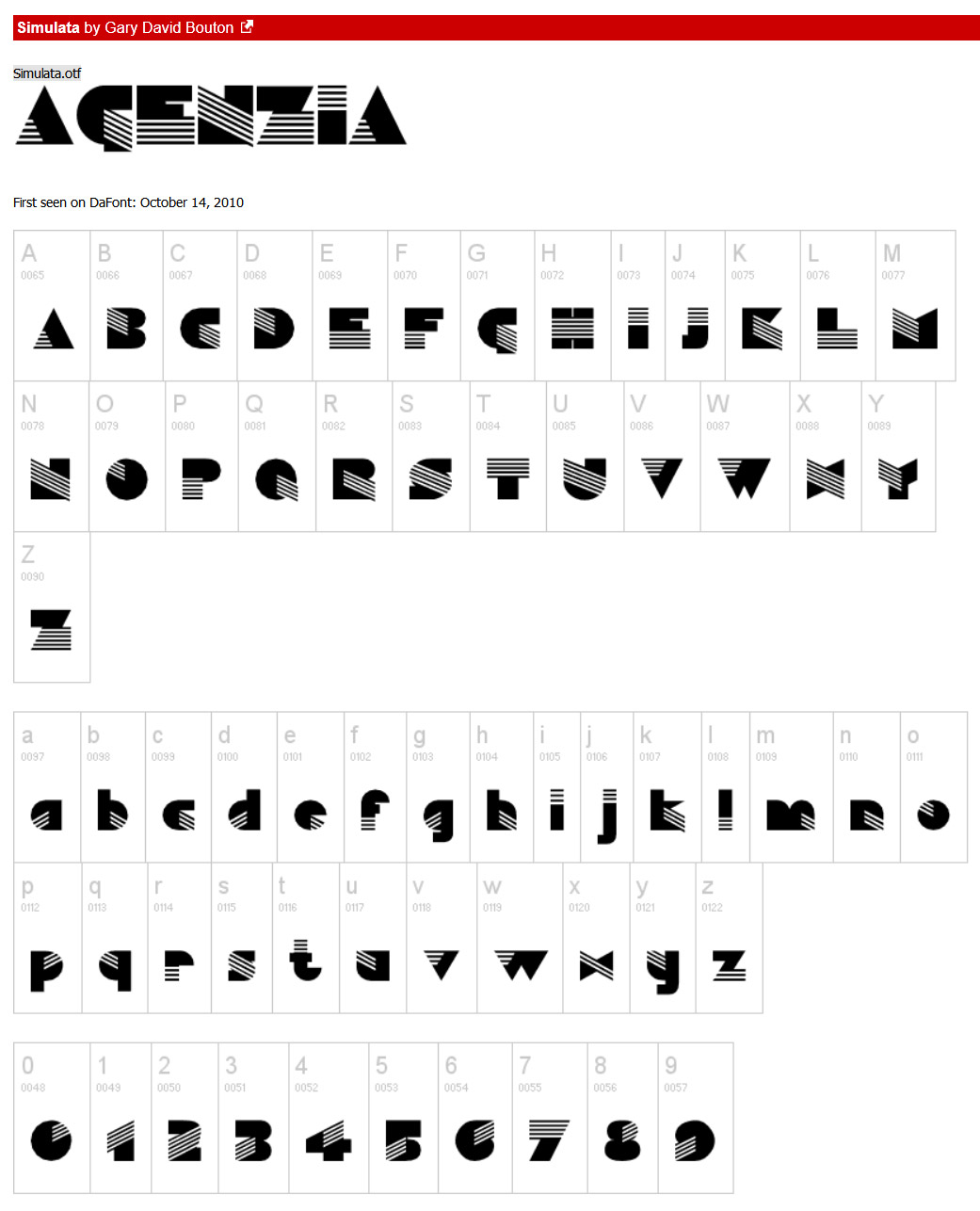 It's Sinaloa, I think originally struck by URW, and then licensed to Lettraset in the mid 1990s, and distributed under the Fontek brand.

Simulata is also very close match— I'm jesting...I created Simulata, and as the credits say on Dafont, it's donationware. Use it commercially or privately when you've given a few bucks to a good charity, or do something else good for our world like picking up some roadside discarded stuff on Earth Day. Honor System, Good Karma Be Yours.

The short of it is I recreated the font because at the time there was no Windows version. Sorry for the side-tracking.

It's Sinaloa and someone just smooshed the lettering.

It is Sinaloa, an old Letraset font from 1974 by Rosmarie Tissi:

2
What is California license plate header font?
0
Sans-serif font identification
3
Identifying a monospaced programming font
0
What is this helvetica-like font called?
2
What is this typeface from old prayerbook?
0
Fonts used on cover of this textbook series (Graduate Texts in Mathematics)