Any Advice On Shadows and Highlights? 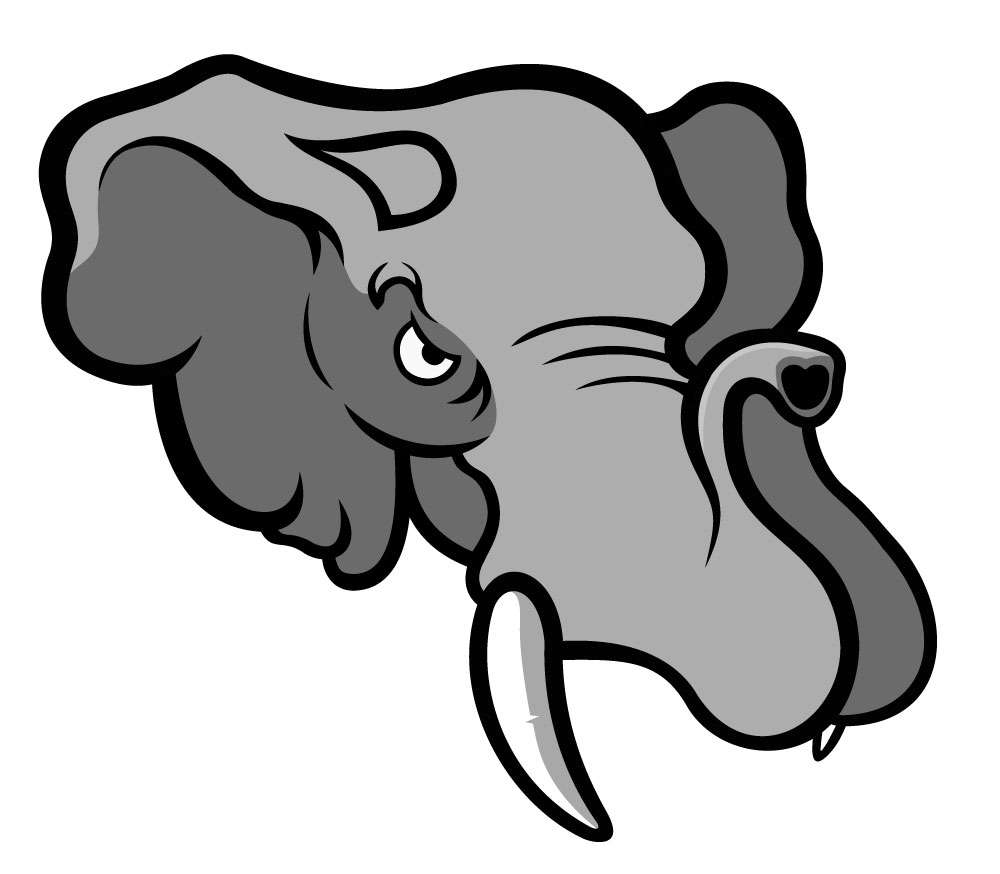 An easy trick, considering you have normal light, is to make the things closer to you lighter, the elements that are further, darker. You have to imagine the light reflecting to the curvy surface and where it will touch first and last; the areas that are closer to the light will be the first touched and the most "illuminated."

With illustration like this one, the light often simply come from the front view, where the viewer is; but you could have it anywhere to give another effect to your graphic and combine it with the viewer's position in mind. And you also need to think of what part of the elephant's face will project shadow as well, and make these areas darker a bit too. I think your illustration is very well done and you're not missing much on the shadows/highlights.

Since it's for a sport team style of logo, you don't want to overcrowd your illustration with complex shadows everywhere; the important is to make sure the dimension is there. The more "half shadows" and details you'll add, the more you'll lose contrast too. These logos are created with less details to keep as much contrast and visibility even if they're seen from far. They're also created with less details because they're often used with embroidery.

Here is an example to get your started on how you can slightly change the shadow and highlight to add a bit more dimension to your elephant.

As you can see, I highlighted the trunk since it's he closest to the viewer and the light (and eyes) will hit that area first. So that gray has to be lighter a bit.

And for the left side ear, I simply cut the shadow a bit because that's also an area that will be hit by light; you need to make sure the right side is darker than the left side because it's further away.

The fold of the top ear will project some shadow in the ear, so this part can be darker. You also want to show the ear has depth, therefore less light will touch that area... adding shadow there is another way to show this.

The cheek part that is darker is fine since the jaw will project shadow on this deep part in real. 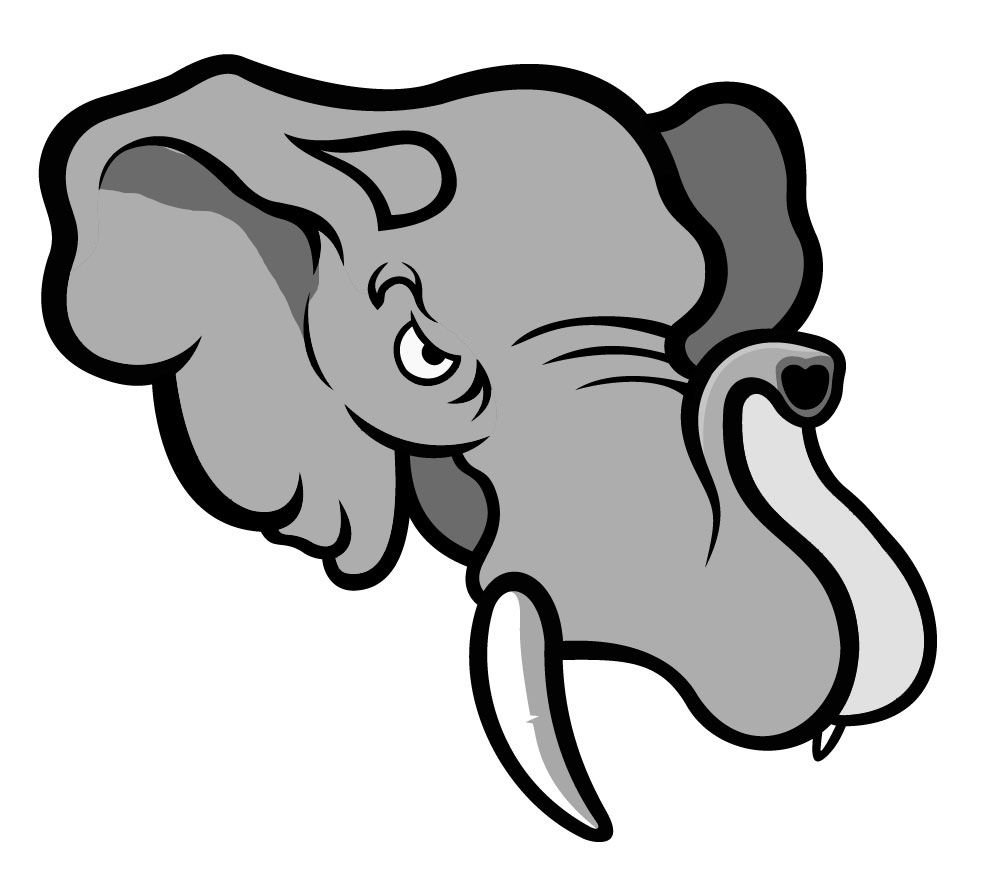 Example with more contrast with the black outline: 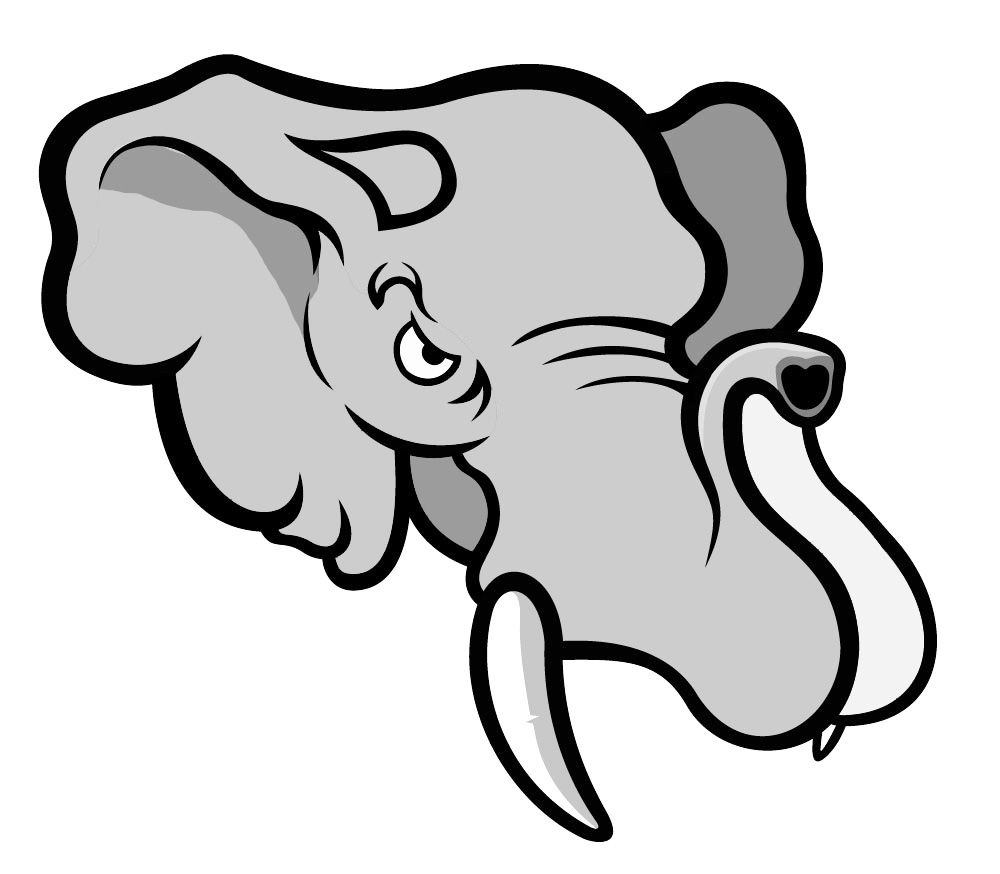 It takes some practice and observation of real pictures to learn how to create logical highlights and shadows but you can imagine in your head how the light will react if that image was in 3D and if there was a light source on top of the illustration or if the viewer was the light source. You can start by analyzing where the light will "land" and then where the shadows will be projected, and on what part.

Not the answer you're looking for? Browse other questions tagged adobe-illustrator logo illustrator-effects highlights or ask your own question.