Cut out stroke from objects beneath

I'm fairly new to Illustrator, but I'm working on this vector: 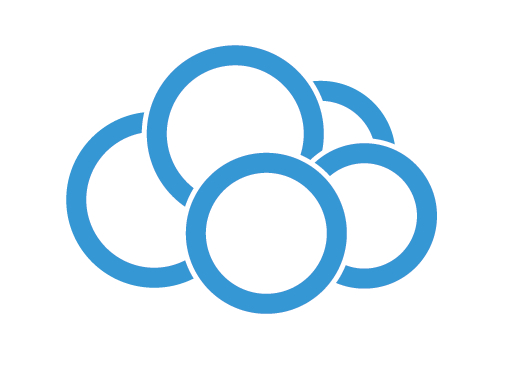 Right now this is accomplished by circle paths, white fill color, and also two strokes. The blue stroke is 4px and then there is a white stroke of 6px under that, which is how I'm getting the gap between the circles.

My first thoughts were to try and do each overlapping circle separately and do a "Minus Front", but this doesn't work because the blue is a stroke and will just redraw along the line of the overlapping circle that cut the bottom path.

Second thought is that if there was a way to turn the stroke into a path with a fill instead of a stroke on a circle, that this would be possible. I Found Object > Path > Outline Stroke which does this, and I can kind of get it working, but then the steps to accomplish would be:

So is there any way to accomplish what I want to do without that mess?

No its not possible to cut a stroke without expanding it. However let me suggest an alternate workflow. Your missing a part of the thing.

Removing the white, can be made into a 7 step operation. This in turn be recorded as a one click action, if you need to do this often:

No matter how complicated your scene all white is now transparent. Again, I repeat myself, this is perfectly recordable as a action so it should never need to be a more work than a click after you have grown sick of doing the 6 steps (although I just have the 4 first steps recorded for versatility in design).

Variation on theme: If you wish only to make some white areas transparent use a proxy color and delete either that color instead OR color the white you want to keep to something else and as last thing color that back to white.

Instead of saving the original out, you can just copy the original stuff to a second (set of) layer(s) and hide said layer(s). Now both versions are available in both layers. You can even write instructions in the hidden layer on how to proceed to go to the second so you will never forget.

Not the answer you're looking for? Browse other questions tagged adobe-illustrator pathfinder appearance or ask your own question.

6
Effectively creating this effect in Illustrator?

4
Group paths into fillable objects/Join open paths in Illustrator?
8
cutting one object with another using illustrator
0
Cut strokes from other shapes via pathfinder
1
Canvas cut marks
0
Cut hole without stroke into object with stroke
3
Is it possible to set stroke weight to be exactly 1 pixel in Illustrator?
1
How to cut out a shape from another shape that has effects?
1
Illustrator outline text, stroke offset creates "holes" in some letters
1
Changing Stroke Cap Angle
1
How can I maintain outer stroke on overlapping path?