What is this arrangment of elements in broadcast news called?

I am searching for the name of an arrangement typically used in news-broadcast designs, exemplified below (Terror in Boston, with rectangle above). In French we call these mortaise, but I cannot find the English term for it. 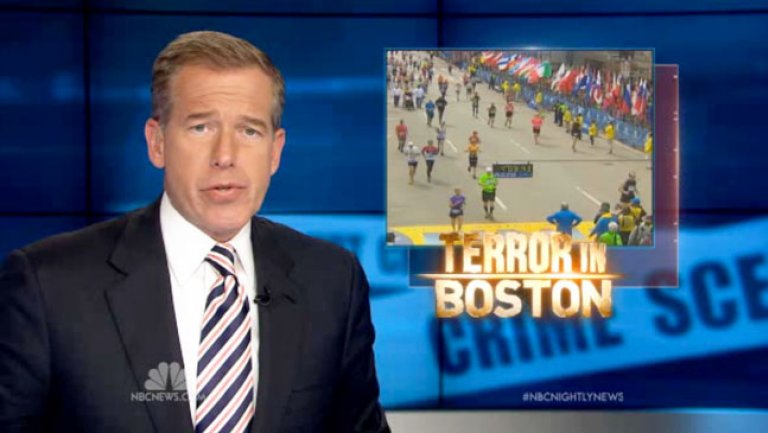 Although a naming convention for Television News Graphical Layout might exist, the names for those kind of graphical elements may vary from place to place in the world depending on how a certain culture/business field prefer to reference/call those. Anyway, the one in the image you provided I believed it's called "Over the Shoulder", see this paper for more details.

Many of these elements are sold as ready made video packs, most of the time as editable After Effects projects on marketplaces such as videohive.net which usually include elements such as Openers, Bugs, Lower Thirds, Split Screens, Text Tickers, Over the Shoulders, Info Screens, Bumpers, and many others.

I hope it helps.

As a professional video editor working in broadcast, and as a college-educated broadcast journalist, this graphic is indeed called an "over-the-shoulder" (or OTS, for short).

Not the answer you're looking for? Browse other questions tagged style-identification terminology or ask your own question.

3
Term for content-holding iconographic images
2
Terminology for a “futuristic” interface, objects, etc.
2
What is graph paper called where the grid is dashed instead of solid?
7
What is this woodcut / engraving like / illustrative design style called? (as seen on the US dollar sign)
2
What is the name of this element?
3
What is the name of the glyph that looks like a dash, but tapers on a single end?
8
What type of graphical projection is this?
5
Graphic term for precise/geometric double exposure images
0
What this art style/trend is called?