I'm just about to send a CD-booklet 134mmX122mm (34pp)for print in a Guangzhou printshop – and the language barrier makes it a bit difficult to get all points across; I'm wondering about what I need to explain about the overprinting. Every page of the book is slightly yellow-toned (A-master yellow-toned) with white background, greyscale illustrations on every page.

When overprint preview is on, greyscale illustrations blend with the yellow pages like they're supposed to, removing the white background of the illustrations.

The way you'll make sure overprinting is applied is simply by adding your background color to the color recipe of your gray illustration.

If the gray is a rich gray, you don't need to literally add the ink; as long the gray contains the same value or more of yellow/cyan/magenta than your background, you'll be fine.

And then also add the overprint setting but at this point it won't be necessary!

You're right to do something more "forceful" than trying to explain yourself. It's very hard to deal with printers in China and you need to provide your files as easy to print as possible. They also have old RIP and your overprint settings could be ignored or simply removed.

Example of a "fake" or "forced" overprint in CMYK with a normal gray (50% black): 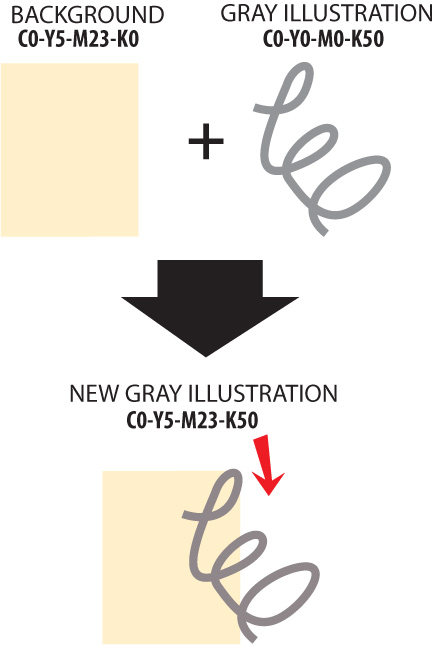 In Adobe Acrobat Preview, you can verify your results or any software that shows you the CMYK separation 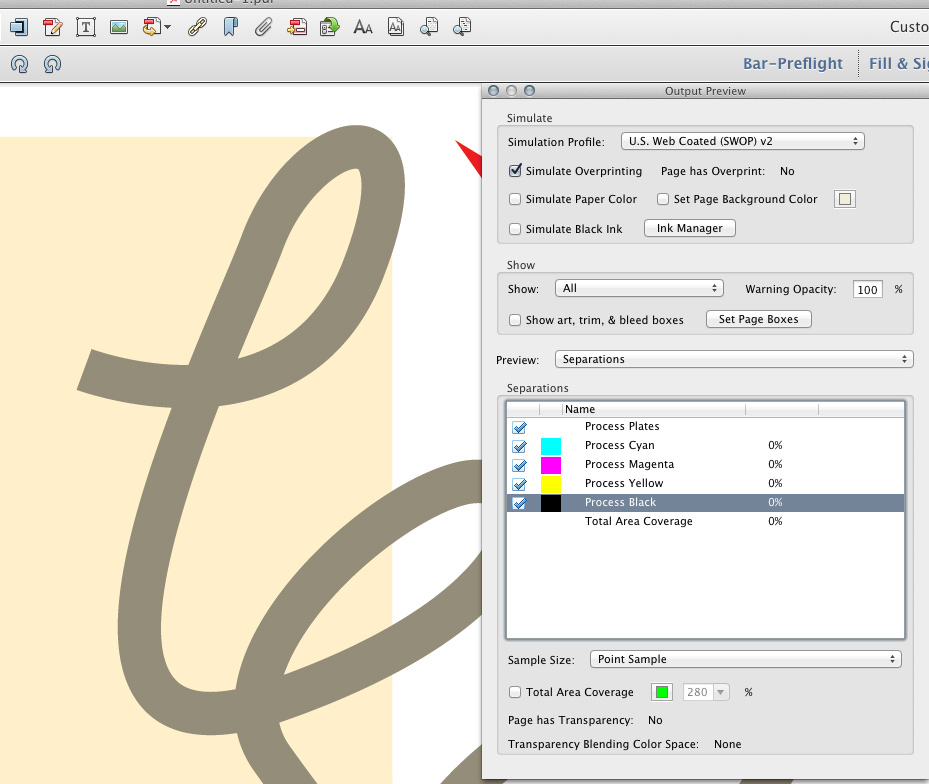 Result without the black separation showing.

That's how it should look like. It will give you the same result as the gray overprint since the background and the gray add up together. 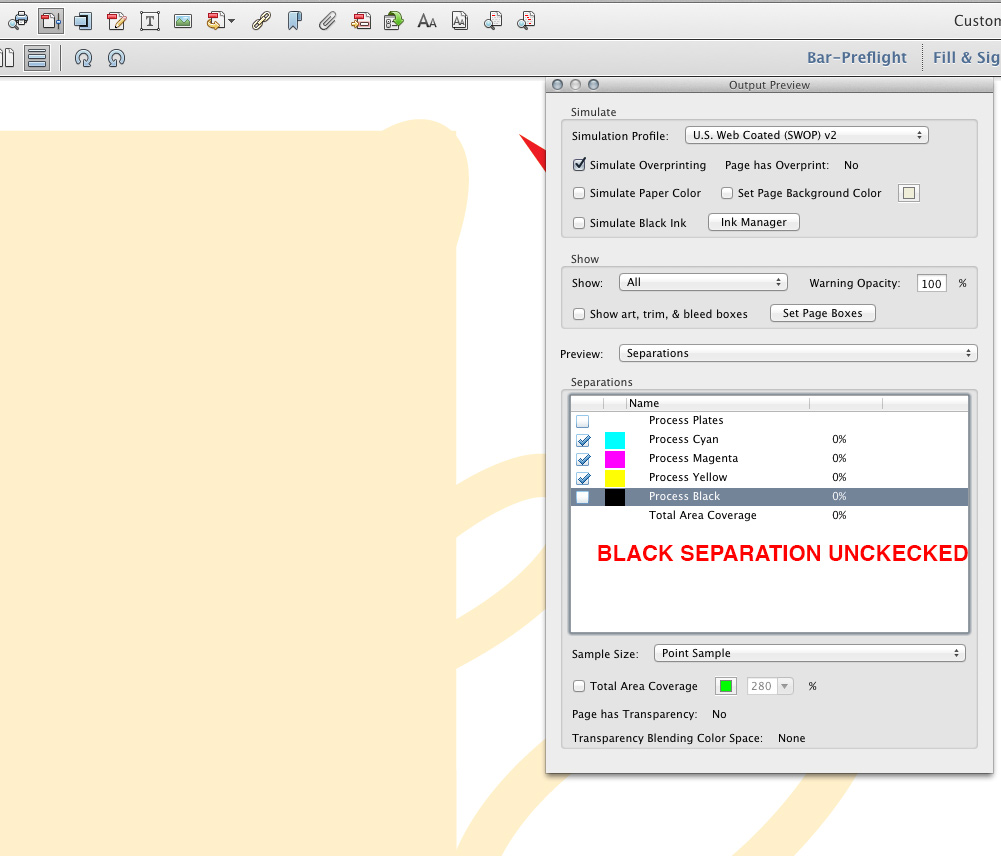 Example with a rich gray 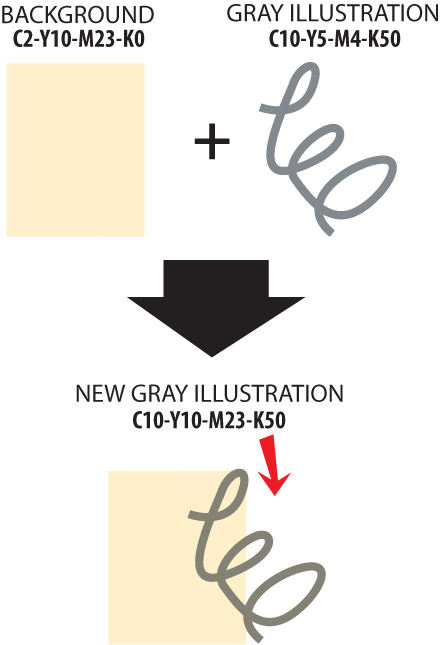 Result with the black separation removed

There's no white "knockout" on the yellow, that's like overprint: Every separation of cyan, magenta and yellow contains the same amount of ink as the yellow background. 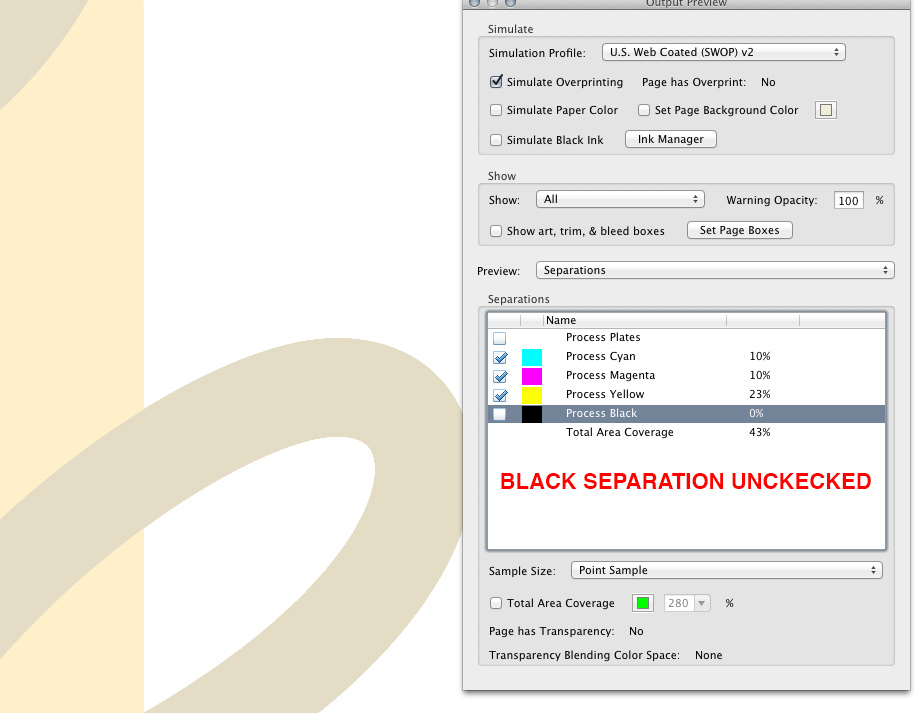 The method above will guarantee you the other separations won't get knockout or trapped without overprint like this! 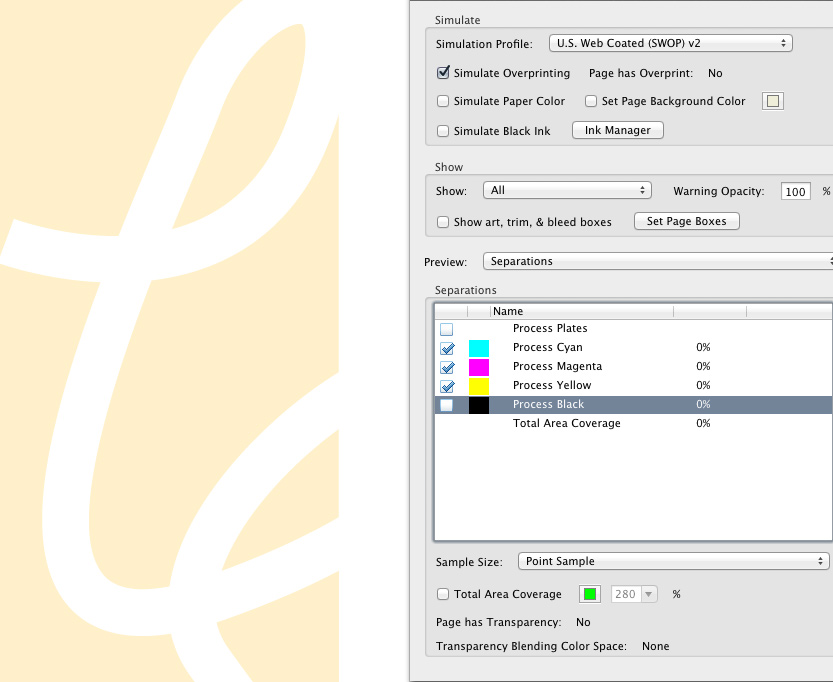 If you're using that overprint effect to create 2 shades of black when the illustration overlaps the yellow background, you'll need to do some Pathfinder work on that illustration to split it, and then apply the 2 types of gray where you want them (eg. the rich gray with yellow on the background part, the gray without yellow on the white part, etc.)

Not the answer you're looking for? Browse other questions tagged adobe-indesign print-design layout overprint trapping or ask your own question.

20
What CMYK values should I use for rich black, and how should I handle tints/shades?
1
Why does black text look darker in InDesign compared with the PDF in Acrobat?
1
overprint showing wrong in output preview on different profiles

0
Will a white box in the lower layer cause overprinting issues?
3
Is cheap two-colour printing possible at all?
0
Sending layout to printshop - transparency?
4
InDesign: knockout / overprinting
0
Designing a Photo Call Background, & Scaling Up (File size concerns)
0
InDesign: is trapping applied when exporting a PDF
5
Smallest color set for overprinting?