Critique: How can I make the imagery used for these Dessert e-book covers more appetizing? [closed]

Ask Question
Asked 5 years, 9 months ago
Active 5 years, 8 months ago
Viewed 336 times
7
Closed. This question is opinion-based. It is not currently accepting answers.

I've published a dessert book on Kindle. I only had a small budget so I used a free stock image, but I've been getting feedback that it's not very appetizing and I agree that it isn't - it's too dark and not very tasty in my opinion.

I've designed the following alternative covers with paid-for images. The ultimate goal is to make the cover appealing enough for people to buy the book. 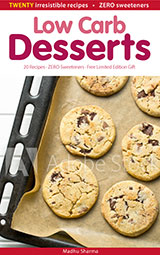 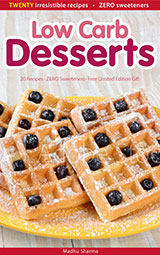 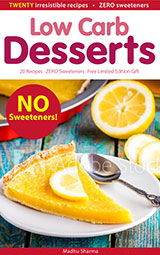 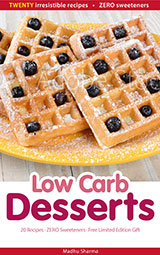 At this size, the finer details don't need to be clear, but the cover should tempt the user to click to learn more. 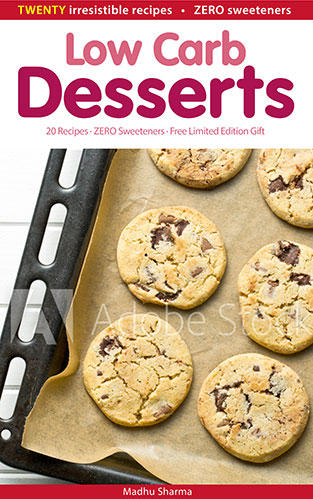 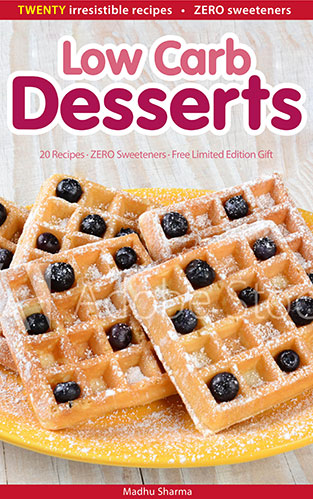 I know the subtitle is a bit dumb, but it has to be there so the text appears on the Amazon search results. The final images wont have the Adobe watermark and will be higher resolution. 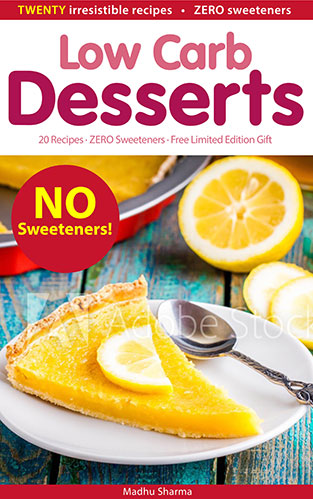 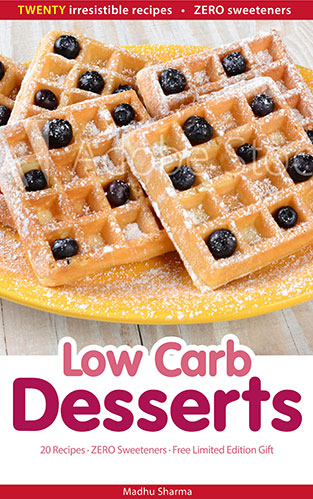 1. Can I make them stand out more when viewed at thumbnail size?

2. Can I make them more appealing to someone who is in the market for buying a dessert book?

3. Do I need to add anything to make the benefits of the book clearer, or will doing this distract from the appeal of the images?

I've named them to make them easier to refer to:

Here are some new covers that take on the excellent feedback provided. I would like feedback on:

Many of the stock images I have found (that are in my budget) use pumpkins.

1. Do pumpkins carry an intrinsic association with Halloween, or is there a way to avoid the Halloween theme while using them?

In these new covers, I have stripped back the design to allow the photo to have more impact.

2. Are the images shining through the design more now?

I have gone for images that have rich textures to trigger an emotional response.

3. Do these images work for conveying low-carb recipes, or are they lacking in another area? 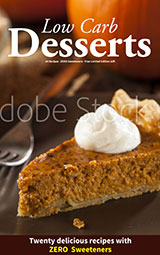 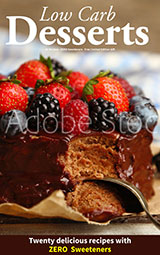 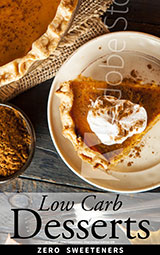 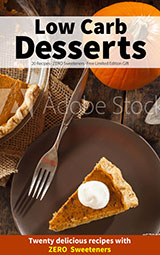 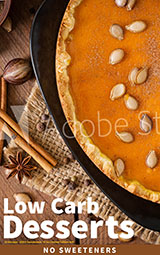 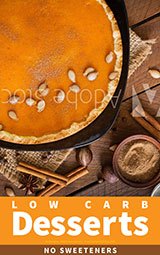 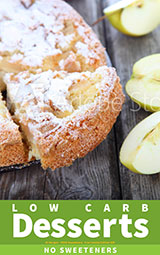 Essentially my question is "What's the best way to make a food ebook cover that sells" The answer is given by Yisela. The product on sale isn't the recipes. It's the life style of healthy living, natural food and to a lesser degree cooking mastery (as if you can master the skill of cooking, you can then be disciplined about your eating choices and habits, which makes it easier to be slim).

The first batch of covers I posted were in the wrong direction. I was trying to convey the fun, feel-good nature of desserts. But the audience isn't buying fun. In fact, it's probably the fun side of desserts that lead them to becoming overweight in the first place. That's why the covers looked good but felt off. They were sending mixed messages. In addition, cultural differences means that things like waffles might not be read as desserts.

The second batch of covers work, because they are selling what the audience wants (i.e. a healthy lifestyle). The pumpkin ones probably work the best because they show the raw ingredients, but they also risk limiting the book to being an autumn product. The chocolate one works better as it is universal. It still shows the raw ingredients (healthy fruits). It's obviously home made which ties back into the lifestyle angle. Finally, although it's home made, it's not a mess - it's smartly put together which indirectly conveys the message of mastery.

The reason I struggled was because I wasn't clear on what I was selling.

Positioning of the title

I don't feel there is an obvious advantage to any of the two/three versions, but I do prefer n. 4 because the white background highlights the image more, and the overlay of the font at the top looks pretty nice.

I am nor particularly tempted by the cookies, and the lemon pie looks healthy but not very yummy. I like the waffles, they are attractive and look quite harmless.

One of the issues I have with the images, and this might explain your feeling of "quite there but not there yet" is that they lack context. Great photos are supposed to provoke feelings (I made that up, but sounds reasonable, right?). What's the feeling you want to convey with these covers? "I'm healthy, I enjoy food, I'm happy", or something of the kind.

The waffles are almost there, but what I would like to see is a nice table, with a pretty tablecloth, maybe a smoothie and some fruit on it... a decorated napkin... You are not selling recipes (not exclusively), you are selling a lifestyle. Maybe try adding some of these elements and see what happens. 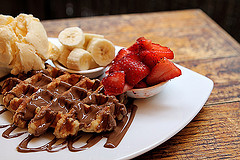 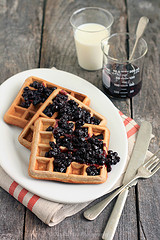 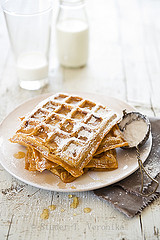 Definitely cover 3. It looks healthier, which is probably what most people will be looking for when search for low carbohydrate deserts. The food is also presented a lot better than in the other photos.

In the first set, the font is particularly problematic.

That font looks 'fat' and round and bursting at the seams.

In both sets, the images are too noisy.

Low === Minimal imo, so you should go for a minimalist, light and airy design.

This is a very appropriate use case to recommend using a very thin and simplistic font - definitely avoid strong serifs.

Not the answer you're looking for? Browse other questions tagged critique stock-images ebook or ask your own question.

1
What program can be used to make book covers (digital and print)?
2
Critique: How can I make this flat design more exciting?
5
Critique: Is there something I can do to make this illustration's ears look more symmetrical?
4
What are the best dimensions for creating a cover imge for an Amazon Kindle?
0
Critique: how can make this 3-column dashboard design flatter?
2
Critique: Poster for event on Friday the 13th
0
How can I make this graphic more like a spark?
5
Critique: How can I more clearly represent overlapping relationships in this chart
8
How to make the network graph more balanced?