My client wish was a logo with blur effect (as TATE Modern for example). Now I need to prepare all kind of files to deliver with small CI. The issue is, that logo doesn't scale properly. So the question is: should I change all blured element with "Expand Appearance" or "Rasterize" or leave blur as it is (last - I don't think so)?

While vector file formats today do support 'live' effects like blur, I don't think I'd rely on them quite yet. As such, yes, you do want to rasterize the effect so you have control.

So keep the illustrator version, for sure, but then rasterize out versions at the sizes you need.

As for the Tate, note that they don't have 'a logo' but rather a logo system. For example, the blur takes on a bunch of various forms: 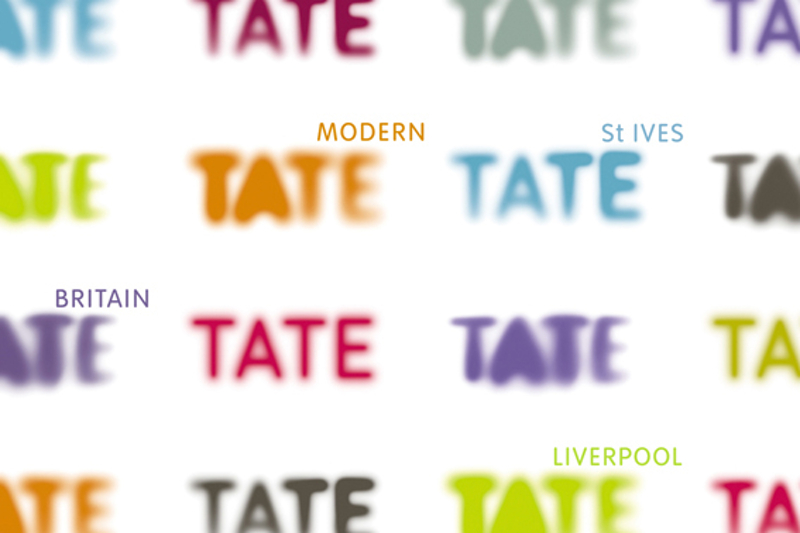 And in some instances, they use a halftone, which could be turned into a vector fairly easily:

Not the answer you're looking for? Browse other questions tagged adobe-illustrator blur or ask your own question.