So we've created a cinema ad for our energy comparison website which is pretty funny and cute an whatsoever… Now the client asked me to create a "funny and creative cinema-style announcement on our Facebook-page" to tell people there will be a cinema ad in the future.

Are advertisements for upcoming advertisements effective? It's like asking a guy on the street to watch out the next 100 meter because there will be a really nice banking ad. Should I go to her and tell her that we shouldn't do this?

Should I go to her and tell her that we shouldn't do this?

No, absolutely not. She's about to pay you for another advertisement, why would you tell her no? And it sounds like a video so a pretty nice contract if I might add.

They can be. Some more than others. For example Deadpool released a trailer for the trailer. It was highly anticipated though, went along with the humor of Deadpool, and was being released at a major event.

Yours won't be as effective most likely. However it is still an advertisement. You say your ad is a humorous video. If its really humorous and something people will want to watch then an ad for the ad could be effective. Here's the important thing though - it certainly can't hurt. Unless you do a really bad job on the teaser ad it can only serve to further promote the trailer and subsequently the product. If your client has the marketing budget to allow it then it sounds like a good plan to me. As far as if they have that budget and will see a real ROI, who knows. It sounds like they're hoping it goes viral. If it does then it very well might cover the cost.

It's like asking a guy on the street to watch out the next 100 meter because there will be a really nice banking ad.

No, it's getting someone primed and excited about that ad. Think of it more like an ad on the front of a magazine teasing you with a Special Offer somewhere inside the magazine: 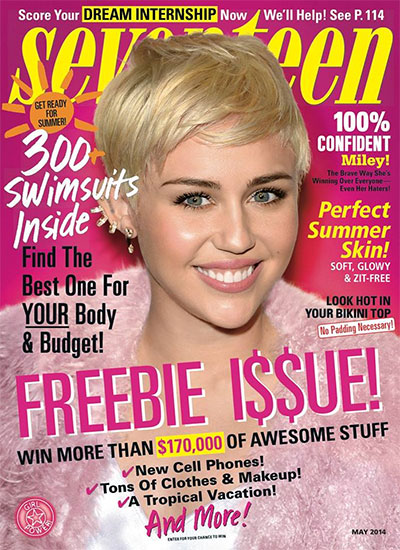 Someone sees that there's a Special Offer for something inside and if they're interested will open the magazine to find it. If that wasn't on the cover then the people who were going to read the magazine anyways would still see it. There's no loss.

Not the answer you're looking for? Browse other questions tagged design-principles business marketing advertising or ask your own question.

6
Making an Effective Menu
0
Who are the main exponents (and books) on Design Strategy?
6
What are the essential must-read magazines for the design industry? (UK)
11
What are the key principles that effective designs share?
2
How much text should I use for an ad image?
4
Is it important for a catalog cover to be left with little copy?
6
How can I use data to drive my decisions as a commercial artist working for a client?
1
Are these designs just images and not relating with the product any way?