How to recreate this color overlay backlight effect circle layer?

A relative of mine created a logo which has a backlight effect behind it.

He is much better at Photoshop than I, and I only know a few of the basics.

Here is the PSD file of my image, with only the background layer (I believe) and the backlight-effect layer: https://goo.gl/XNJ8AK

And here is a view of the image: 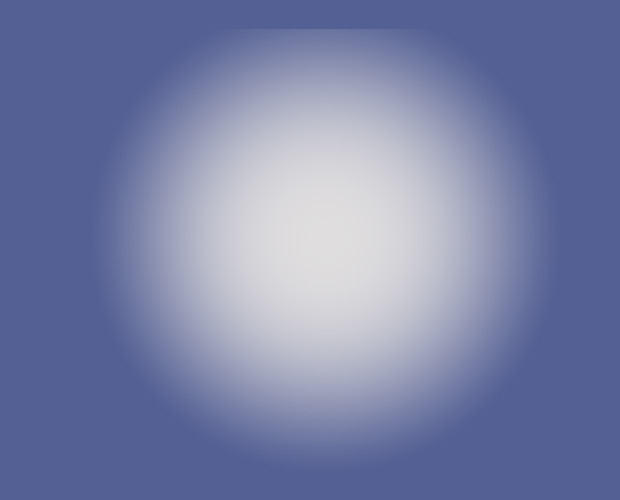 I tried to mimic the properties of the backlight-effect circle layer (called 'light copy' in the aforementioned PSD file), by adding the 'fx' - 'Color Overlay' effect to a newly-created layer, and modifying the settings so that they were the exact same as the original backlight-effect circle layer. Of course, the layer was invisible (yes the 'eye' icon was visible next to the layer name). I'm not surprised as, when I tried making the mimic layer, I never drew a circle or used the brush tool or anything like that.

I want to fix the backlight-effect circle so that the top isn't cut off, AND I want the properties to be the exact same (as the layers that make up the logo go over it, and it acts as a perfect backlight effect).

Anyway, I'd be very grateful if anyone would be willing to take a look at the PSD file and either show me how to fix the original layer (so the top isn't cut off) or how to recreate the layer with the exact same properties. Because I don't even know what to search for on how to fix this! (I tried following a YouTube tutorial on how to create a backlight-effect circle but it didn't instruct me to use the 'fx' - 'Color Overlay' effect - it told me to use the brush tool instead?).

The circle shape on the PSD you linked WAS NOT made with a color overlay effect. Note the fill was turned down to 0. Turn up the fill, turn off the effect and you'll see a nearly identical circle: 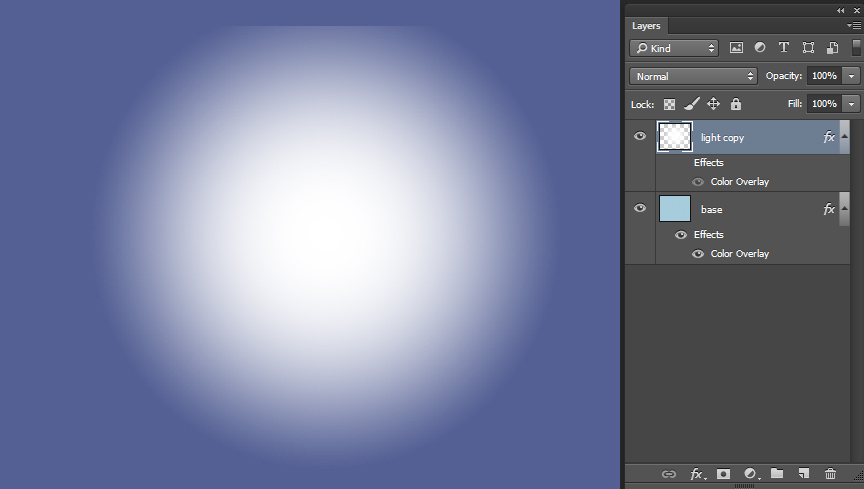 Reproducing EXACTLY will be very hard. Fixing however is very easy. Add some guidelines, grab the bottom half, copy and paste it to a new layer, delete the top half, rotate the duplicated bottom half and move into place: 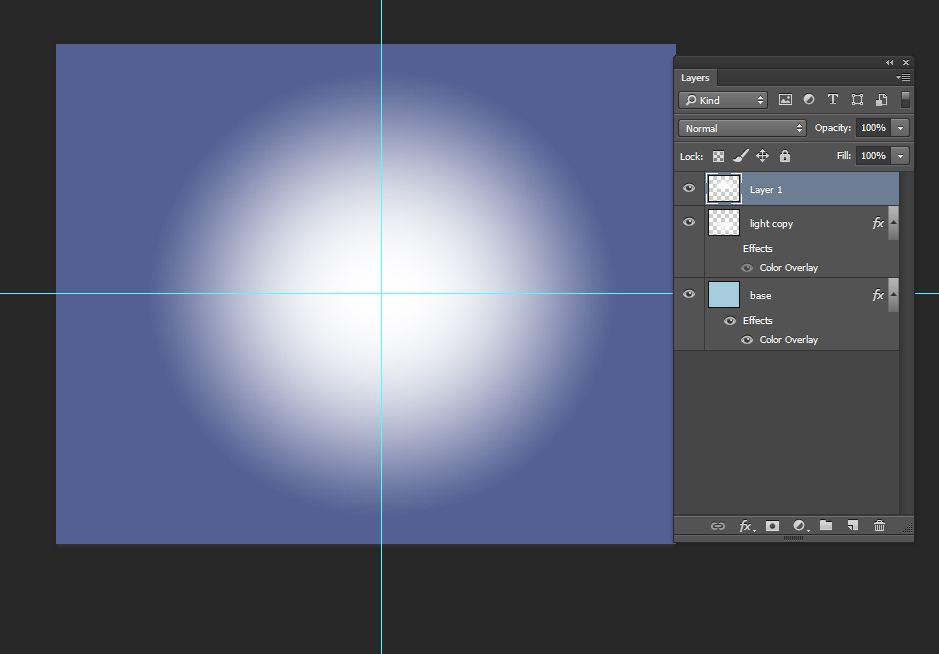 15
How do I recreate this color overlay layer effect in Photoshop?
5
How to determine the color and opacity using the color picker tool?
7
How to change color of an image in Illustrator
5
how to compensate 50% opacity white over photograph
0
How can I achieve colour overlay effect in PS?
0
Color Overlay added to Adjustment Layer does not show
1
How to create a fishbowl effect in photoshop?
3
How do I create a circle graphic pattern in Illustrator?
0
What is a good technique to layer one colour on top of another colour of the same colour?