What kind of software used to make spatially accurate renderings over satellite imagery?

I'm looking to make some mock top-view renderings of road reconstructions like this: 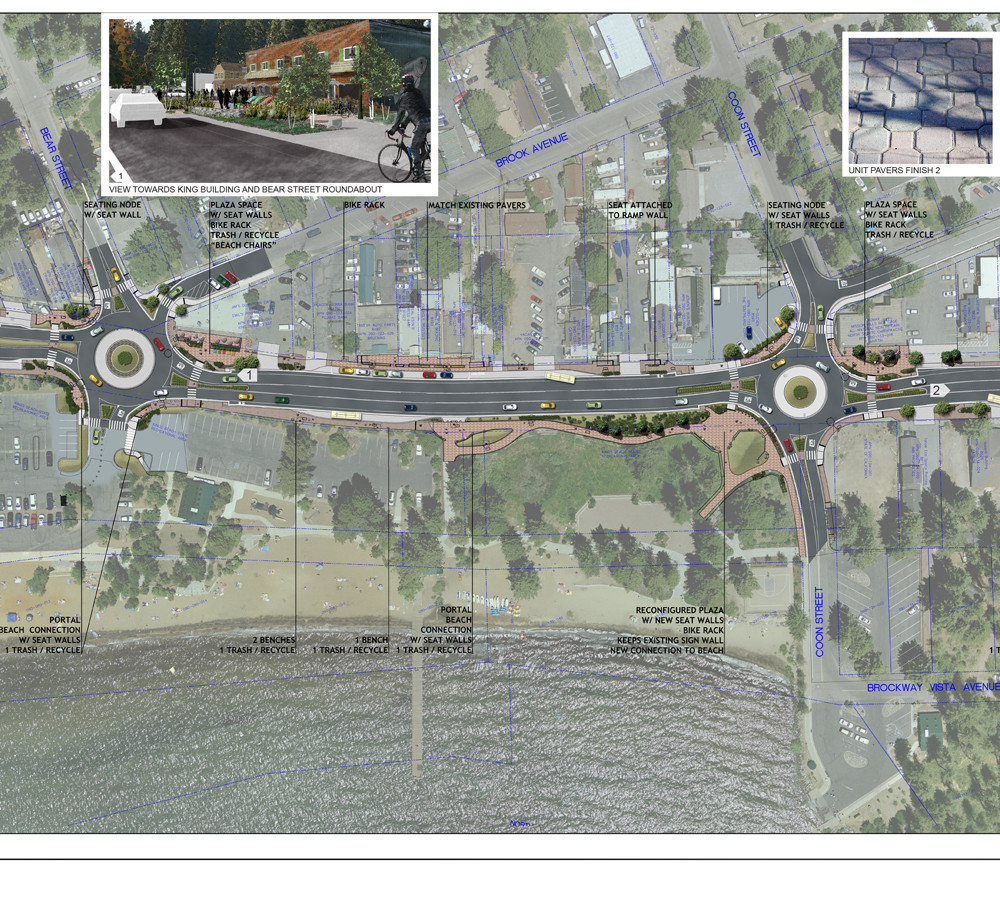 I've been trying to use Photoshop and Google Earth to do this since I know how to work them both, but it's a very clunky method. I usually trace out some guidelines in Google Earth since I can measure distance accurately with it, then take a bunch of screenshots and stitch it together in Photoshop, where I use paths to actually render everything. This method is very inefficient (not to mention that both Google and Photoshop deal with paths pretty terribly I think) but I don't know of any other way to do it.

I figure there has to be some kind of software that is aware of the concept of 'distance' (need to draw 11' lanes, 6' sidewalks etc to scale over satellite imagery) that is useful for making these kinds of renderings, but I wouldn't know where to begin looking.

that both Google and Photoshop deal with paths pretty terribly I think) but I don't know of any other way to do it.

Use vector illustration software such as Inkscape or Adobe Illustrator.

The typical type of software for doing what you are doing would be CAD software. AutoCAD being one of the most popular.