Is there a way to make the bounding box of a group rotate with the group in Illustrator?

I'm trying to skew square grouped art onto a "cube" shape (a hexagon). I can get the two sides, but the top "diamond" is hard to do because, when I rotate the square image to match the front edge of the diamond, the bounding box resets to align with the x and y axes, preventing me from warping it correctly. 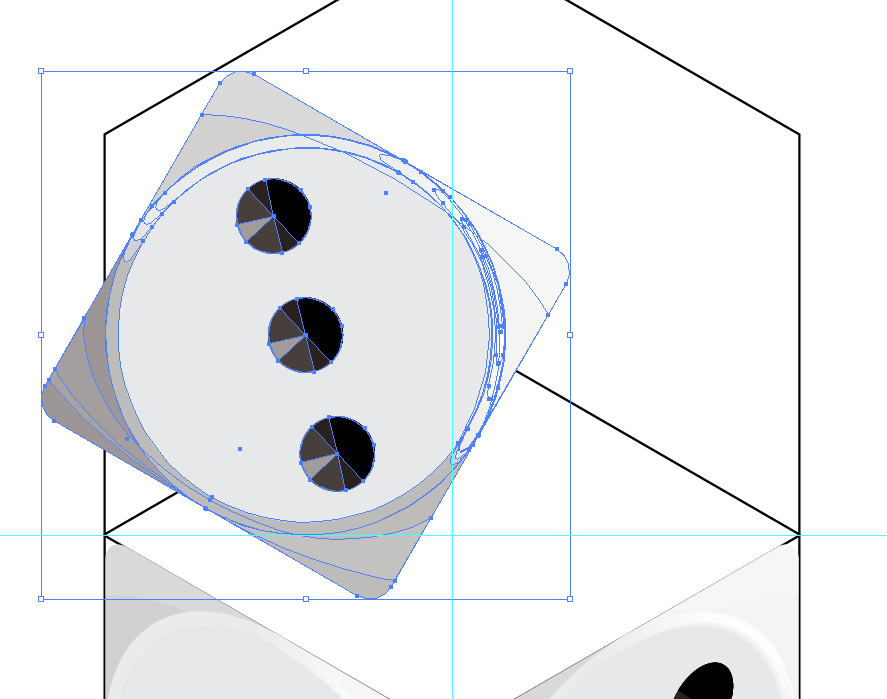 The primary thing is that the bounding box resets upon certain actions such as saving, expanding, copy/pasting, duplicating, transforming, etc. The bounding box has never been designed to stay rotated with the object, although it will do just that in some instances.

The issue with groups is that each object within the group technically has its own bounding box. So which box is the correct one to display? AI can not possibly determine that in most cases, so it creates one bounding box square to the artboard.

It does seem like it would be an easy matter for AI to "find the edges" of the group, determine corners, thus determine angle and create a bounding box... but it just doesn't work that way. Chalk this up to along the same lines of AI never remembering the degree of rotation for objects (like InDesign does). There's little reason that could not be part of the application, it just is not.

In many cases using Effects > Distort & Transform > Transform may be better to use, although less intuitive. Primarily because the effect will remember degrees of rotation along with other settings.

I was wrestling with this today and found a fix for one case at least.

It turned out I'd rotated one of the objects in my group exactly 90 degrees, so it still looked axis-aligned. But when I grouped it together with other objects, Illustrator saw multiple different bounding box orientations and so it ignored them all and stuck with the default axis-aligned box for the group as a whole, even after I'd rotated it.

To fix this, I did the following:

Now that they all agree about what bounding box orientation they want, Illustrator will respect that consensus as we rotate the full group.

Not the answer you're looking for? Browse other questions tagged adobe-illustrator transform skew or ask your own question.