What effect is achieved by placing protagonists close to the border?

I am watching Mr. Robot on Amazon Video and I have observed that the actors are often placed close to the border. This placement does not follow the rule of thirds, golden cut or anything else I know and seems to be rather the opposite of that. It happens so often during the film, that this cannot be an accident.

As an example, I have posted an image where the main actor is sitting on the sofa, almost getting cropped by the edge of the screen. 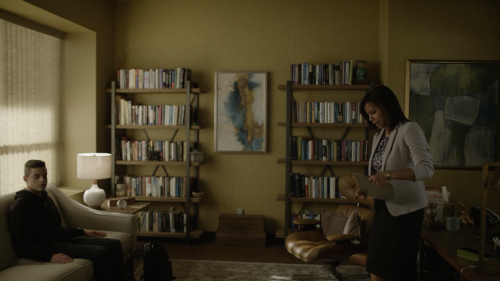 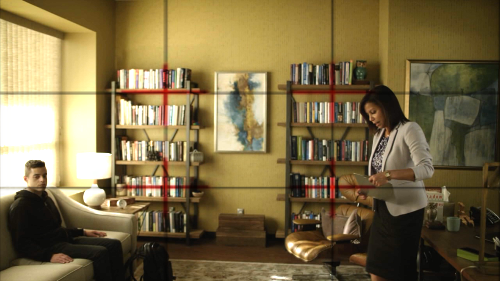 In other scenes, actors are placed at the top, almost cropping the heads of the people sitting around the table (series 1, part 7, 08:39). 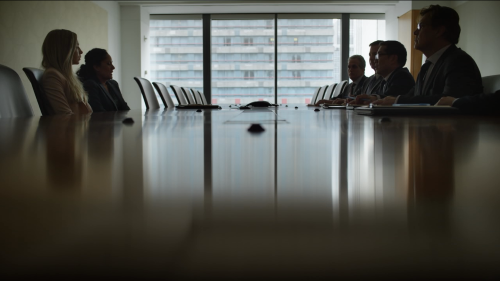 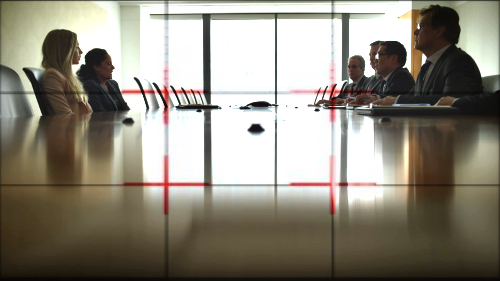 What effect/impression does this cause and does it have a name? A reference to a short description would be nice.

Mr. Robot makes very purposeful (and relatively unconventional) use of headroom. The first frame you show gives substantial headroom for the characters which conveys a thoughtfulness, a sense of isolation, and a weight of their situations. There are lots of examples of its use in Mr. Robot.

This large amount of headroom is primarily used in moments of "epiphany, contemplation, or decision" as this Reddit post comments. For example, in the frame below, Tyrell is mentally preparing himself for his meeting to propose the idea of him being CTO. 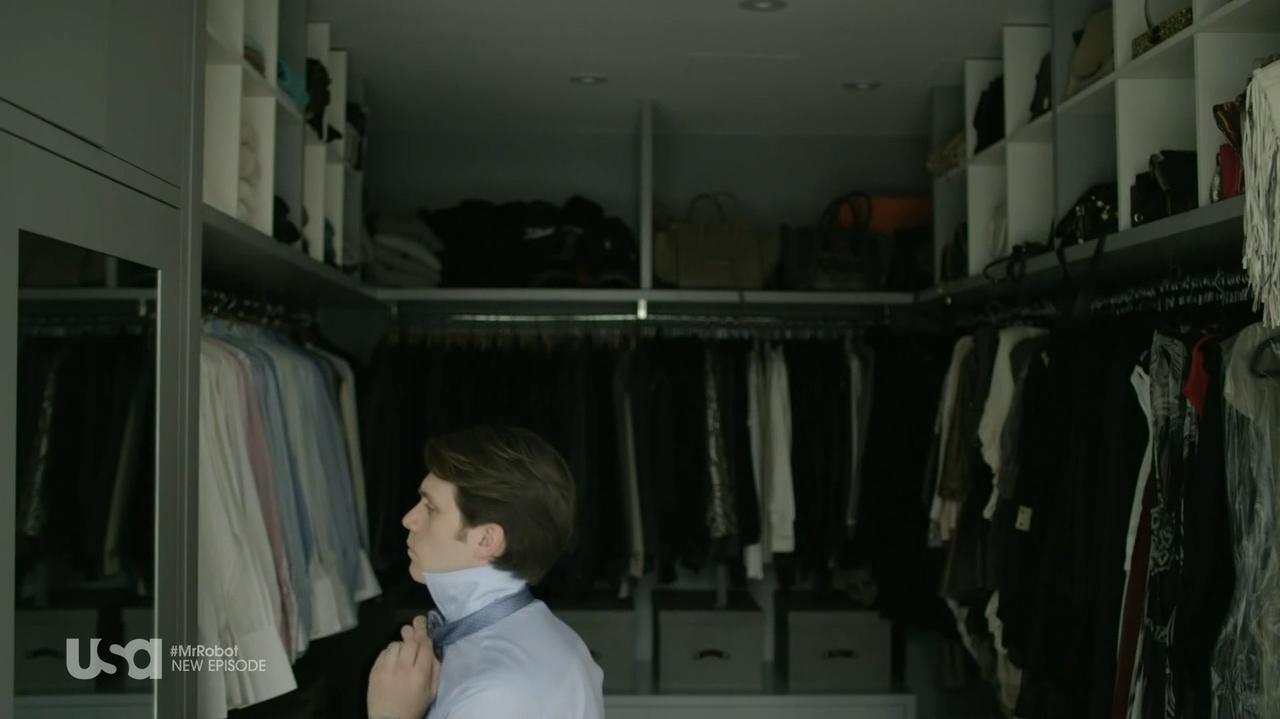 The second shot you give has almost no headroom, conveying a sense of fear, being trapped, and angst caused by Angela's situation and attempted negotiation.

Combined with heavy use of the quadrant system and "shortsighting" (all irregular ways of framing), Mr. Robot forces the viewer to be unnerved, alienated, and contemplate the huge decisions that the characters (primarily Elliot) face, which helps place the viewer in the same situation. Shortsighting also makes most of the rest of the frame out of focus which leaves only the subject, conveying a sense of floating and disconnection with all the world around. This article talks about the use of shortsighting in Mr. Robot in more detail.

Altogether, the framing really helps show the internal dialogue that Elliot continually has. 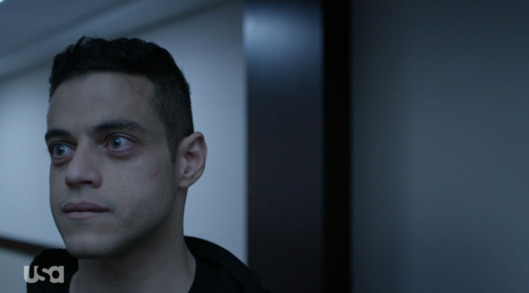 An example of shortsighting the subjects.

This makes it so that shots which use more conventional framing rules (like characters being in the middle of the frame or following the rule of thirds) to really stand out from the rest. They are only used in the most impactful moments.

Not the answer you're looking for? Browse other questions tagged page-layout layout perception or ask your own question.