Ask Question
Asked 6 years, 5 months ago
Modified 6 years, 4 months ago
Viewed 347 times
2
Closed. This question is off-topic. It is not currently accepting answers.

I am just wondering if there is a way to easily edit this text.

It appears to be an image?? 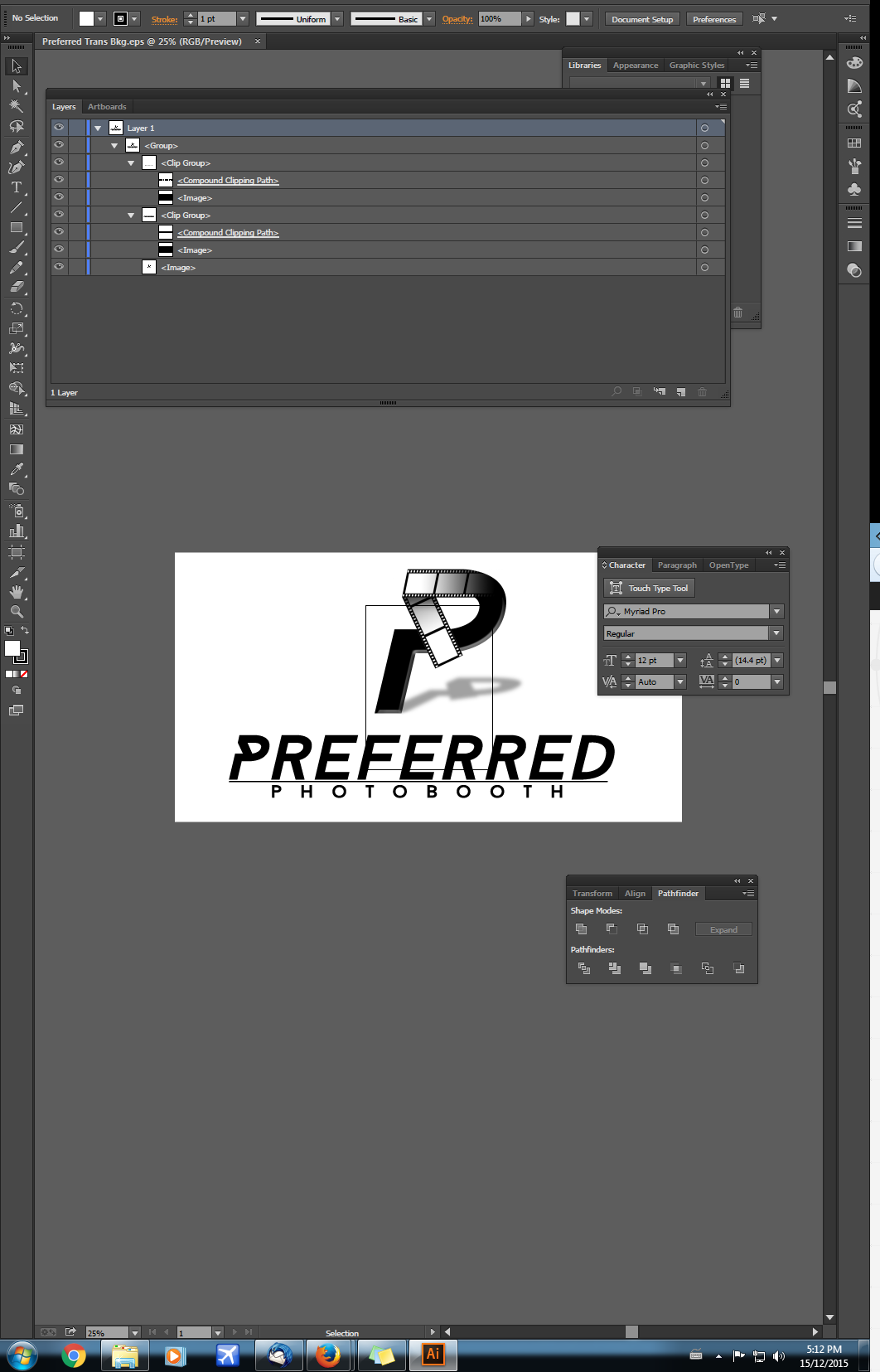 No easy way as far I know. You have to rewrite with the text tool, try to find a similar font of the image. Use this website to find the font (or get similar types) https://www.myfonts.com/WhatTheFont/

It depends if you are trying to "re-write" or edit in another way. It IS an image, and it's possible to do an Image Trace if you just want to change some things. Keep in mind, once you do this, each letter will be an individual object, not an editable letter. However, you could always use a similar font to supplement... there are several options depending on what you're trying to change.

I'm assuming you aren't stealing this logo from someone else and just want to change some things for yourself...

*edit: I can't see your layers, but perhaps this is already done?? I guess we would just need to see more info on what you want to accomplish :)

Not the answer you're looking for? Browse other questions tagged adobe-illustrator fonts text images or ask your own question.