Fit non-transparent part of an image in photoshop

I have a bunch of images that I want to re-size to make icons with.

I have found these images on Google and they are all 512*512 images but the spacing between the actual image (the non transparent part of the image) and the border of the image is not the same for every one of those images.

I have tried to trim the image and then re-size it but I don't get the result that I want because the shadow is either truncated or it is included inside of the 75% perimeter.

Here is an image which explains the issue : 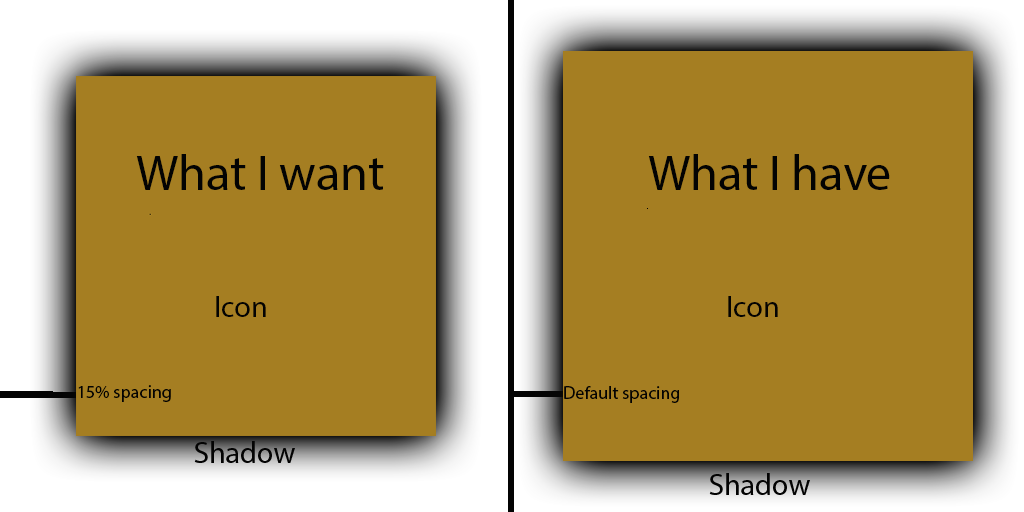 Could you please tell me how to proceed ?

I'll give you a outline of what I would do.

First I would convince my client that this is a bad idea. But given that you probably have that covered; You wouldn't care anyway. People never do, untill they realize that scaling icons is never really a good idea.

Next I would consider something other than PS as this is one of those things where tools like, python, perl or Imagemagick may be better. If this wont do then i would consider photoshop scripting. The outline of the script would look as follows:

Be prepared for 10-20% of images where this will fail.