I am trying to prepare colouring-in pictures as children's activities.

I have seen this question and attempted using this kind of technique. It works well for touching up existing line art, but isn't appropriate with arbitrary images.

I have also tried using Posterize in Gimp followed by edge detection and threshholding. I have also tried Trace Bitmap functionality in Inkscape, but I find that it that most of my attempts are producing too many tangled contours to be useful for colouring-in without a lot of time consuming cleanup.

I am using Gimp and Inkscape (but I may consider Software-as-a-Service or a commercial solution if there was something that works really well.)

EDIT I have added two attempts below for clarity.

Below is an example of my attempt with Inkscape using this NASA image of a tardigrade. After the image is Bitmap Traced, the Fill is removed and Stroking is added to produce the contours. 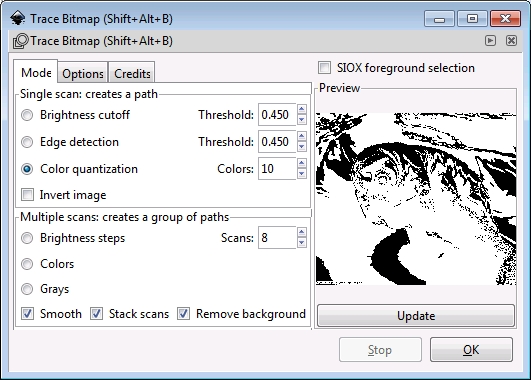 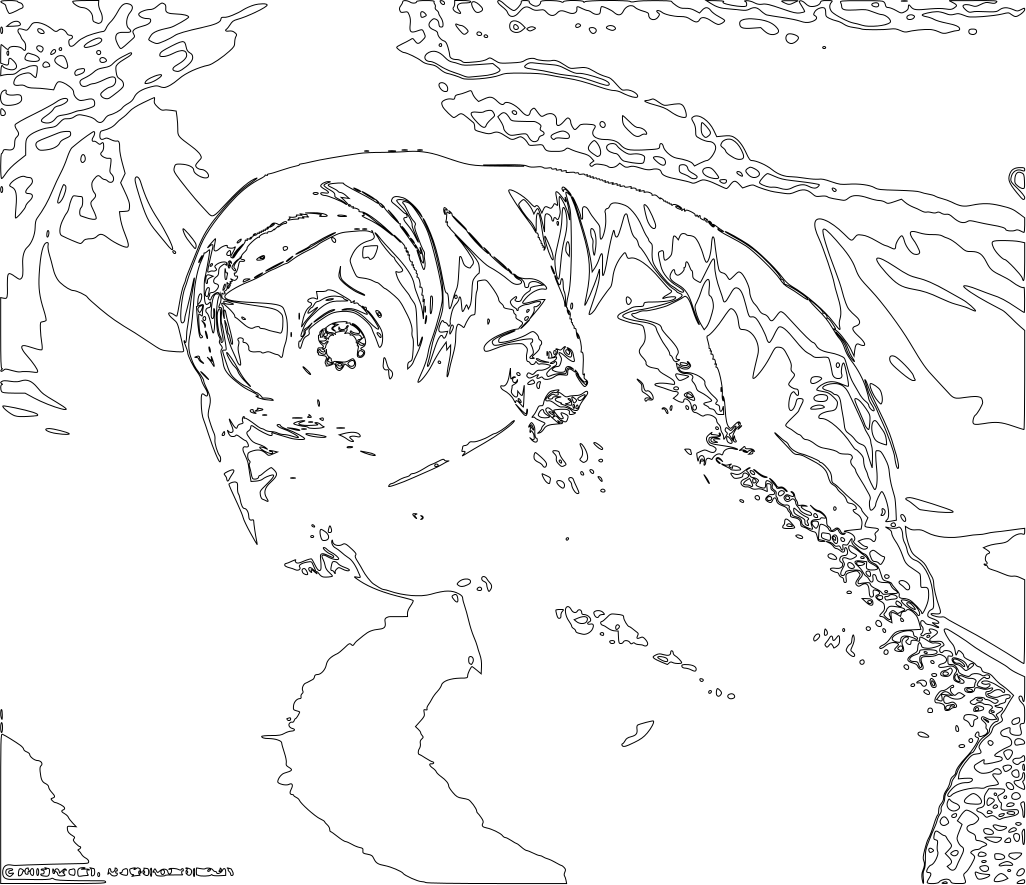 This uses the same settings as above but with initial Posterizing. 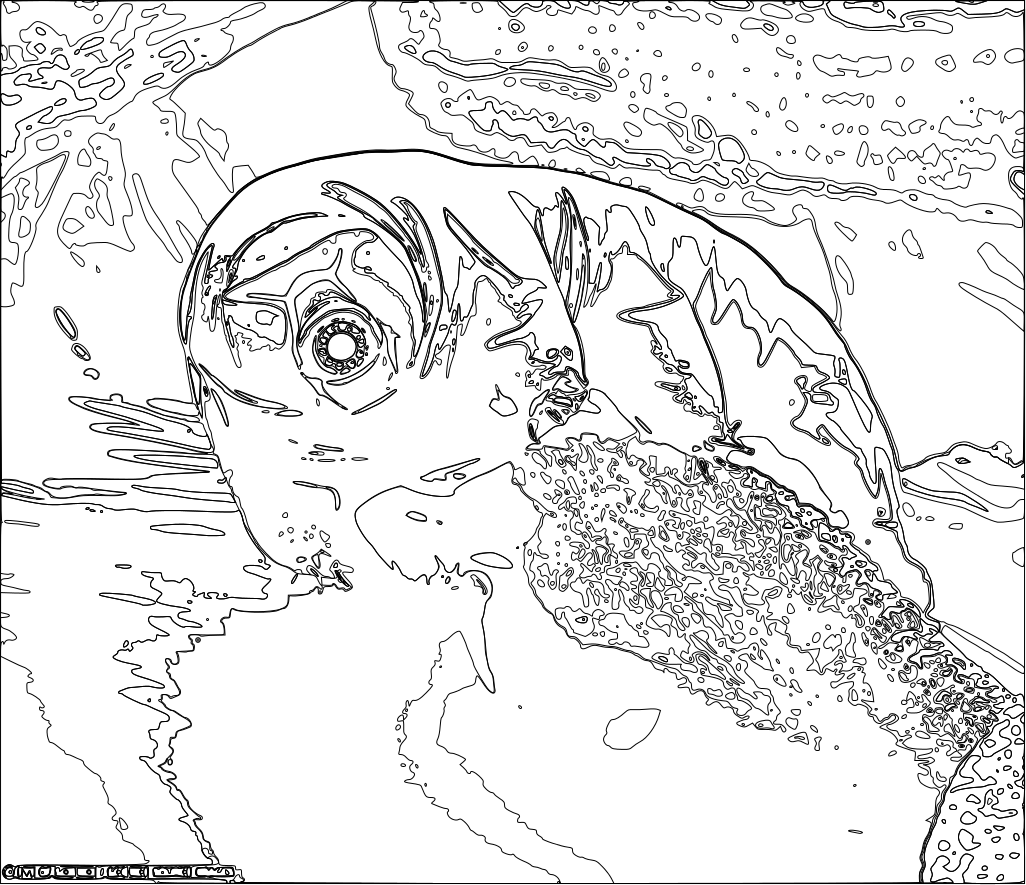 The only solution I can think of is making multiple layers and using stroke without fill on each of them. Then you can adjust it to your liking. Images below: 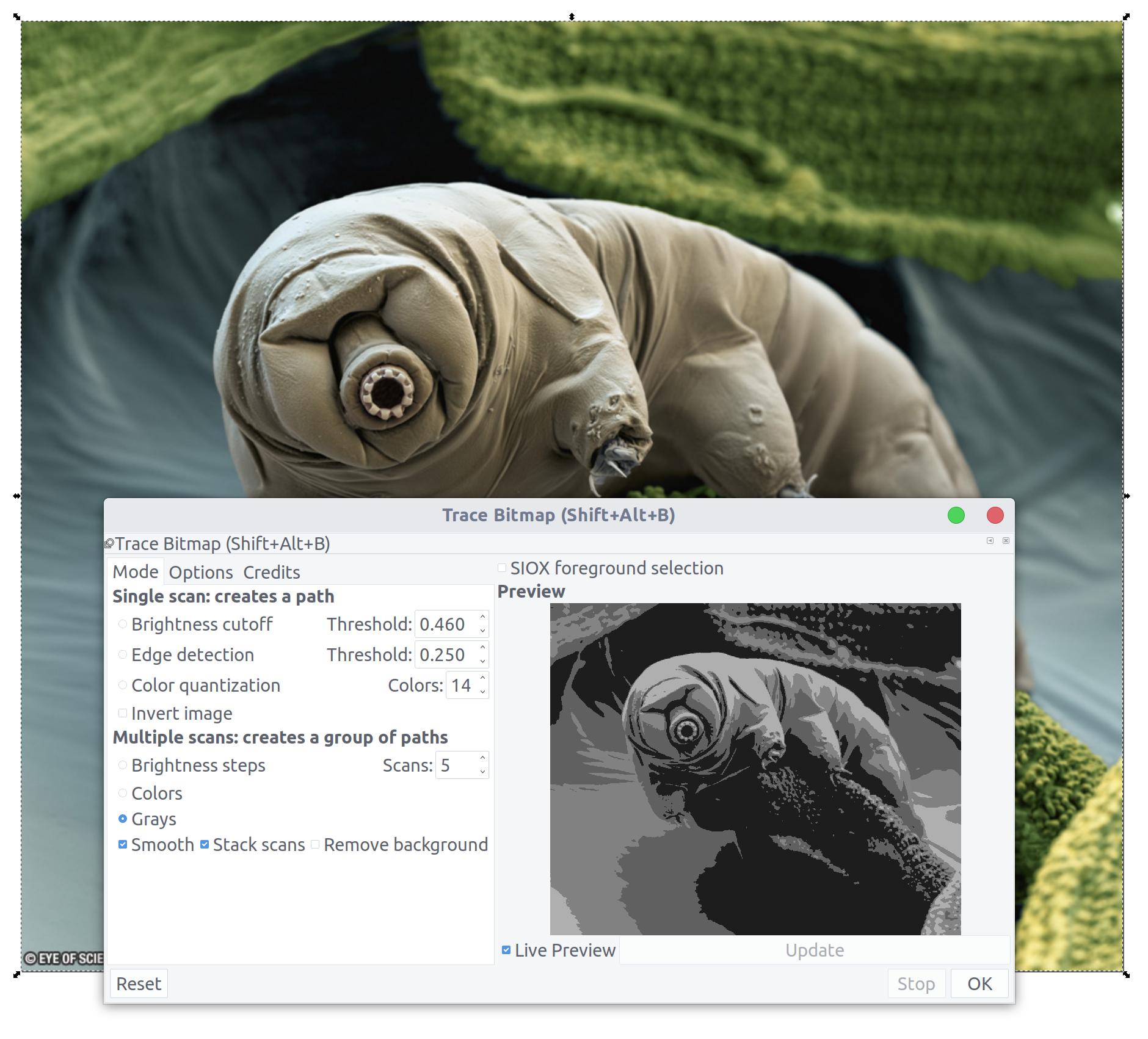 ^ The number of scans is up to you—pick the one that looks best. 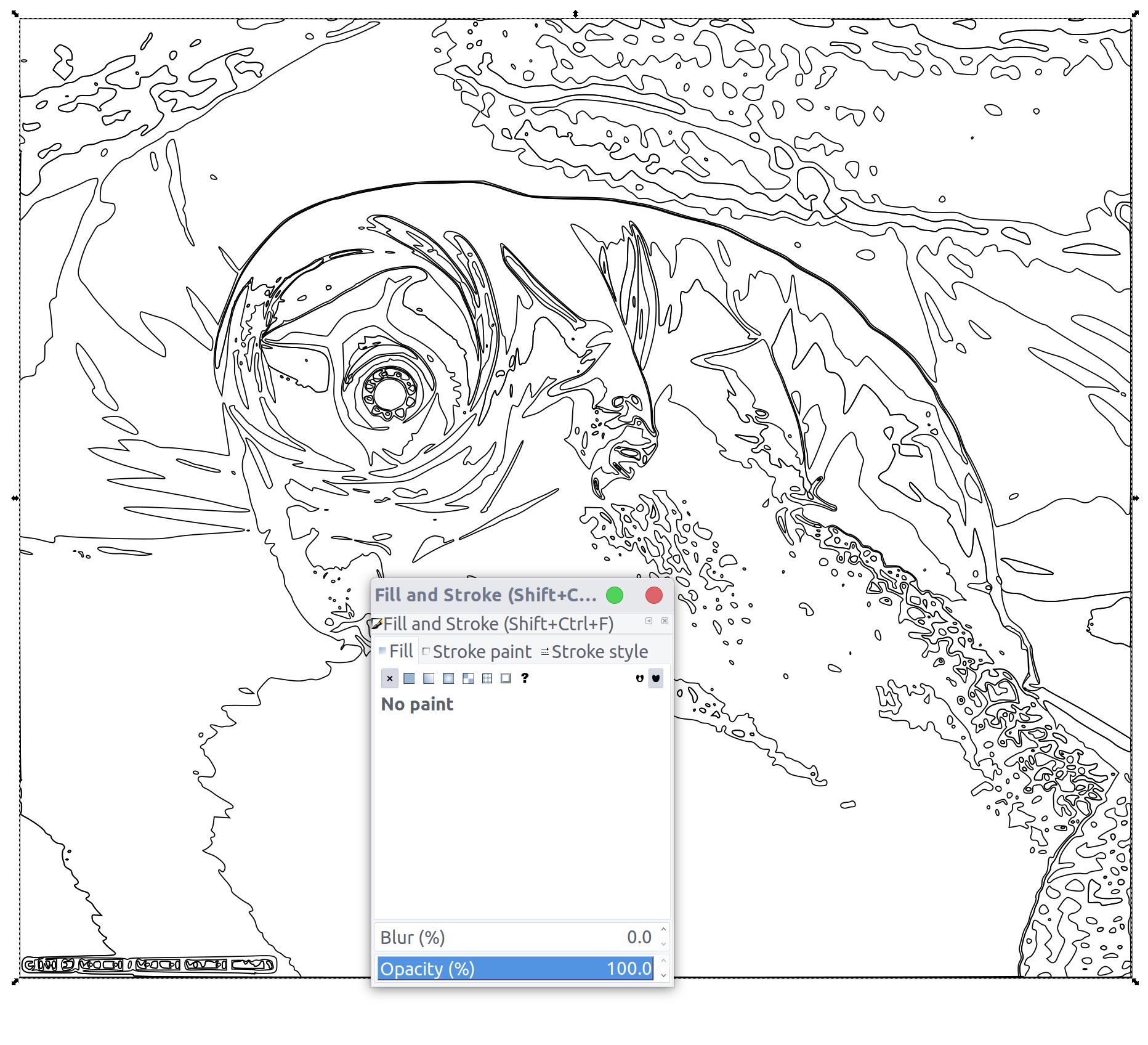 ^ Disable the fill and set the stroke to solid black. The thickness is also your choice.

I hope that helps! I reckon you're really not going to get much better unless you go and trace it yourself.

Not the answer you're looking for? Browse other questions tagged gimp inkscape filter or ask your own question.

2
How do I prepare a scanned pencil sketch for coloring in Photoshop?

3
Help/docs for using Inkscape for SVG icon font creation
21
Turn image into geometric array of colours
10
Drawing a double helix in Inkscape
0
Inkscape: How can I prevent background to shine through path?
1
How to retain only the black outlines of colored drawings, and then convert to SVG (vector file)
0
How can I use clipping masks in libre software without side effects when creating a print-ready EPS file for fabric?
0
Is there software that will turn image into a combination of squares?