I am printing stereograms (like in those Magic Eye books you've likely seen). I can generate them at DPIs ranging from 30 DPI to 300 DPI. My HP LaserJet Color M475 printer insists on printing them at 600 DPI, or worse, interpolate the raster image using ImageREt to look like 3,600 DPI. Any fiddling around of the image by the printer or any mismatch in the generated DPI and the printed DPI destroys the stereogram effect.

I installed the UPD PCL 5 and UPD PCL 6 drivers, which HP claims will allow me to choose a lower DPI, but (of course) this does not work.

Here's one generated at 75 DPI (you may need to open the image in its own window to see the stereographic effect). You'll note that printing this with a printer set for 600 DPI destroys the effect). 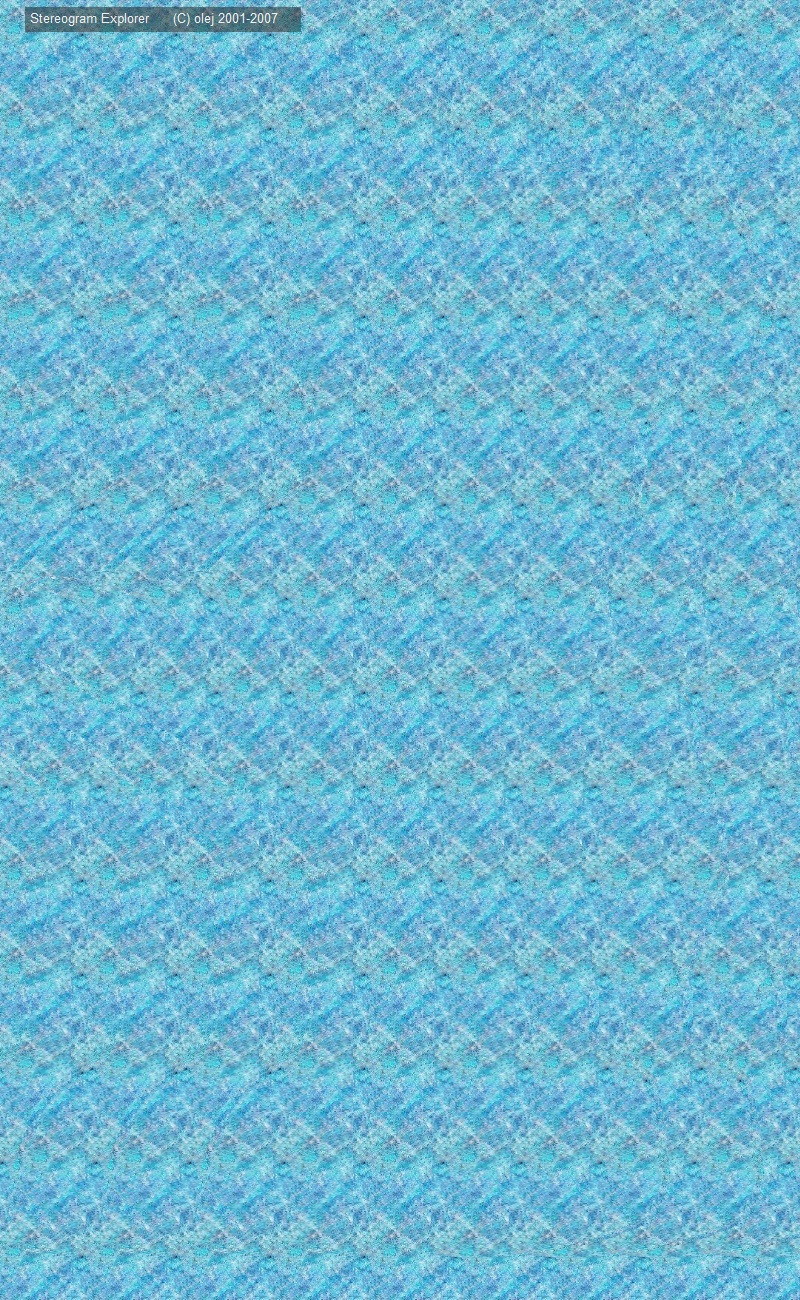 It's based on this rendering: 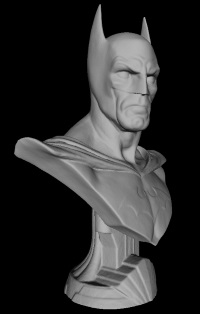 Rafael didn't answer my question (how to change resolution on HP LaserJet Color M475 printer), but he did solve my problem (see accepted answer below). The pattern I was using to generate the sterograms contained a lot of detail. Any tweaking by the printer in an attempt to enhance the image (e.g. HP's ImageREt technology) interfered with an observer's ability to see the 3D image. Rafael's 2nd suggestion was to use a pattern that (and I'm paraphrasing a bit here) "contained more discrete elements, while at the same resolution as the problematic pattern." When I did this, the 3D image is readily apparent in the printed form, even with HP's ImageREt technology fiddling with the bits.

Here it is again, with the new pattern: 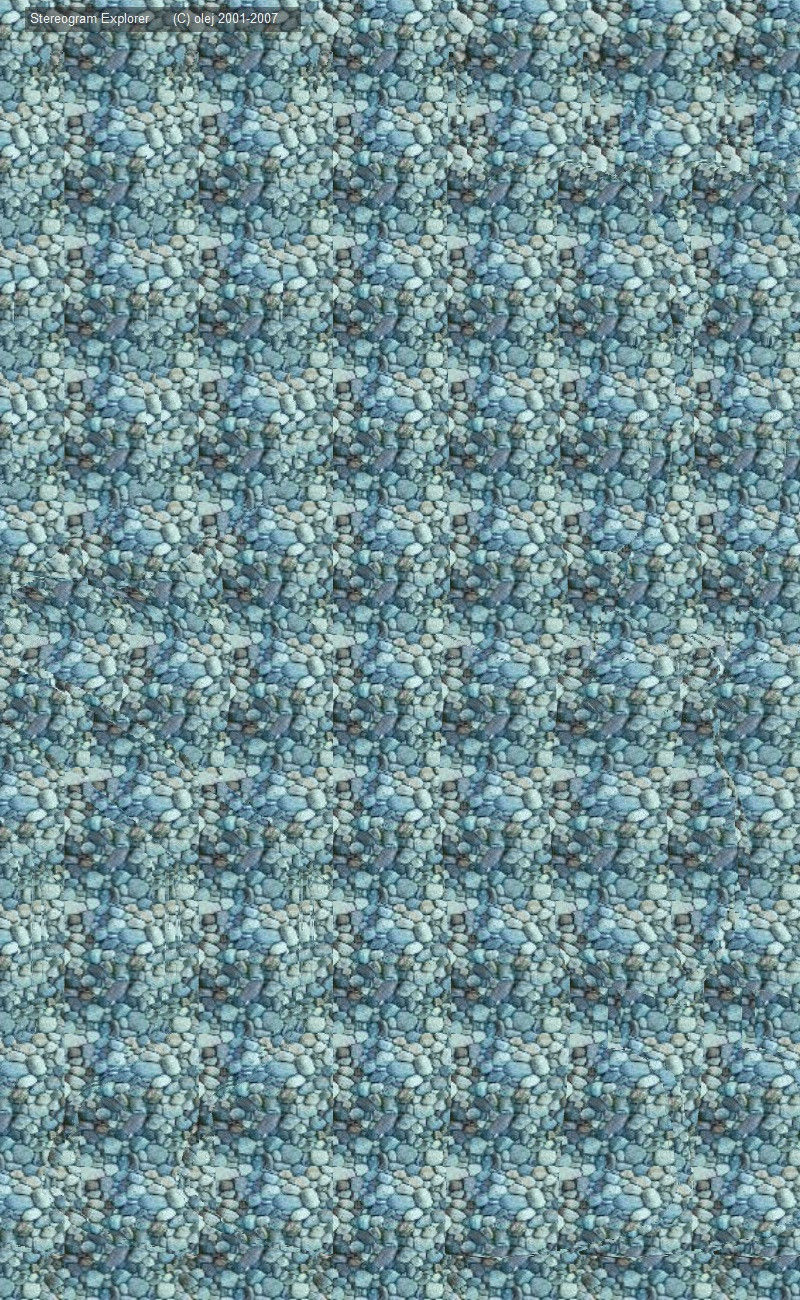 You are really confusing units.

1) You are NOT generating images at 75 dpi. You are generating them at 75 ppi. That is a diferent unit.

2) If you lower the resolution on your printer you only make things worse. 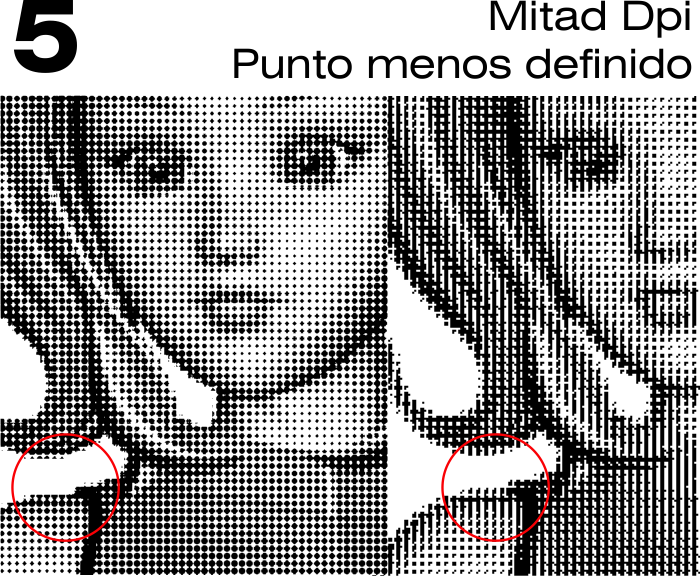 If you lower the resolution you will only have clumsy big dots, not making enough shades of color to resolve detail.

I would try theese things.

A) Let the printer print at the highest resolution possible on the best paper possible. In this case you need a coated paper. If your software has some "Photographic" use them.

B) Make the pattern bigger. If you have small details on the pattern this can not be reproduced very well on the print. You need distinct textures so your eye match each eye. Your pattern is very flat. Try to make that pattern at lower resolution. Not the print or the file.

C) I know that printer is a nice one, but It is not photographic. Try some samples on a Ink jet based printer on photographic paper.

Not the answer you're looking for? Browse other questions tagged print-design resolution dpi or ask your own question.

3
Creating large-scale high-resolution documents in Photoshop
2
What ppi do I need to save a photoshop image for a printer asking for a 300dpi jpeg?
1
Adobe photoshop: Low DPI in color images but good in black and white
3
Fine Art Printing: Inkjet Printing vs Screen Printing
8
Does printing an image at a high PPI consume more ink?
0
To make small size images for digital works, do I change resolution, pixels dimension or document size?
2
In printing from digital images, how is PPI converted to DPI?
2
Guidelines for printing a raster image of text?
0
What are good resources for royalty-free stock images that are at least 300 DPI?