Is this aesthetic done by hand or by editing photographs? 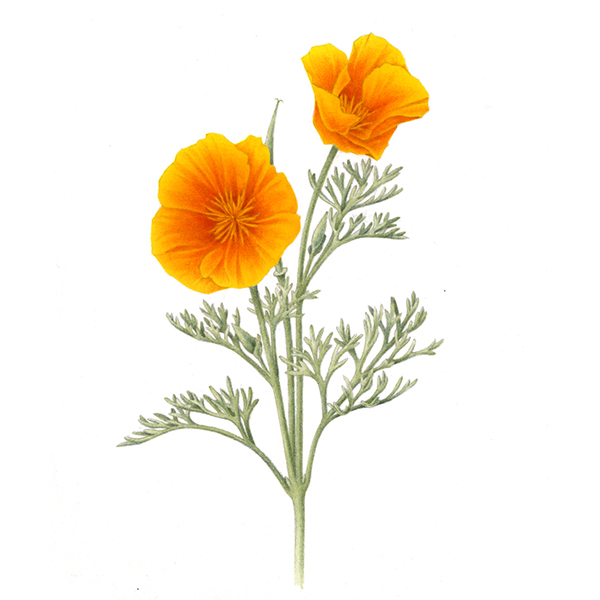 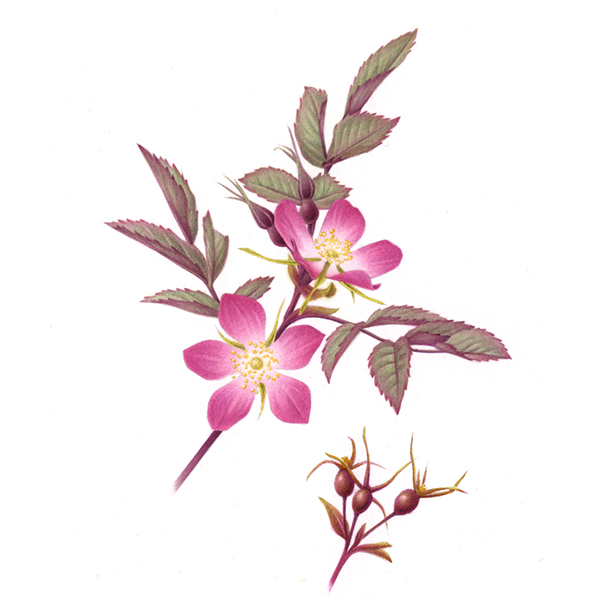 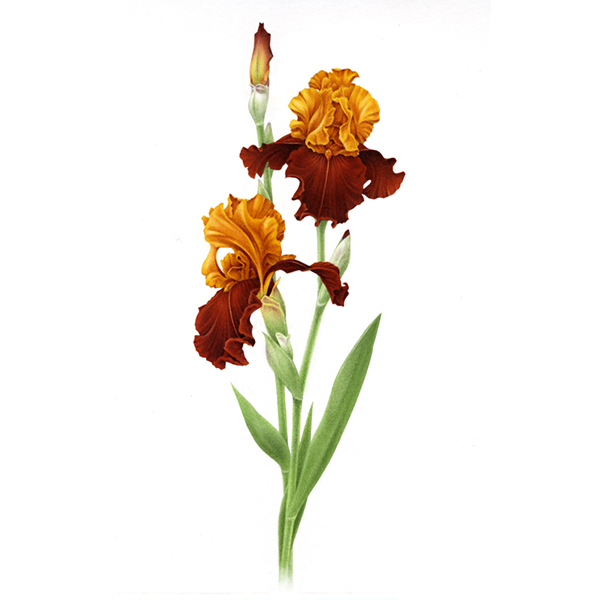 And if so, how would it be done? I'd especially love to learn how the noise/texturing is done as well!

These are definitely made by hand. These are so called "scientific illustrations" absolutely beautiful. Check your local library or internet for "botanical illustrations"

I think it's not possible to fake this with photographs and filters. Or at least not with that amount of quality.

I’m currently working on a project where we are manipulating photos of 400+ different flowers that were all photographed against white or neutral grey. I can tell you that the sample images you uploaded are more than likely done by hand.

There are small structural details (as well as shading) for these flowers that would be present in your sample images if they were photos that were manipulated in Photoshop or a similar photo to art apps. There are also perspective elements that would be different in each of the images if they had been purely photos transformed into sketch style.

Adding a noise textures to an image like this is relatively easy (even if it wasn’t in the original drawings).

Make a duplicate layer of the image, and apply a dot patter mask to the upper layer to let only small dots of the original image show through. Then change the Blend Mode to Overlay, Screen, or whatever you like, and change the Layer Opacity to say 30% to 40%.

Alternatively you could apply the Pixelate -> Pointillize... filter (keeping your size small) to the second copy of the image, and again change the Blend Mode of the layer to Overlay, and the Layer Opacity to about 30% to 40%.

Below is a simple example photo (click on it to see a larger version) I’m working with. I’ve applied a very basic sketch/oil painting style with a grain like effect added that’s similar to your examples. 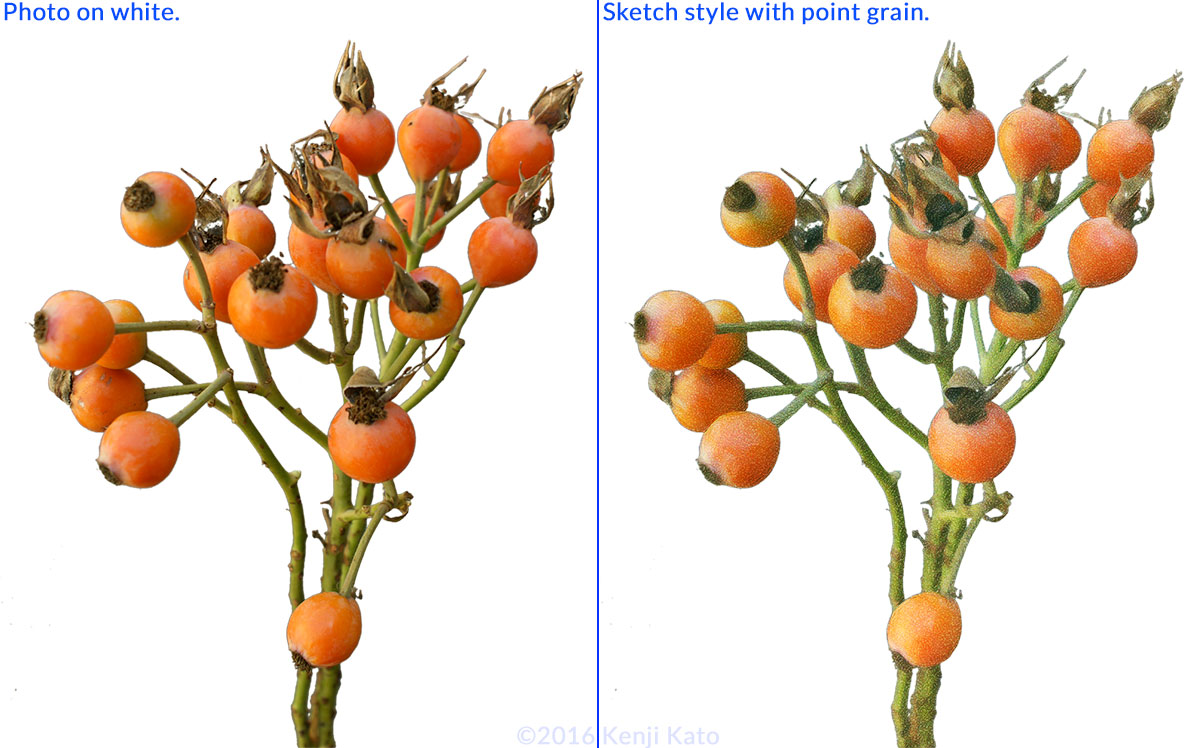 I would like to chip in with some relevant facts.. These are hand made scientific illustrations, and gorgeous at that.

It is important to understand that scientific illustration is a highly specialised field in its own right, and photographs can in fact not replace them. This might seem counterintuitive, but I will try to explain.

Scientific illustrations are about illustrating something from nature, not only about a photographic representation. Photographs will have shadows, blurry or invisible bits (for example hidden by shadow/leaves), parts might have variations "hidden" in photographs; a single item might have damage or variation that is not relevant. The hidden bits in a photograph might mean that the item must be displayed "unnaturally"; and hence will lose some of its "scientificness".

The people who do them need extensive knowledge of the subjects: the whole point is to catch those things unique to that particular species, and what makes it different from its subspecies or another similar species. This requires knowledge of botany and zoology.

Photographs will – at best – only show you what is there in that exact item. A good illustrator uses several samples to create one image and spends a good deal of time looking at the plant, its anatomy, colouring etc. And the plant can be studied in lots of different lights.

Illustrators do rarely paint from photographs for these reasons. Touching a stem might reveal tiny bumps, hairs etc. and informs the illustration. Looking at it in different lights reveal transparencies, density etc.

Scientific illustration is about being scientific. There are no shortcuts, no skipping bits (I have tried it myself, it is really hard!).

Finally, one of the groundbreaking illustrators was Maria Sibylla Merian (1647 – 1717). What she did that was new, was to incorporate in the same image, the different states of the subject over time. For example, below, you see So this is one of the massive advantages of illustration. You can go into nature and identify a host of things from this single image. _At different time of the year. A field guide with photographs would easily need six-seven photos.

I know of people in earth/life sciences that spend hours sketching their finds, be they bones, fossils etc. These people are not illustrators, their sketches not meant to be "public", but the way you need to look deeply to be able to sketch also – they say – give them valuable information they would not get from photographs. It fosters and intimate relationship with the artefact/item.

I hope I have instilled a new respect and awe about those extraordinarily talented botanical illustrators out there and I urge you to explore Guild of Natural Science Illustrators!

I cannot tell you whether these are painted or photographed. But it is possible to photograph flowers with this aesthetic, clean white background. It is a matter of shedding more light on the background to blow it out while keeping good exposure on the flowers.

The easiest, perhaps the best way to do this is to use a light box as the background where the light can be adjusted independently. It is important to avoid flare around the edges but that can be done with careful adjustment of exposure. The background exposure need not be blinding, just a tad more than necessary.

Alternatively, you can try extracting the flowers from a different color solid background but it will probably be more tedious work.

Although the main point of the question was whether these were done by hand or are they edited photographs, I am adding this section since one visitor admonished me for not addressing it.

Adding noise or appearance of grain to a photograph is a matter of using a filter. There is a Photoshop filter called "Noise" and its results can be previewed while applying the filter. A couple of points to remember:

In the past, these kind of illustrations were indeed done by hand but I don't agree they are anymore or all the time. The fact we can't tell is probably a clue that skilled digital artists can reproduce any style or effect they want.

Even if something looks vintage, it doesn't mean it truly is!

Digitally doesn't only mean changing a photography to add grain or a filter to it; it can be done from scratch as well. Adding grain or textures to a picture is the basic way to do. Even by using this technique, someone who knows how to paint "digitally" can make a picture look like the ones you posted.

As any other artist, digital artists will use many pictures and use the best angles and parts from each of them to render the subject in the best way possible.

If you want to learn how to master texturing, you might want to look at 3D artists who specialize in texturing. It's a lot of fun to learn this, especially with software like Photoshop that contain all the tools you could ever dream of as an artist and it offers a great flexibility as well!

You can always start by using photos and adding your own texture to them, as if you were painting or by trying to reproduce the effects you like. And as you'll get skilled and learn how to use your software, you will be able to draw what you want the same way artists do on canvas. You can always mix the by-hand and digital together too. Don't limit yourself to using filters, you'll get better results with the brush tools!

Not the answer you're looking for? Browse other questions tagged adobe-photoshop illustration or ask your own question.

4
Any tips for emulating printed / stamped ink textures?
1
What kind of filter / treatment /lighting / style is done on this photo?
0
How was the effect of this Gotham ad achieved?
0
How do I do coloring like in this image?
2
How was this sea effect done? Photoshop?
5
Photoshop: how to recreate this uneven noise effect?
1
How is this type of grain/noise effect made?
1
How to reproduce this fold effect in Illustrator?