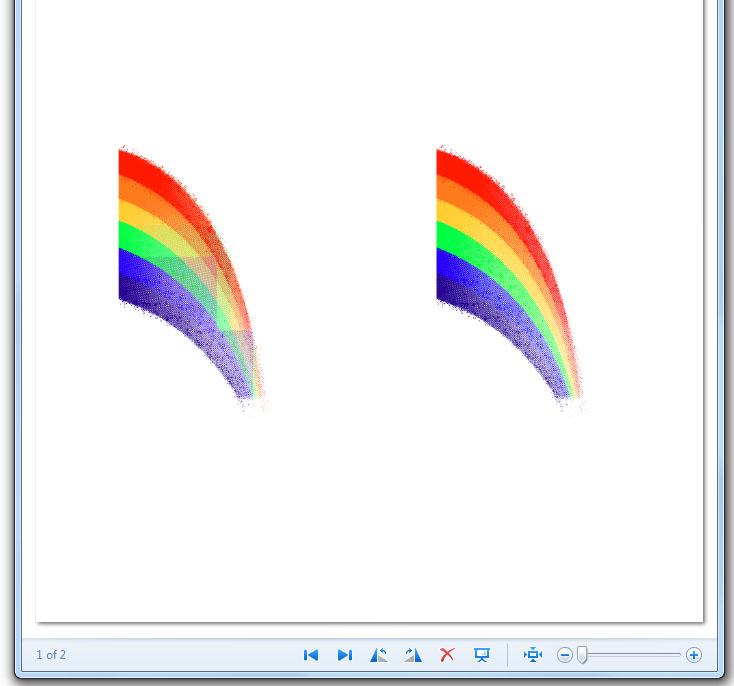 The image on the left has a transparent background, while the image on the right is on top of a small white square. Other than that they are identical. Here's what it looks like when opened in photoshop: 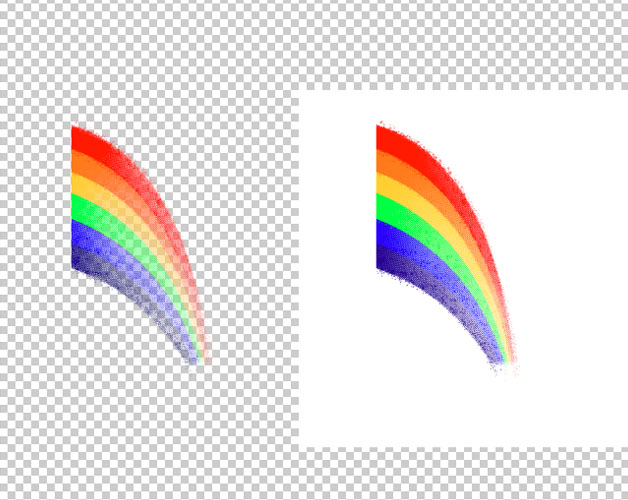 I believe these are some strange artifact caused by the viewing program (e.g., Windows Photo Gallery) and not an integral part of the image, since if you zoom in they "disappear." 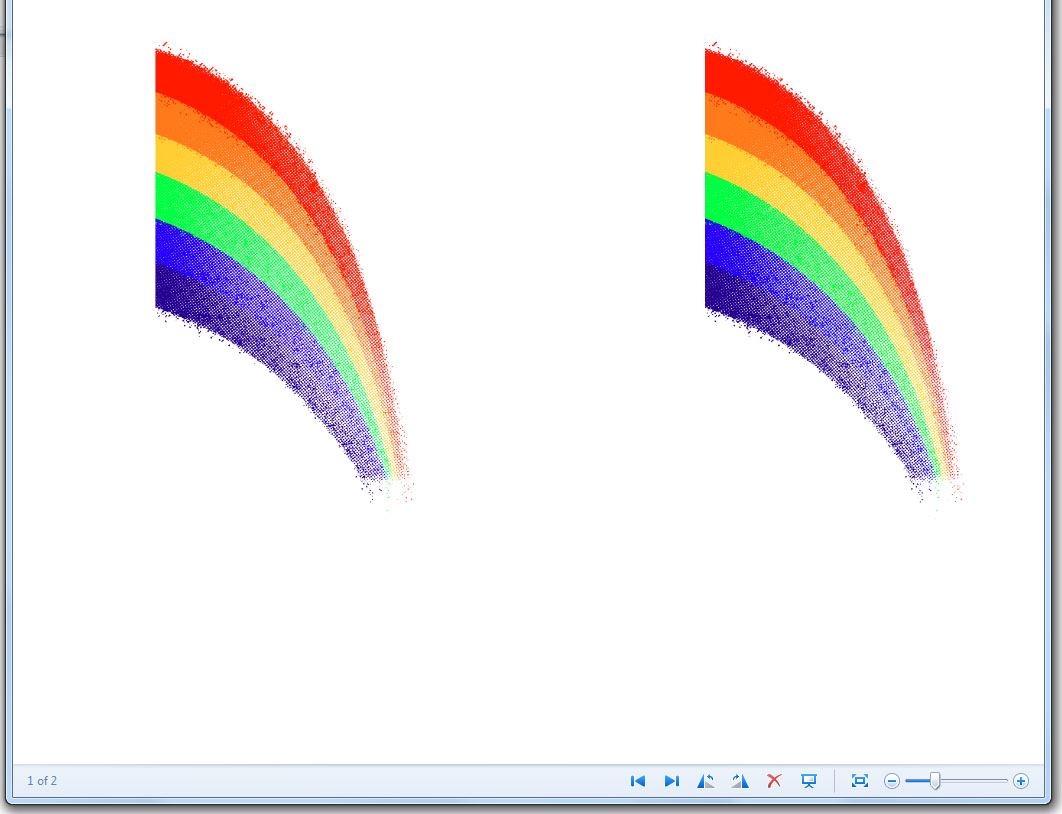 I believe this is an issue only with fairly large images (in this case, 13x16" at 300 dpi with halftones at 55 LPI). My main problem with this is that if I upload the images to a site (dA, RB, S6, etc.), the weird squares appear there as well. I have tried reducing the halftones to as low as 30 LPI, but to no avail. Does anyone know what might be causing this issue and how remedy it?

This looks like an artifact just like moiré when you render stuff with these halftone pattern in a size different from its 100% state. any down or up scaling may trigger this artifact.

The solution would be force the image to keep one absolute size, not alowing it to resize whatsoever.

Another solution would be resampling it with something like bilinear filter to artifically keep its appearance. Or resample it with some filtered reduction so it won't produce artifacts.

Not the answer you're looking for? Browse other questions tagged adobe-photoshop transparency png halftone visual-artifacts or ask your own question.

1
Transparency in swf file created using png image
4
Why does resizing PNG with alpha transparency make edges gray?
1
Place several images with transparency (png) next to each other in Photoshop
0
Gimp exports blank png image!
6
Why do some, but not all, PNG files (with transparency) in InDesign documents have black borders?
7
Why does a PNG I downloaded not display transparency in photoshop?
1
How to fix PNG transparency artefacts?
0
Illustrator exporting strange artifacts with Visio objects
0
Exporting Image to PNG causes it to be semi-transparent
0
Strange bug with PNG layers