Can I warp and keep lines smooth?

I have applied a warp to an image I am making and it has made the lines look very jagged. 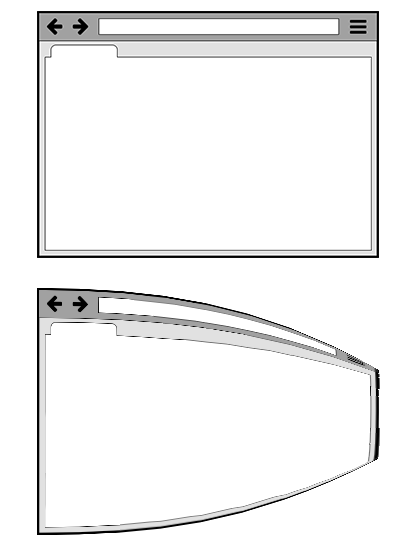 Is there any trick I can do to make these lines look smooth?

I believe the best way to do this is in Illustrator rather than Photoshop. Photoshop is a pixel-based application, which means that each edge of each shape has to be made of pixels, which can look jagged when moved around, as you experienced. Taking the same image and working with it in Illustrator. However, the next problem that you'll run into is that the image you are using is a pixel-image, not a vector. Illustrator solves this by letting you live trace the image, and then expand the appearance to be able to warp the image. But it is going to take some finagling on your part to get it to work. Good luck!

Not the answer you're looking for? Browse other questions tagged adobe-photoshop transform or ask your own question.

3
How can I easily produce “Balsamiq style” wireframe mockups in Photoshop?
0
How to warp in Photoshop using anchor handle as is done with paths
8
How to smooth out lines of rotated smart object in photoshop?
1
Why are the edges on these images so different?
0
Warp raster using an arbitrary polygon
0
How can I make these luminous realistic lines?
1
Refine simple image edge quickly
0
Resize diagonal lines