Can shapes be made to continue across grid planes in Illustrator's perspective tool?

I made a logo sketch that I decided to make inside the Illustrator perspective tool. This logo has shapes that wrap around a 3d rectangular shape. I looked around on the web and found some information and tutorials on revolving shapes and mapping symbols to them but nothing covering what am trying to accomplish.

Below: Is there a way to make the red rectangle continue from the edge of the right grid plane onto the left blue grid plane instead of matching two shapes together like the two green rectangles.

In this example everything is square or rectangular but with the introduction of a curved shape matching the perspective pretty hard. If there is a solution could you also apply it to curved shapes in the same fashion? 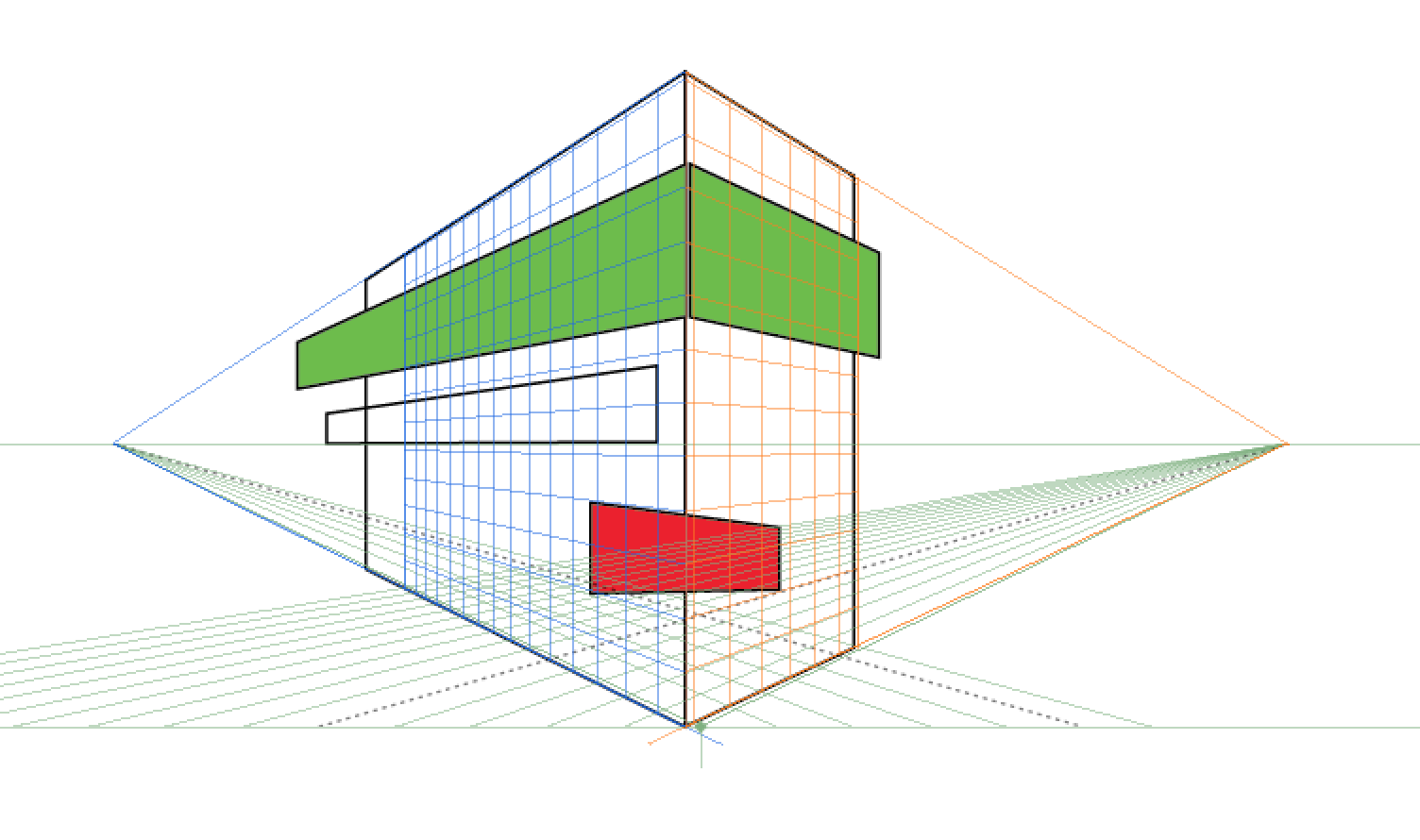 As far as I'm aware an object can only be associated with one plane. A workaround is to split the object in to two halves and attach each to the correct plane. 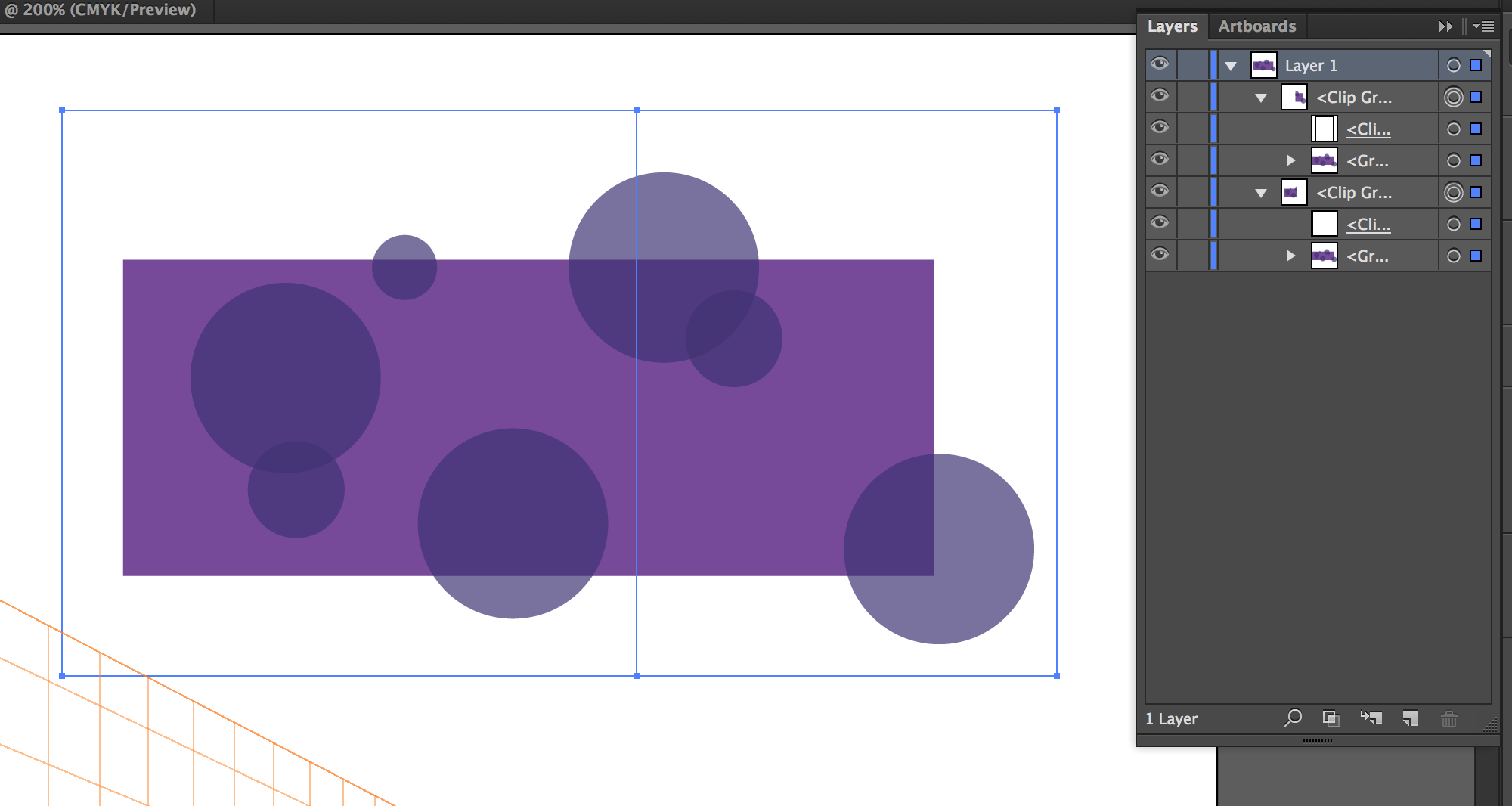 Use the Perspective Selection Tool (SHIFT + V) To attach the object to the correct plane and place it where you want.

Make the opposite plane active using the active plane widget, then repeat the process of attaching and placing on the perspective grid for the other half of the object. 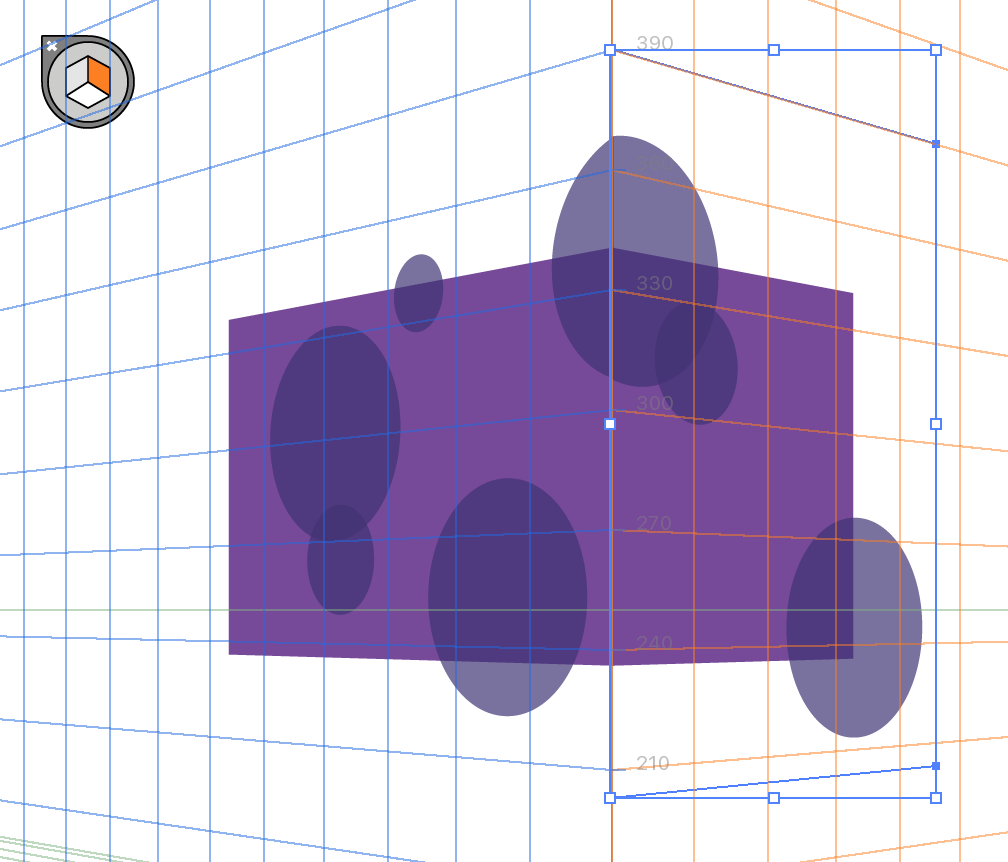 You can move the objects vertically along the perspective grid as you need with no problem. 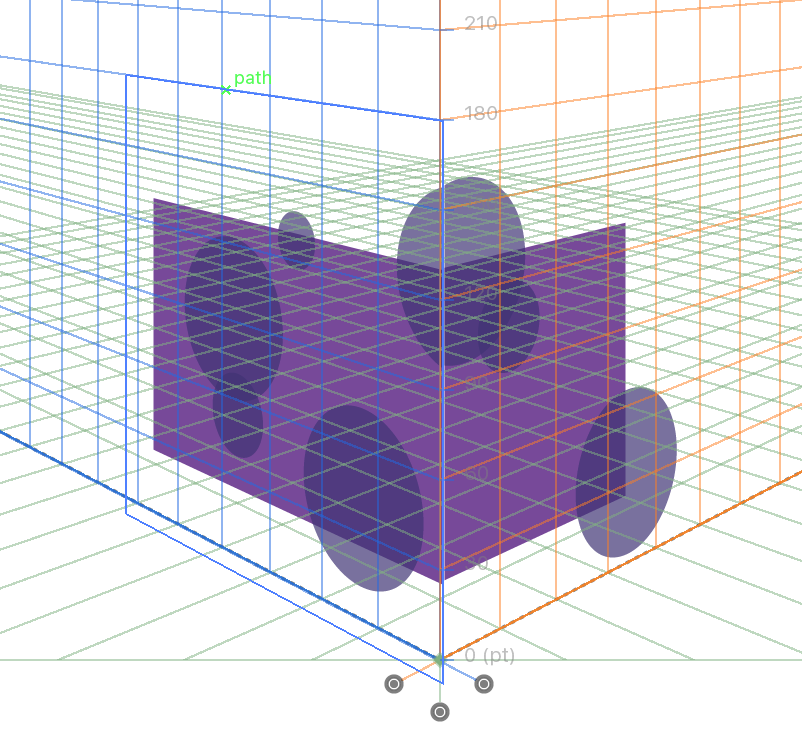 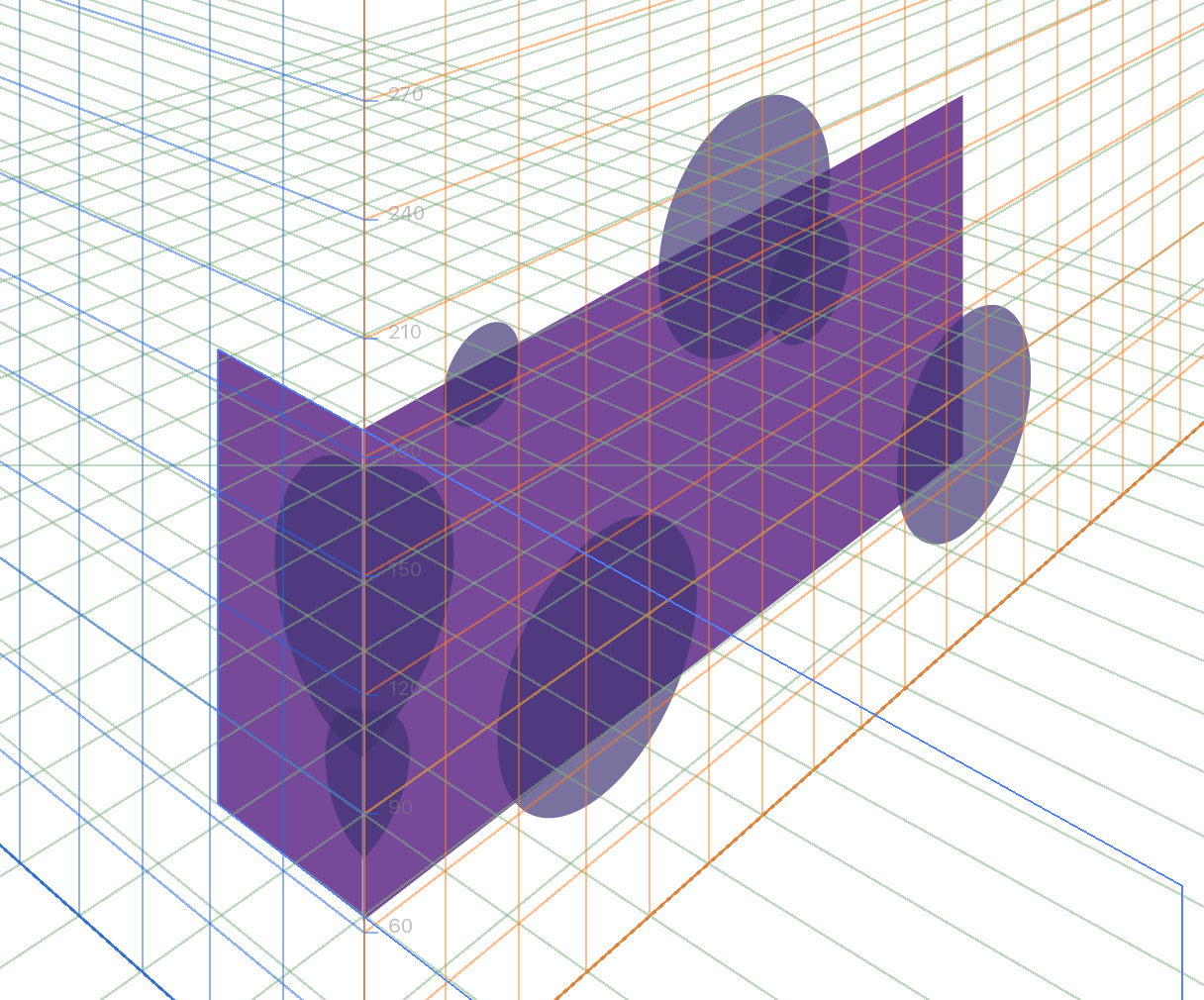 1
Is it possible to add perspective effects to type objects in Illustrator CC?