How to work with subheads and baseline grid in InDesign?

I'm trying to figure out how to deal with subheads and baseline grid in InDesign. I want them to have different space before and space after values. But I also want my body text to have consistent baseline grid. It's pretty easy when you have only one subhead per page, but what to do if I have multi-level subheads?

I prepared something that pictures my problem. 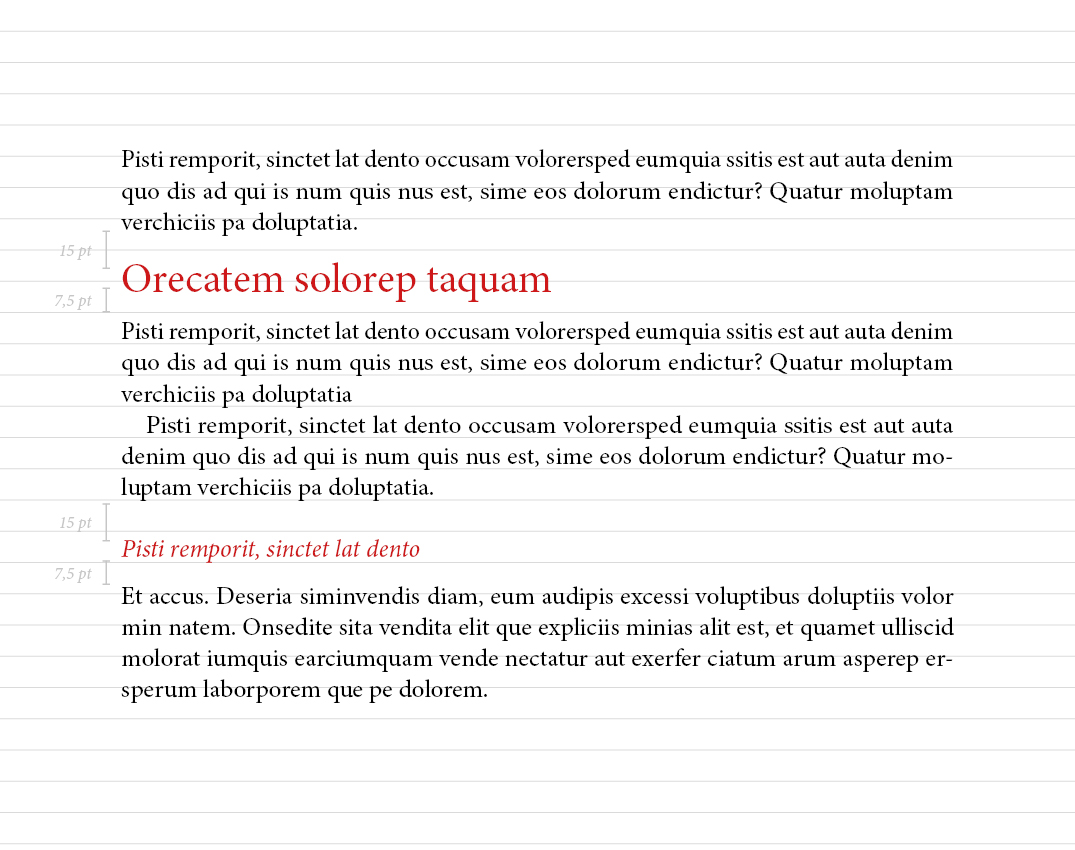 And this is the second example. Body text sticks to the baseline grid, but this causes that the space before and space after values are not true (they're in fact equal because the text jumps to the next baseline. 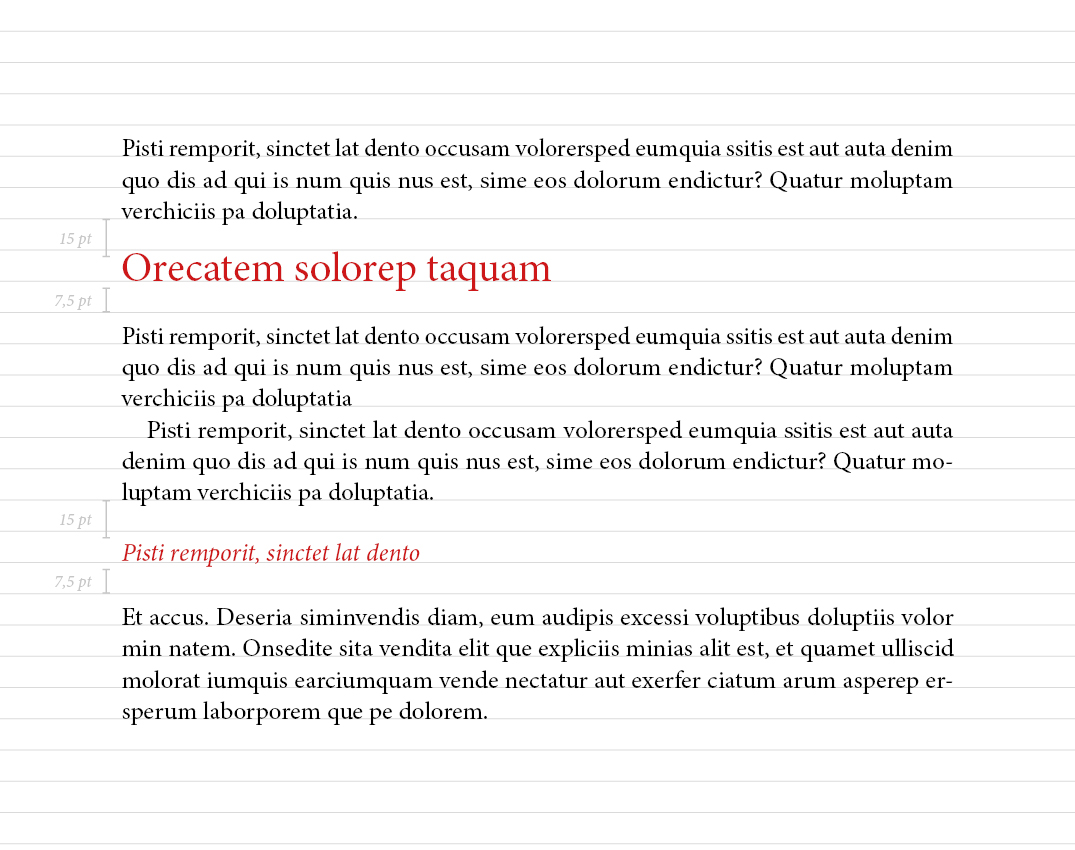 Do you have any solution for this problem? Preferably one that doesn't require turning off the baseline grid for the body text? The only thing I came up with is to create margins that can be divided by baseline grid value (in this case: 15 pt). Then I could make the upper margin (space before) lets say 20 pt and the lower margin 10 pt. But sometimes it's too much, so I'm looking for a method that would give me more control over the whitespace.

I think your last option is to work with baseline shift for subheads while keeping on the baseline grid. See image below. The subhead has baseline grid option ON, yet its above the line by 3pt 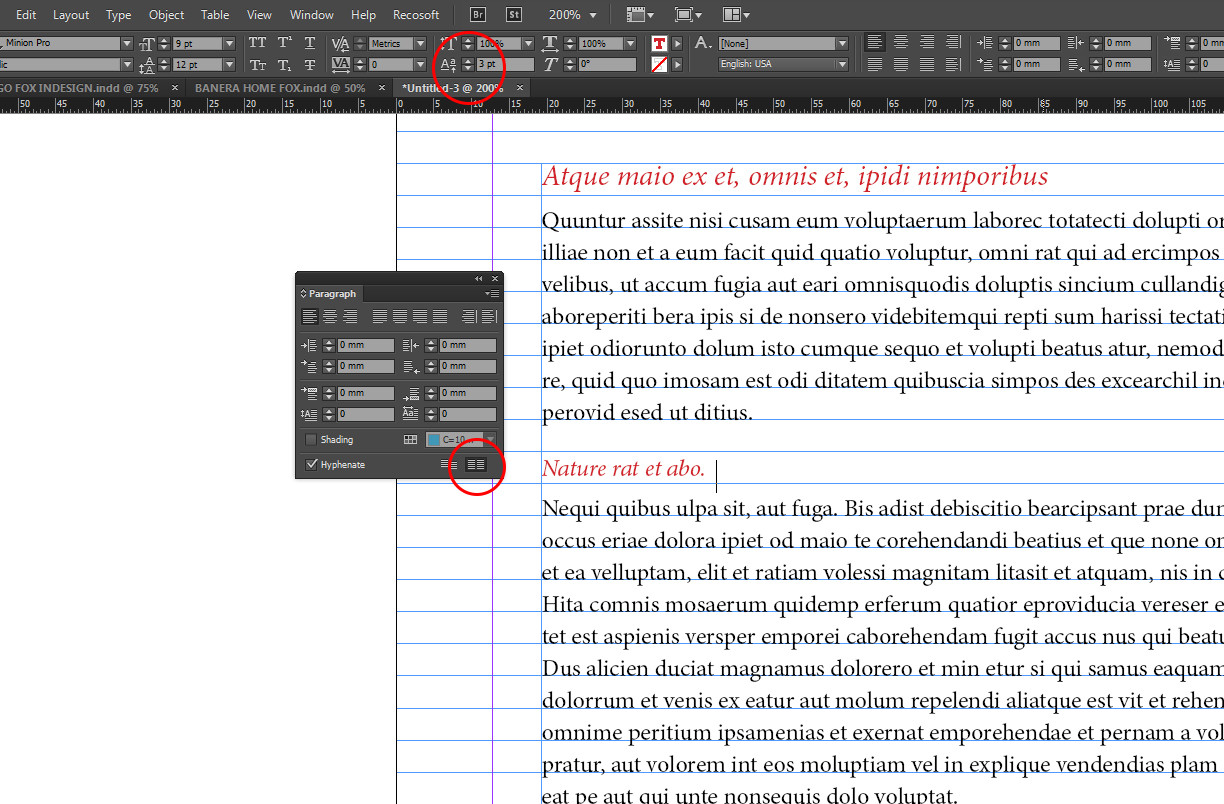 You can set up baseline grid 1/2 of the leading for greater flexibility.

Not the answer you're looking for? Browse other questions tagged adobe-indesign grids or ask your own question.