In the image below, I have two texts. Both are point text as opposed to area text. The top text has a horizontal line nearly at the bottom. I think it's called leading in font theroy but I am not sure. The bottom text has been converted to outlines and thus the leading is not there.

How do I get the same effect of removing the leading line without changing it to outline because once it's outlined, I think it can not be edited any more. Not atleast the way the text above, the one which has not been convereted to outlines, can be done.

Is there anyway to do that? The reason I am asking is because once outlined, the bounding box size changes exactly to the containing elements and its easier to align it relative to other object (using the "align to key object" in the tranform panel). While in the case of non-outlined text, the aligning is not pixel perfect as it takes the leading space into account. Also as can been seen in the top text, there is some space between the bottom line and the characters "g" and "y". 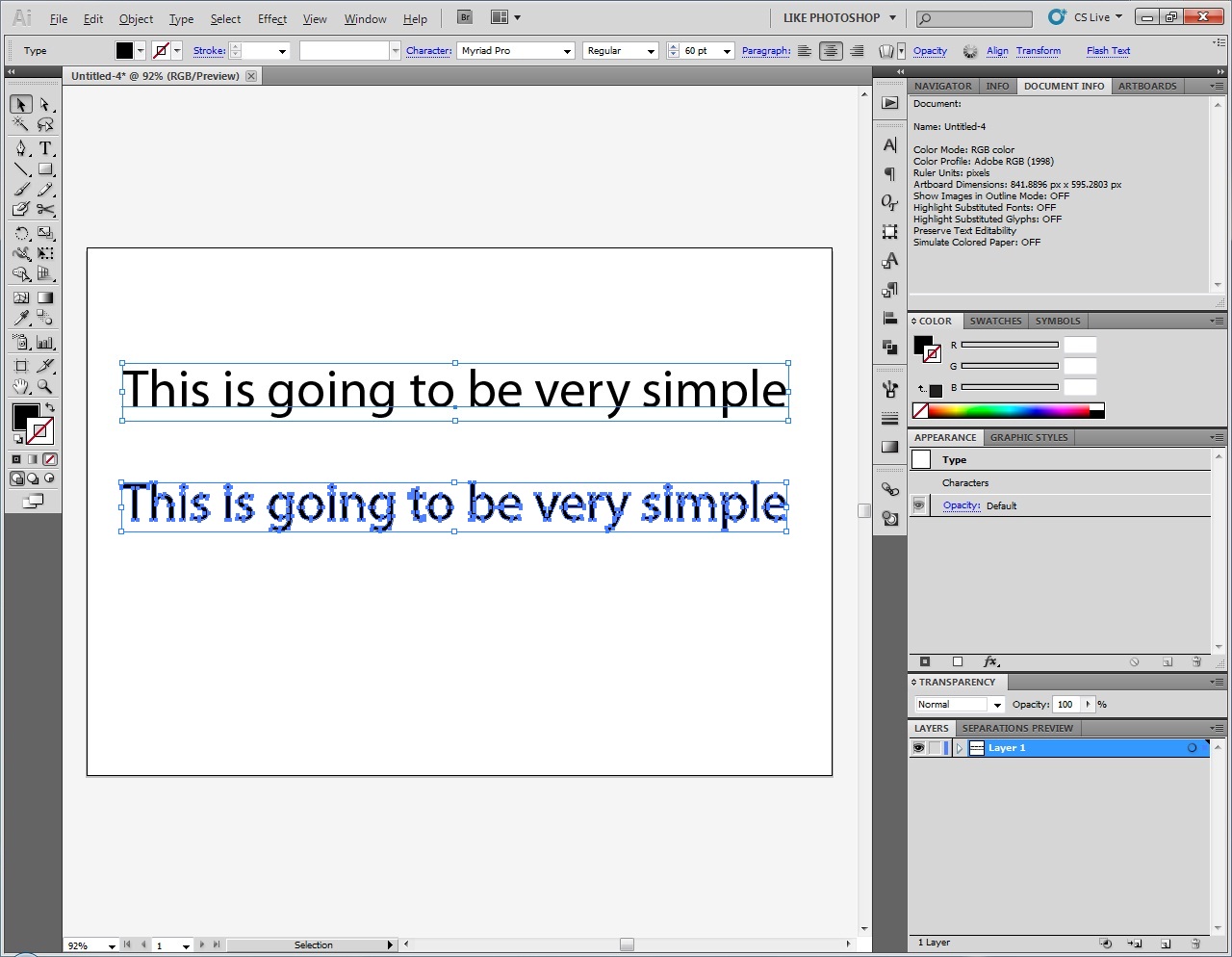 Tick the option in the general preferences to "Use Preview Bounds" then you can apply a Pathfinder effect to the text.

Simply select the text and choose Effect > Pathfinder > Add (or merge, intersect, or minus front -- several of them will work)

Preview bounds display may cause some issues while editing other objects at times. Measurements will use the preview of the objects rather than the actual paths of the objects when that option is ticked.

The extra point or two is built into the font by the designer and it there to prevent descenders and ascender from colliding when stacked even when set solid.

Not the answer you're looking for? Browse other questions tagged adobe-illustrator text or ask your own question.

1
Text Alignment Issues When Opening Adobe Illustrator CS5 File in CorelDRAW X6
1
How to align a single letter within a text object to the edge of the bounding box in Adobe Illustrator?
1
How do you change the color of the line that Text is drawn on?
5
Can I increase the thickness of an outlined path in Illustrator?
0
Align text in center of circle vertically without creating outlines?
2
Mysterious line breaks in InDesign
3
How to align text box on Figma?
1
Adobe Illustrator Fit Type Bounding Box by Excluding Side Bearing
0
How to fit frame to content for text boxes in Photoshop similar to InDesign?