Should spacing between containers be consistent?

First an admission: I'm not a graphic designer. So I'm posting this question here.

Which one of the two containers (First Layout or Second Layout) looks better presentation wise? And may I ask for an explanation why? How can it be improved? 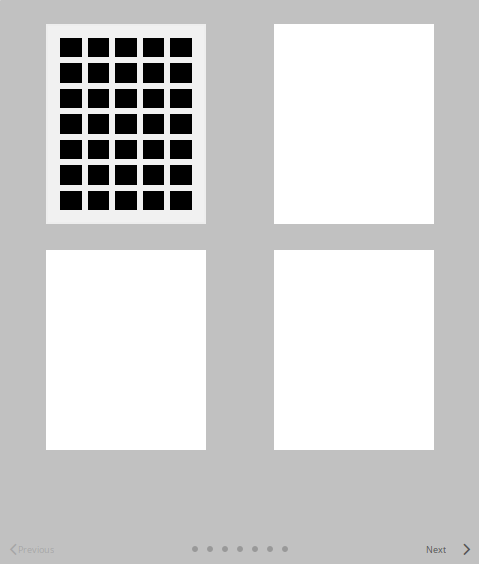 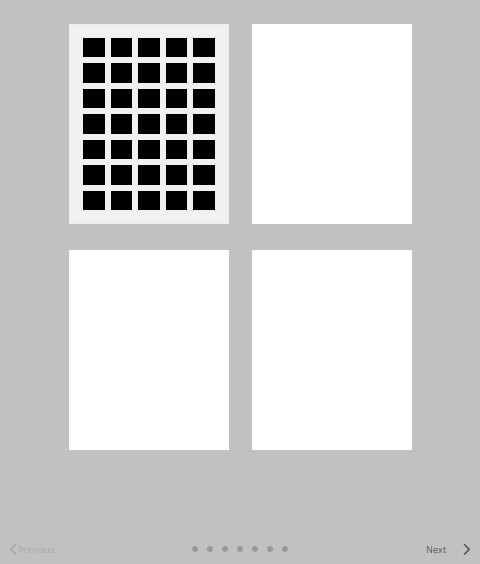 If there is no distinction between the content of the left and right columns, in other words if they are all similar or completely unsimilar where two groups are not made out, then the second layout with equal gutter (spacing) size vertically and horizontally is better.

This is because space is used to help relate or disassociate things. If consistent space is used, the items are associated. If there are inconsistencies, in most cases it disassociates some from others.

In the case of your example, more vertical gutter makes it seem like there are two groups - those in the left and those in the right. Since this is not your intention, you should avoid this layout.

One other note is that it would likely be better to have a consistent vertical margin between the top of the section containing these tiles and the dot buttons below them. As is, it looks somewhat like there may be something missing or that there is more space than intended, but it is minor in comparison to having inconsistent gutter space among the elements themselves.

If you think there is too much empty space around the elements for some reason, you could fill it by making each tile larger or by adding some extraneous design elements which would give the page more style.

Not the answer you're looking for? Browse other questions tagged page-layout presentation-design white-space or ask your own question.

2
How to Take the Edge Off Mandatory Double-Spacing
7
Symbols “degrees” and “degrees centigrade”: proper spacing
2
Why is the spacing between titles usually set to equal length?
0
Trouble with MS Word templates and 'sections'
3
InDesign: how to adjust table spacing
0
How to present multiple social media graphics?
10
Is there a general rule regarding font spacing?
2
Line lengths on paper for a resume layout
0
Adding white space between two elements - Figma