Is kerning also applied when there is a space between characters?

The Wikipedia article stats that kerning is

the process of adjusting the spacing between characters in a proportional font, usually to achieve a visually pleasing result.

For intance when we look at the word Typography

could be used as the following example demonstrates:

I wonder now what happens when two characters are separated by a space as the next example shows:

Now, is it common to use kerning in this case too like there wouldn’t be a separator in-between the T and y?

Note: The sans-serif typeface Arial was used in the examples.

You are not seeing the same kerning as in between the "T" and "y".

Kerning is applied between characters, yes, but do not forget a space is also a character.

If you select 'metrics' in InDesign, it uses the values supplied in the font file. Therefore, the small difference you see must be taken from information in the font.

Checking arial.ttf I find lots of capitals are kerned against the space, both before (space A, space T) and after (A space, L space). Your T y and T space are listed as

As to whether this is common: for Arial, every kern pairs using space is combined with a capital character, with only a single exception:

So it seems for this font, the designers ("Robin Nicholas, Patricia Saunders 1982") deliberately chose to ever so slightly kern the most "open" capitals. Other designers will have made similar decisions for other fonts.

In most cases, kerning is the spacing between pairs of characters. It is however possible and useful to apply kerning based on a larger string of characters. This is called contextual kerning.

Contextual kerning is supported by the OpenType format but support in desktop publishing software and various text-processing engines may vary.

Regarding your specific example of T space y—I don't have Arial to check but I would think it is probably kerning between the T and space you are seeing.

I don't have any figures to back this up, but—from my experience—contextual kerning isn't something many type designers implement. After the very long and tedious process of kerning character pairs, not many designers will be too worried about contextual kerning. Especially when it may not be widely supported.

In the typeface I am designing now, for example (and I just had to check), if I set up kerning for every possible combination of characters—including punctuation and numerals and ligatures etc—I would have to kern over 45 million pairs of characters.


Edit: Everything from here on is about kerning in general, I originally misunderstood the question...

The purpose of kerning is to create equal perceived space between characters. This doesn't only apply to letters, but numbers and punctuation as well.

A period next to an n or i sits right next it. A period next a v or r sits further away. Should you kern that? I would say so.

What about an apostrophe? The apostrophe sits right next to a capital V but further away from a capital A. It's up to you wether that needs kerning. 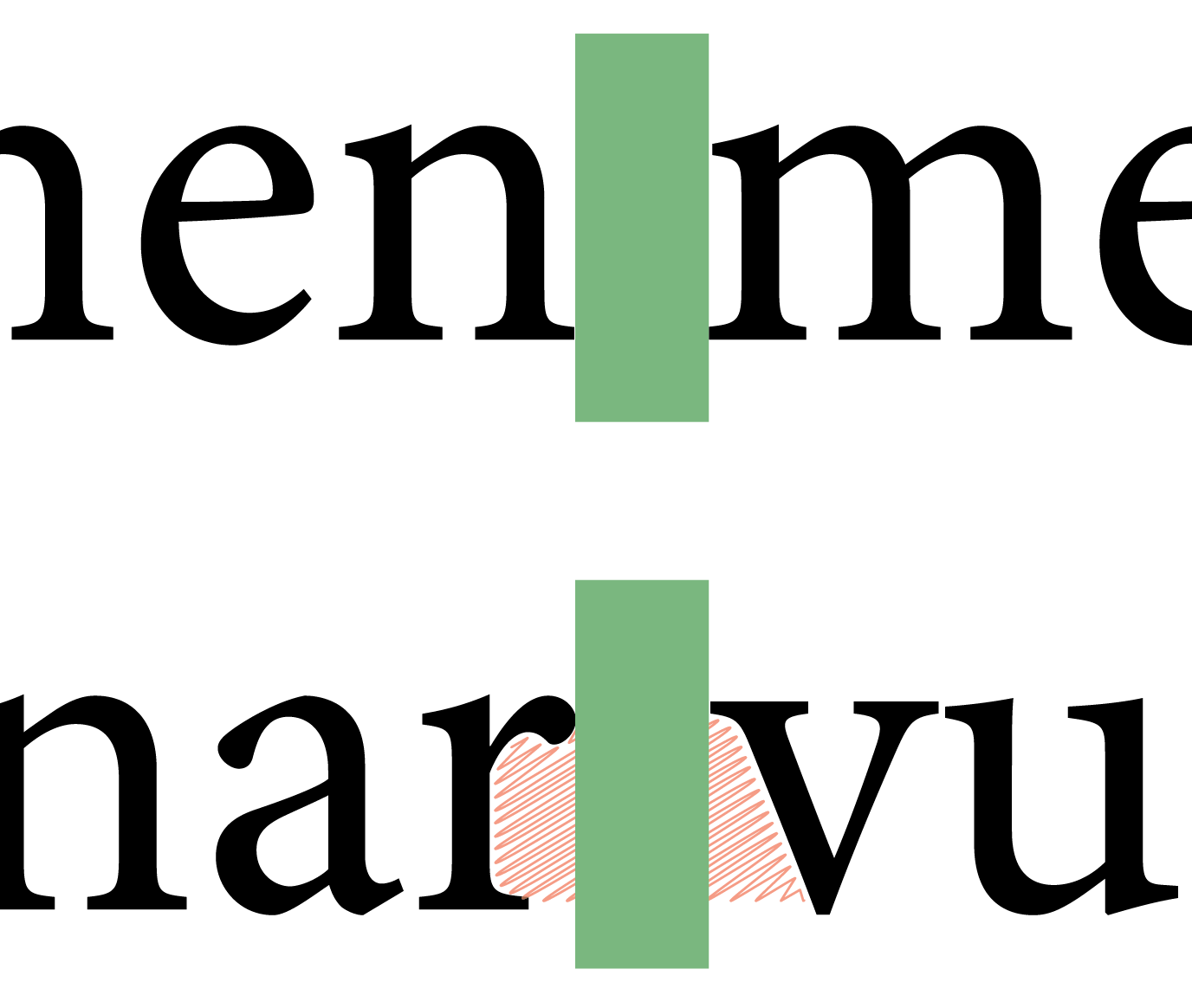 The extra space from an r or v when combined with a space may create the perception of a larger space between words. If it does they should probably be kerned.


Every Typeface is Different

All of this being said—Every typeface is different. All of these are considerations, not rules. When designing a typeface you will have to weigh up your options and decide what needs to be kerned, what doesn't, what is more important, what is an extreme edge case etc.

There are a number of tricks you can use to help with kerning. Kerning with your type upside down is one—which helps you consider the shapes and spacing of the type without focusing on the meanings of the characters or words. These techniques are out of scope for this question—but spaces should be taken in to consideration throughout the process.

Not the answer you're looking for? Browse other questions tagged typography typesetting kerning or ask your own question.

14
What is a polynomial kerning table?

83
Difference between kerning vs letter spacing?
72
What’s the right character for an apostrophe?
14
What are the origins of terms "em" and "en" as typographic units?
18
What’s the right character for a minus sign?
11
What are the origins of the commercial minus sign (⁒)?
6
Why is an el­lip­sis represented by one single character rather than a sequence of kerned dots?
5
Typographers' "canon of exemplars": What are some books that typographers think are examples of great typography?
8
Critique / improvements regarding page layout
3
Change kerning between two specific characters, in a ttf