What font is "Lunar XChange" on khronos.org

I ran across a font at this link (https://www.khronos.org/vulkan/) about half way down the page for the "Lunar G" product that says "Lunar XChange". I immediately went to all the popular font identification tools (WhatTheFont!, Identifont, What Font is), and haven't found a match. One distinctive feature that sticks out for this typeface is the lack of crossbar on the "A" character, though I suppose it's possible that it was removed from the font for the purposes of this logo. Other than that, it's you're typical geometric sans-serif typeface.

The closest I could find is Contax, which you can find here. Contax also features a Pro version, with a lot more widths and versions. The open R is almost the same, and the other letters are close. Only the G is significantly different. 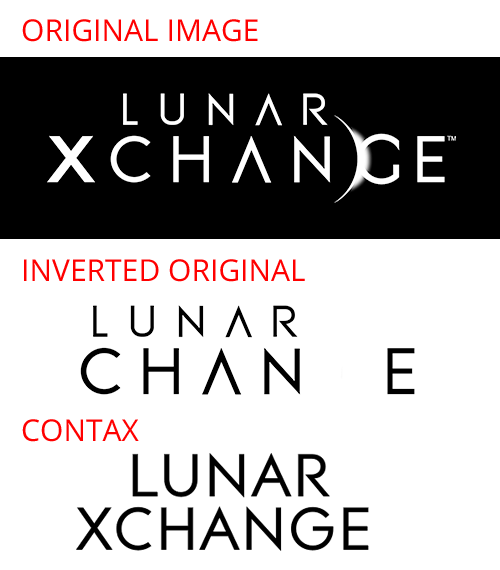 A font that resembles the above logo is the font Litera TS Bold but the letters are still inconsistent, especially the G.

EDIT: After closer inspection, the font Gotham only resembles (after modifying the font) the logo above and is not a match.

A close font (after modifying the font) to the logo above is from the Gotham font family. 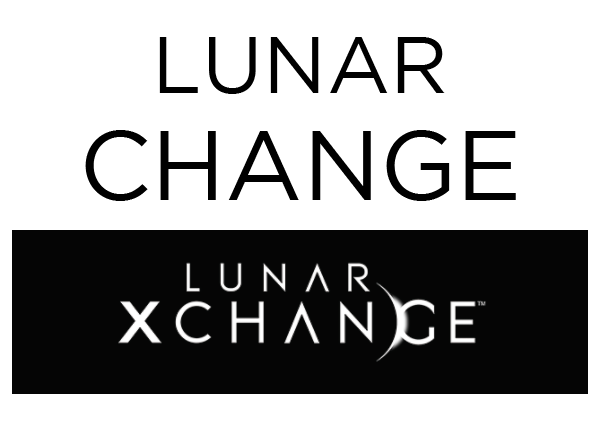 L - The crossbar in the L looks to be shortened

U - The U overall is unchanged besides shortening the width

N - The contrast of the letter is consistent with the N of the logo. It is possible the designer extended the corners of the N to create a sharp angled point.

Here is a quick change I did to the font

R - It is possible the R is modified from Gotham Book but I am not sure if this is the same font. The contrast is the same and the shape of the top of the R is basically the same except the R width is shortened if using the Gotham font.

X - I think this uses Gotham Medium and the height was shortened.

C - I don't think it was changed

H - Possibly the width was shortened

G - Take out the crossbar of the G and a little reshape of the top part.

E - The E width would be shortened if using Gotham. The lengths of the crossbars are consistent with the font Gotham.

Not the answer you're looking for? Browse other questions tagged fonts font-identification sans-serif or ask your own question.

4
I'm looking for this gothic / blackletter font (or a very similar one)
0
What font is used in Kulu's logo?
0
What is this serif font with distinctive T?
0
What is the font used on this California State Park Calaveras Big Trees information sign?
2
Help identifying font used in star charts
0
Please help identify this font - Have tried all font identifier programs
1
What font is this? I've used all the websites to find out