trying to recreate a logo & need some pointers

I am trying to figure out how to create a logo based on a series of semi-circles within another, with only one end of the most interior semi-circle extended.

This is the original logo I'm trying to recreate (found here): 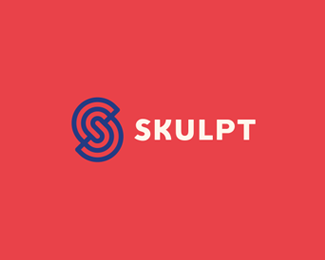 I am trying to do this while maintaining a constant and uniform angle/width between all semi-circles. I have managed to create the exterior part, by creating a circle with stroke weight: 9pt and splitting it and rounding the edges, but I am having trouble figuring out a way to approach the interior segment. 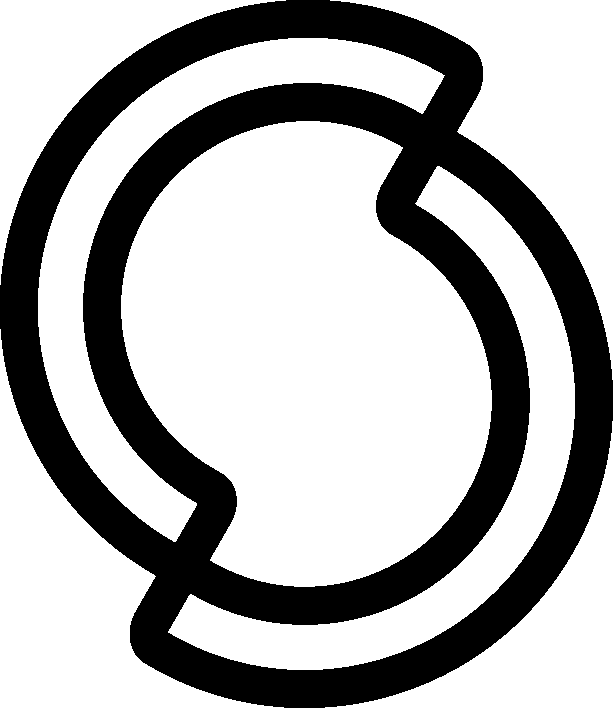 I have tried using the arc tool with the anchor points of the exterior semi-circles as a reference but cannot seem to get the angles right.

I have also tried creating smaller semi-circles but when it comes to extending one end, I am unsure of how to approach that as well and cannot maintain an even width within the semi-circles.

Beginner at Illustrator, looking for some tips. Any help is very much appreciated.

Note: blue are the shapes you keep, purple gets cut away.

Straight down the middle

Put it all together

One thing I would suggest when using geometric shapes to construct something like this is to turn the grid on and snap to the grid. This saves a lot of time worrying about dimensions and lining things up.

A quick remake of the logo: 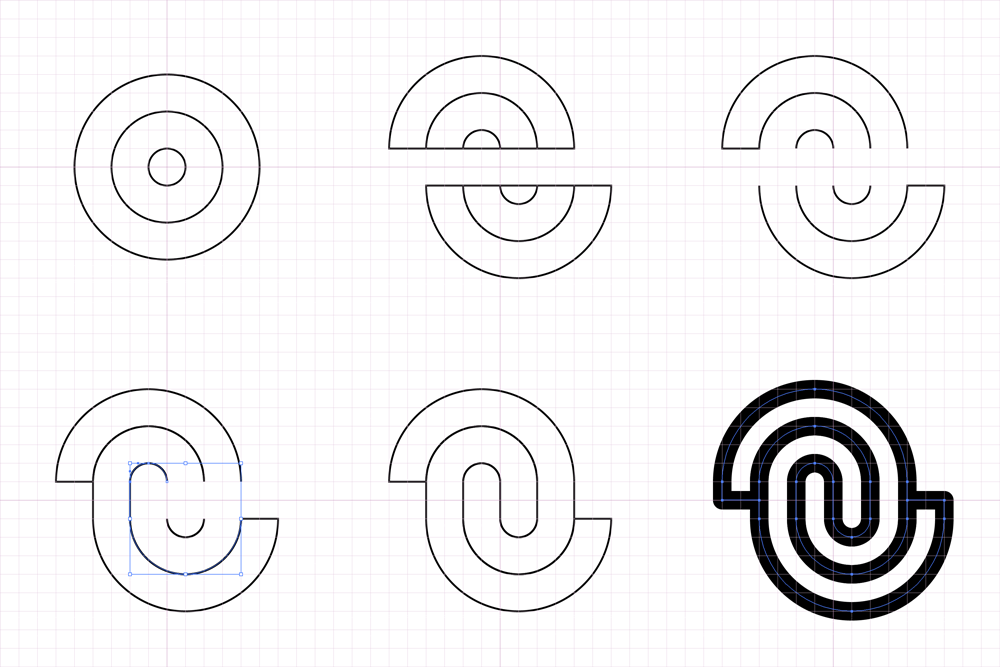 The specific steps aren't important, as these will be different depending on your desired outcome. Just use shapes and the pen tool to create what you need.

With the grid and snap on this took me about 1 min. It actually took me longer to setup the screenshot. Without the grid it would have taken me a lot longer (still not long—but relatively longer).

A quick color change and rotate and you have: 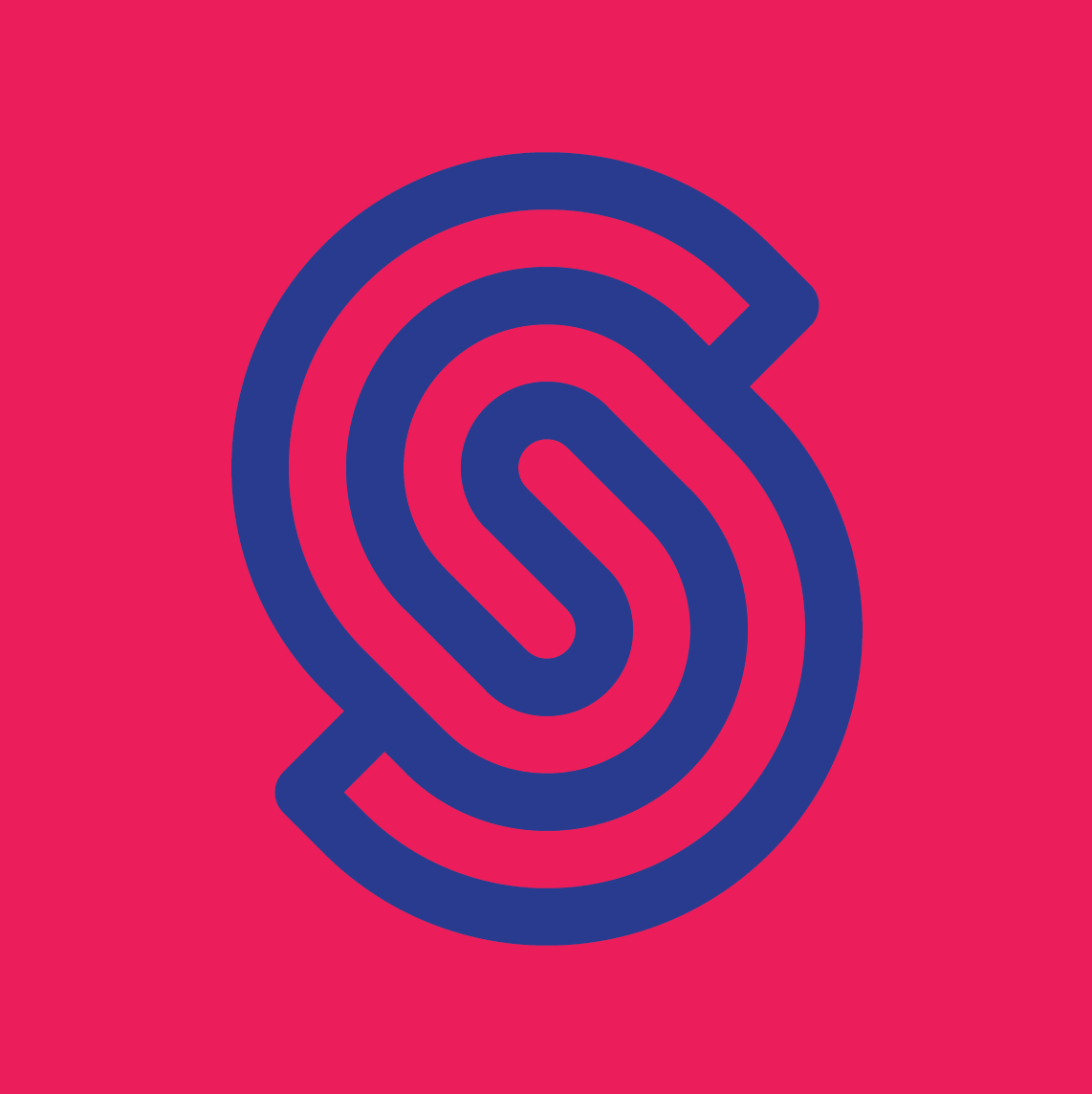 Start by looking at the image. Is there something you can simplify when analyzing it? Well first the image is clearly rotated so un-rotate it in your mind. A second simplification is to see that the image consist of 2 circles, the circle has just been cut into half and other half offset to meet the second circle*. (The arc tool in Illustrator is also completely useless so things are easier if you do not use it).

So finally you get: 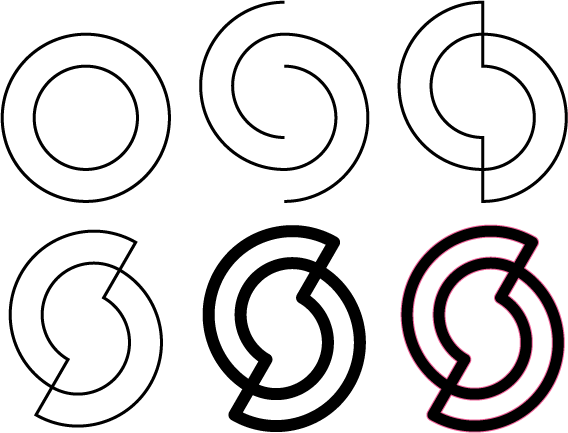 Image 1: The steps to this logo in reverse order to the visual decomposition

* There is a alternate mental interpretation in that the shape consists of two c shapes connected together: 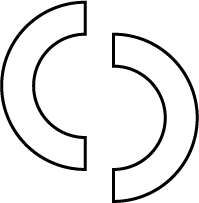 Image 2: Alternate interpretation split up so its easier to see.

note, this is to recreate the big black shape from the question. not the red/blue logo. I misinterpreted the OP. But I figured i'd leave this answer up for other people/situations.

Cut it in half

I put my thing down, flip it and reverse it

You probably don’t want to use strokes at all. Just shapes. Strokes are basically an effect. A logo wants to be made out of a single shape object.

A key concept in vector graphics is combining shapes. For example, subtracting smaller shapes from a larger shape to make holes in the larger shape. If you think of the logo you are trying to recreate as having originally been made out of a single circle of paper, you can start by drawing that circle and then creating smaller shapes to subtract from the circle to make the holes you want.

For example, here is a black circle with a gray circle sitting in front of it, with no stroke on either: 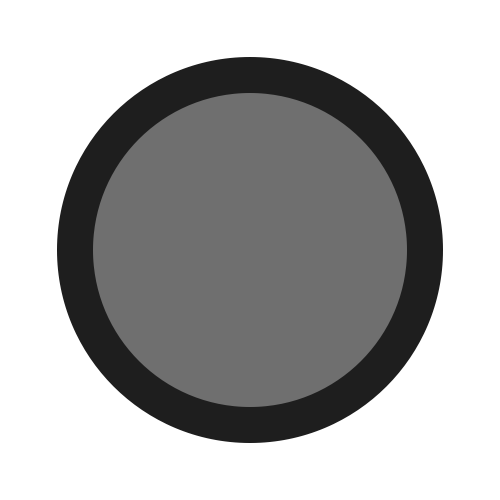 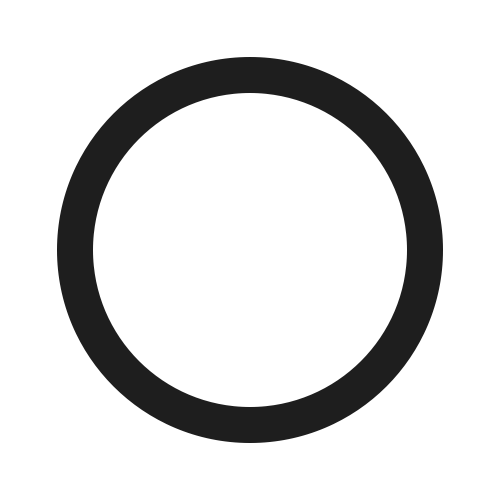 … so that we now just have a single path object that is a thick circle. You can do a lot more with that than you can with a circle object that has no fill and a very thick stroke.

In the case of the logo you are trying to recreate, you would want to create a sort of a J shape and punch that through a larger shape to get the J-shaped holes that you want. You can make the J shape by combining smaller shapes, such as a rectangle and a circle. To get the cut in the bottom of the J, you can subtract a small circle from it.

So the thought process is one of manipulating paper shapes and cutting holes in them and gluing them together until your result is a single path object that has fills but doesn’t necessarily have strokes.

Also, since the logo you are making has symmetry, you might want to just create half of it, then duplicate and mirror that half and combine it with the opposite half to create your final logo. You can also create it at first so that the symmetry line is vertical, and then in your very final step, rotate it to give it the offset that you want.

How to combine objects in Illustrator

0
Trying to recreate graphic from image as a vector
2
Dividing a colour wheel (gaps)
23
How does Yoga Perdana colorize his illustrations?
0
How to make two white paths and a white fill transparent over a black image in illustrator?
1
How to create this "clover" image on Illustrator
8
AI positioning circles within an arc at equal distances and heights
1
How to join a path that connects two parts of a circle
2
Compass "ticks" around a circle in Illustrator