How to "detach" or separate parts of a vector image in Illustrator CS5?

I scanned a sketch of a wreath of flowers with stems and leaves that I drew, changed it to a vector image, and I am now trying to color parts of it different colors.

But because the stems and the flowers are touching, I can't paint the stems green without the flower parts turning green as well. How can I get Illustrator to recognize the two parts (stem and flower) as separate objects? I have tried using the scissor tool, but it make the vector image not work. 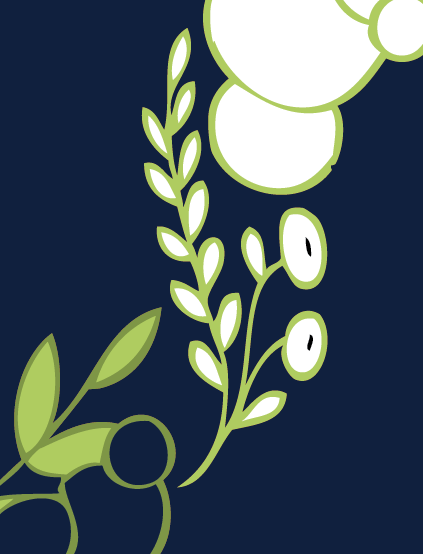 Right now the green is one shape so you need to break it up in to different shapes. You were probably on the right track with the scissors tool, there are some other, possibly easier methods though.

If you use the scissors tool, to 'fix' the image, you need to re-join the paths. This is because you now have open paths where you had a closed shape before. Since using the scissors tool will leave overlapping points where you cut the path its normally easier to move one section then move it back after re-joining the paths.

A quick example to illustrate what I mean:

Another option is to use the Pathfinder tools. You draw an overlapping shape, divide the shapes and delete the unwanted areas. A quick example using Divide:

2
Opening Adobe illustrator CS5 file in CorelDRAW X5
1
How can I draw different light shades inside an object?
3
Trouble with closing pen tool lines in Illustrator for vector illustration
4
"Cutting" a shape in Illustrator
0
How to create a custom font with multi-part glyphs?
0
InDesign CC: Relinking an .ai-file with multiple pages
8
How can I easily separate components of a Kanji character in Illustrator?
1
Why are these objects transparent everywhere?
1
Can a combination of purple-green or pink-green make a design look bad?
1
Illustrator: How to trim of the edges of a line such that the line is aligned with the boundaries of a rectangel