How to prevent interpolation between keys in 3ds max

I have an object passing in front of the screen , when the object is offscreen, I move it again on top of it so it "falls" again. The problem is that the 3ds max interpolates the key "on return" and the object is visible during a single frame.

Is it possible to set the key as "non-contiguous"?

Initially, I'd like to ask, if when on the way back up, you have the two keyframes set to only one frame apart. If so, you shouldn't see any movement by that object through the camera frame at all. Such as this: 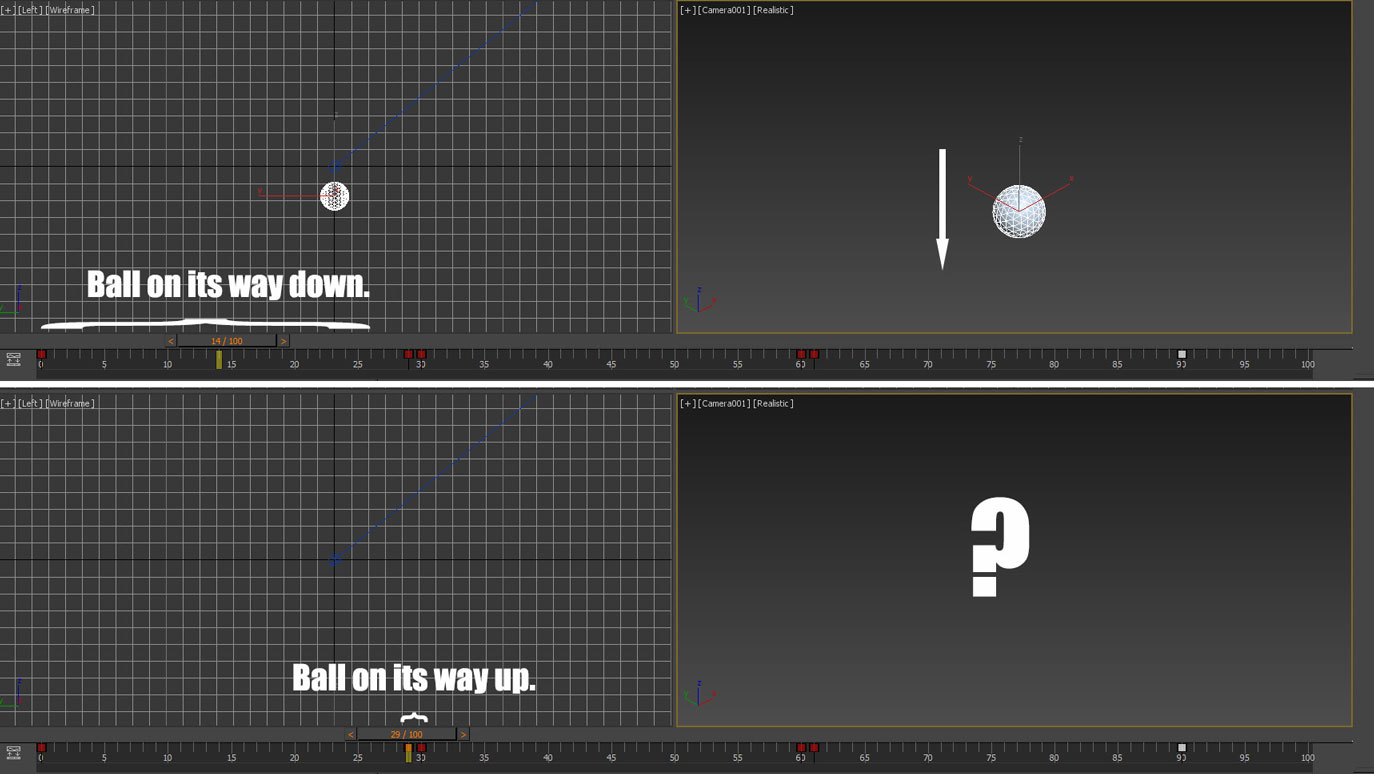 I would animate the object's visibility to 0 during the frame(s) in which it passes the camera on its way back up.

Another solution would have it move off screen on the x axis, up, back across and then fall again so that it passes the camera only in the downward direction. Perhaps have it follow a path shaped like a capital "D" where it falls past the camera on the vertical part of it and semi-circles around, out of camera view.

Lastly, but a more complex solution, would have you utilize a particle system to repeatedly emit your object (at regular or irregular intervals) in one direction and set a life that expires soon after it passes the camera.

Not the answer you're looking for? Browse other questions tagged animation 3ds-max or ask your own question.